Most Important Symbols in The Great Gatsby, Analyzed 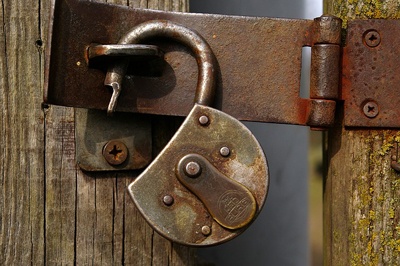 Have you ever come across an object or an image in a book that was really over-described? That the author seemed way too over-invested in? Most of the time, that feeling is a hint that what you've encountered is a symbol! The Great Gatsby features many objects and images that pop up exactly like this.

But how do you interpret Great Gatsby symbols once you've found them? And how can you find symbols that don't have as much signposting around them? In this article, I'll take you through an explanation of what symbols are, how to locate them, and how to write about them. I'll also point you to in-depth articles about each of the most important symbols in The Great Gatsby.

Roadmap to This Article

Our citation format in this guide is (chapter.paragraph). We're using this system since there are many editions of Gatsby, so using page numbers would only work for students with our copy of the book.

To find a quotation we cite via chapter and paragraph in your book, you can either eyeball it (Paragraph 1-50: beginning of chapter; 50-100: middle of chapter; 100-on: end of chapter), or use the search function if you're using an online or eReader version of the text.

What Is a Symbol?

Think about your own life. You probably save mementos from travel, or meaningful events, because they represent the experience or your connection a person rather than simply because they are airplane tickets or dried flowers. Just like these mementos are symbols of your feelings, memories, or hopes, so a symbol in a work of literature is something concrete that stands for an abstract idea.

In other words, it's when an object, a character, or a place doesn't just represent that type of object, but also evokes a feeling or a concept. This means that symbols have several layers of meaning, most of which are often hidden at first. What you are doing when you interpret a symbol is going above and beyond the object's literal definition to see a deeper, less obvious meaning.

Remember, symbols do not always have the same meaning or interpretation, so a particular symbol's significance varies depending on context between different works, or even within the same work.

A symbol isn't the same thing as a motif. A symbol occurs once or a few times, but a motif runs through the whole work.

A symbol tends to be something concrete that represents or stands for an abstract idea or concept, but a motif's meaning typically comes from the different ways and situations in which it recurs.

For example, in The Great Gatsby, one important symbol is the green light on Daisy's dock, which is a concrete object that also represents the abstract concepts of yearning and the American Dream. Those same themes are also connected to one of the novel's many motifs—Gatsby's verbal tic of calling everyone "old sport." This phrase isn't a symbol, but its oddness point to the not-quite-successful way Gatsby is trying to act like the social elite.

That being said, you could always make the case that a particularly resonant instance of a motif is in itself a symbol of some idea! In literary analysis, to the maker of the best argument go the spoils.

A symbol isn't the same thing as a theme. Symbols are objects that carry a literal and one or several figurative meanings, while themes are central ideas that can usually be summed up in a word or a phrase.

Symbols help explain themes, demonstrate varying versions of a theme, or build emotional richness into the way a theme works in the book you're reading. For example, one theme in The Great Gatsby is "morality and ethics." But we can't know what the novel wants us to think about morality or ethics until we notice that the only symbolic representation of a higher moral power in the book is the inanimate billboard of Doctor T.J. Eckleburg. This symbol represents a lack of moral oversight in the world of the novel. 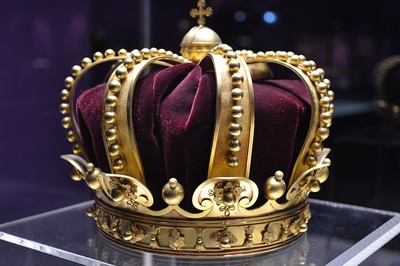 This crown: a symbol of monarchy? Of imperial oppression? Of unbearable ostentatiousness? Depends on the context.

Why Do Authors Use Symbols?

At its core, a symbol is a literary device that enhances fiction by building richness and adding color, depth, and realism. Rather than having the author have to explain everything in a heavy-handed way, symbols allow readers to discover connections between characters, bits of plot, and different settings on their own.

Authors also use symbolism to tie certain things that may initially seem unimportant to overarching themes, or to connect disparate objects or places to unify a work—all without having to be didactic or moralizing. For example, in The Great Gatsby, the symbol of the valley of ashes connects West and East Egg to the industrial poverty that the rich Long Islanders would rather simply ignore.

Finally, symbols create a more active and engaging reading experience for you! Hunting for symbols and interpreting their meaning makes you think, and it also makes you have a much more visceral, emotional reaction to the abstract ideas central to the book. In the case of The Great Gatsby, watching Gatsby reach in vain for the green light makes us feel his yearning much more than if the author had simply written, "Gatsby wanted to reunite with Daisy."

How Do You Find Symbols?

Mostly likely, your assignment will pick out specific symbols for you to analyze. However, often teachers ask you to find and explore a symbol of your own choosing.

So how do you know what's just a thing and what is imbued with a deeper meaning?

First, you have to realize that almost anything can be a symbol. 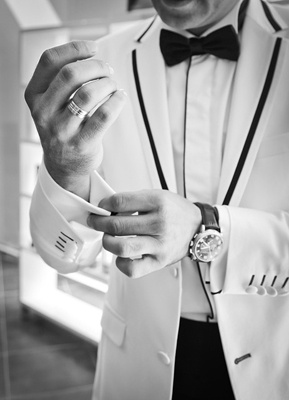 Is adjusting a cufflink: a symbol of impeccable taste? Prissy fussiness? Anxiety? Depends on who is doing it and why.

Some symbols are culturally universal. That means that in almost every place, these objects will have layers of meaning built into them. So feel free to interpret these universally meaningful symbols in any work you come across! Here are some examples:

Many symbols aren't ones that have universal associations, but are instead more idiosyncratic and book-specific. Here are some tips for how to locate these less obvious Great Gatsby symbols.

Why is that chair not like the others? What does symbolize by standing out?

Tips and Advice for Writing About Symbols

Most of your assignments will ask you to analyze a symbol and explore its significance in the novel. So how do you do this well? There are two different types of essay you can build.

How to Write an Essay Built Around Close-Readings

This kind of essay is a great way to show your engagement with the text. Because you'll stay so close to what is on the page, you'll be protected from making your essay too broad, generalized, and unsupported by evidence. How do you write this kind of essay?

When you're planning your essay, look for each instance of the symbol you'll be discussing. One good way to do this is to use an online, searchable version of the text here (like this one or this one), and search for keywords associated with your symbol. Remember to first read the book all the way through to know what you're looking for, and to try several versions of your keyword when searching.

When you're writing your essay:

How to Write an Essay Built Around an Argument

This type of essay is great if you're making a statement about why a symbol is the way that it is, or why it's being used to represent what it represents. You can use it to show your understanding of the book as a whole. How do you write this kind of essay?

First, follow the same planning steps as the close-reading essay above. Then: 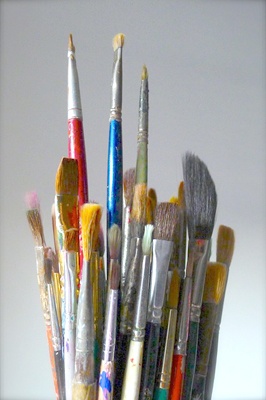 Do these paintbrushes symbolize creativity? Sure. A wealth of resources? Maybe. Industrialist waste? Probably not.

This novel is very rich, symbol-wise. For in-depth discussion of the most important object symbols, check out our articles on:

Some characters (primarily the women) are often treated as symbols as well. For more on how that works, read our guides to:

Learn how to write about the themes in The Great Gatsby that symbols are usually linked to.

Explore the differences between symbols and motifs further in our overview of The Great Gatsby's motifs.

Brush up on the context of these symbols with our summary of The Great Gatsby.

Get help on other assignments by reading our guides on analyzing or comparing and contrasting characters and learning how to identify personification, imagery, tone words, and rhetorical devices.

Need help building your vocabulary to analyze other works of literature? We teach you all the literary devices you must know, the literary elements that appear in every story and first/second/third person POV here. If you're analyzing poetry (or Shakespeare), you'll also want to check out our articles on iambic pentameter and assonance.