The History of the ACT Test 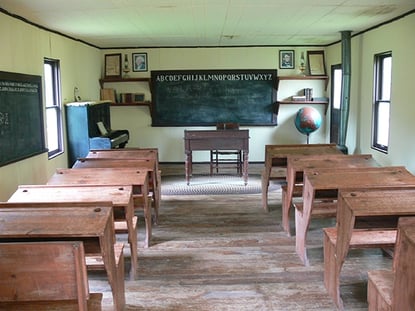 How did the ACT get started? And how did it become the test it is today? Read on to learn more about ACT history, its successes and failures, and how things might change for it in the future.

In 1959, an education professor at the University of Iowa named Everett Franklin Lindquist developed the ACT as a competitor for the SAT, which had been around for about 20 years as a mainstream college admissions test.

The ACT originally stood for American College Test and was based off of the Iowa Tests of Educational Development. The goal for the ACT as an alternative to the SAT was that it wouldn’t just test cognitive reasoning; it would test information actually learned in school. It was the first standardized test to include a science section. It was also more focused on identifying strengths and weaknesses to guide student placement rather than determining cognitive reasoning strength across the board like the SAT.

The first ACT was administered to 75,460 students in 1959. The original sections were English, Mathematics, Social Studies, and Natural Sciences, with 45 minutes for each section and scores on a scale of 0-36. It gained popularity as a college admissions exam in the central and midwestern US where the SAT had not yet established its dominion. In fact, part of the purpose of the ACT was to provide other colleges and public universities with an admissions exam to use since the SAT was only used by selective institutions in the northeast.

By 1972, the number of students taking the ACT had grown to over a million!

In 1989, the “enhanced ACT” was released, bringing us nearly up to speed with the current version of the test that we all know and love.

The Natural Science section was replaced with Science Reasoning. This was a move towards de-emphasizing specific scientific knowledge and instead just testing core analytical and problem-solving skills.

There were also some changes to the Math and English sections. In math, trigonometry and pre-algebra were added as topics. In english, the test began to focus less on grammar and more on writing skills like coherent organization of thoughts.

Scores from the old test to the new test were not directly comparable. On the new test, average composite scores rose two points, and the range of scores became 1-36 rather than 0-36.

After this big change, some minor changes continued to be implemented. In 1996, the ACT redefined its name so the letters no longer stood for anything, and in 2005, the ACT added an optional Writing section (a 30 minute essay) so that it could more directly compete with the essay requirement on the SAT.

Starting in 2015, the format of the essay was changed slightly. Students are now given 40 minutes to write, and the Writing section is scored out of 36 rather than out of 12. Prompts deal with how students interpret big changes that are going on in the world, opening up the essay to a broader focus than previous prompts that focused on issues specifically related to high school.

The ACT has now surpassed the SAT as the most popular college admissions test.

Successes and Failures of the ACT

The ACT today has many of the same problems as the SAT in terms of the achievement gap between minority/low-income students and white/high-income students. The percent difference between black and white students meeting the ACT’s benchmarks for college readiness across subjects ranges from 35-42%. According to the chart below, the percentage of African American students passing 3 or more ACT benchmarks lingers around 10%, whereas for white students it’s about 50% and for Asian students it’s almost 60%.

The ACT, just like the SAT, has had little success in terms of leveling the playing field between races and income levels and creating an objective test.

The ACT does seem to have recognized that this battle needs to be fought at a lower level in education. Many students who do poorly on the test are victims of years of subpar learning experiences. ACT Aspire is a system created by the ACT to track students from a young age based on Common Core standards to make sure they are reaching appropriate goals. So far, however, it has not had a very broad reach.

The ACT overall does have much more straightforwardness and consistency in its testing model than the SAT, which makes it a better option for many students. Some people might argue that it’s a fairer test, and it's definitely less tricky in a lot of ways. However, it still hasn’t overcome the achievement gap.
The ACT may be less entrenched in notions of elitism than the SAT, but it still contributes to the same problematic systems.

It’s tempting to think of the ACT as a lovable underdog that overcame all odds to beat the snobby SAT in the college admissions test market. However, ACT, Inc. has almost as many issues with its supposed non-profit status as the College Board.

In 2009, the CEO of ACT, Inc. was compensated over a million dollars. Just like the College Board, ACT, Inc. pays its executives at levels that are much higher than the average for most nonprofits. ACT, Inc. also sells test prep materials for its exams to increase revenue. The goal of the ACT is the same as that of the College Board: get as many people to buy into their tests and programs as possible.

The ACT has surpassed the SAT as the most prevalent admissions test, so it has been pretty successful with this goal. Still, it may have to play catch up again after the SAT revamps its test model in 2016. The new SAT is going to be more similar to the ACT (less confusing question phrasing, trigonometry in the math section) so it should be interesting to see which one ends up dominating the market.

The ACT was created in 1959 as competition for the SAT. It was supposed to be an achievement test that dealt with content learned in school rather than just cognitive reasoning skills. However, it moved closer to the SAT as time went on, especially when the Science and Reading sections were created in 1989.

The ACT has similar problems to the SAT in terms of the achievement gap and its questionable non-profit status. Even though it is often thought of as a fairer and less confusing alternative to the SAT, it’s really a pretty similar test at this point.

It’s possible that the release of the new SAT and increased pressure from colleges for a more reliable performance assessment will catalyze changes to the ACT. Hopefully we're getting closer to creating assessments that are both fair to students and reliable as higher education standards.

Wondering whether you should take the ACT over the SAT? Check out these comparison charts to see the differences between them.

If you want to try your hand at an ACT practice test, here's a link to some free full tests!

You should also take a look at this list of test dates for the upcoming school year so you can start thinking about when to register for the ACT.