How to Make Orange in 2 Easy Steps 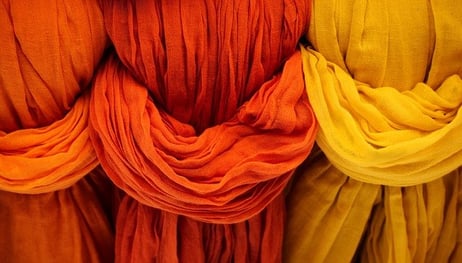 Let’s say you’re working on a painting, and you need to mix the perfect shade of orange. You may find yourself wondering, “How do I make orange? And how do I get the color exactly right?”

Learning to make orange colour is fairly simple, but to understand how to make specific shades, you’ll need to know more about both physics and color theory. But don’t worry: we’re here to help! This article will teach you everything you need to know about what colors make orange, including:

There’s a lot to cover, so let’s get started.

How to Make Orange: A Quick Overview

Depending on how much red and yellow you mix together, you can get different shades of orange. For instance, marigold will be a more yellow shade of orange, whereas fire will be more red. And mixing in white or black will make the shades lighter or darker.

Of course, there’s more to making orange than just mixing things together. There’s actually a lot of science behind it! Keep reading to learn everything you need to know to about the color orange. 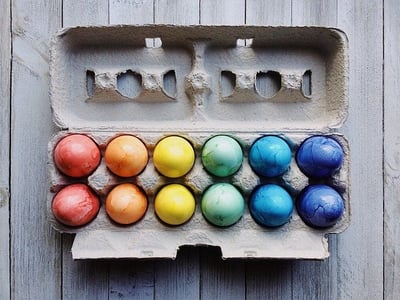 If you find yourself without orange Easter egg dye, you may need to cobble something together. Science can help you figure out how to mix the perfect shade.

In order to really understand how to make orange, you have to understand what color is...which means you also need to know how light impacts color.

Here’s how the color experts at Crayola explain the relationship between color and light:

When light shines on an object some colors bounce off the object and others are absorbed by it. Our eyes only see the colors that are bounced off or reflected.

The sun’s rays contain all the colors of the rainbow mixed together. This mixture is known as white light. When white light strikes a white crayon or marker barrel, it appears white to us because it absorbs no color and reflects all color equally. A black crayon or marker cap absorbs all colors equally and reflects none, so it looks black to us. While artists consider black a color, scientists do not because black is the absence of all color.

In other words, different wavelengths of light bounce off of objects...which is what creates different colors!

So what is a wavelength, exactly? Think about light as if it were water at the beach. Sometimes the waves come in high and close together. At other times, the waves come in low and far apart. If you were to measure the length of those waves, you’d start at the crest (highest point) of one wave and measure to the crest of the next. That would give you the wavelength of the water on the beach.

Light works very similarly, except the waves are much smaller and closer together. Your eyes measure these lengths as they bounce off an object, then your brain translates that information into color.

The whole range of possible wavelengths is called the “spectrum.” Here’s an illustration of what the visible light spectrum looks like: 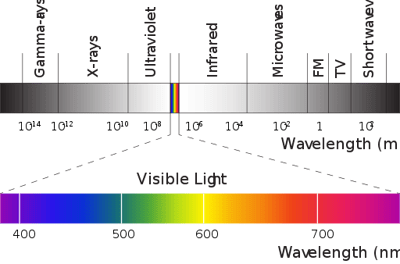 The wavelength of light is measured in nanometers (nm). The longer the wavelength, the “warmer” the color appears. But it turns out that we can only see a tiny, tiny portion of the entire spectrum of light--only those wavelengths between about 400 and 800 nanometers, and the possible wavelengths of light extend almost infinitely in either direction outside that tiny range. Some animals, like snakes and birds, can actually see more of the available spectrum. The range that we can see unaided by technology is called the “visible spectrum.”

If you look at the chart, you’ll see that orange wavelengths of light are around 600 nanometers in wavelength, and is one of the longer wavelengths than we can see.

Interestingly enough, when you mix together some objects that reflect light differently, their ability to reflect light gets mixed together as well. This happens in two different ways: additive mixing and subtractive mixing.

How to Make Orange: Additive Mixing

Additive mixing happens when wavelengths of light combine with one another. This is how your television works! We already know that the orange wavelength of light is 600 nm or so. But if two or more other wavelengths combine to equal 650 nm, they can appear orange, too. So if an ultraviolet light wave measuring about 150 nm combines with a purple light wave (that’s 450 nm), your eye will perceive it as orange!

How to Make Orange: Subtractive Mixing

Subtractive mixing happens when wavelengths are removed from the visible light spectrum through the use of physical mediums, such as paints or dyes. This process is called subtractive color because the colored pigments create layers that absorb some wavelengths and reflect others.

So how do you make orange? What two colors make orange? If you mix red and yellow together, you get orange! That’s because the pigments cancel each other out until only light in the 600 nm range gets reflected. 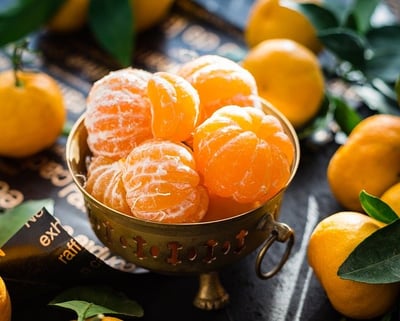 Is Orange a Fruit or a Color?

As colors go, orange is a relatively recent phenomenon. The color orange is named after a type of citrus—specifically the Citrus sinensis, or sweet orange.

The name for the color orange didn’t exist in the English language until the fruit was imported by the Portuguese in the 15th century. Previously, the color was simply called reddish-yellow--or often simply red. That's why orange things that were named before we had the word “orange” are often called red instead. For instance, check out the Robin Redbreast bird that’s common in England...but definitely has an orange chest. 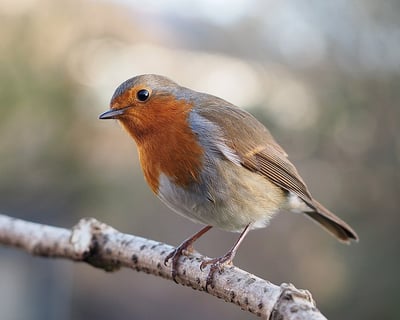 Another example is people with red hair. We call them “redheads,” even though natural red hair is usually more orange in tone!

Now that you know how to make orange, here are some examples of different varieties of shades and tints of orange that you can make.

What two colors make orange? Yellow and red! But if your mix has more red than yellow, the resulting shade of orange will look more reddish.

Orange tints that are more on the reddish end of the spectrum would be: 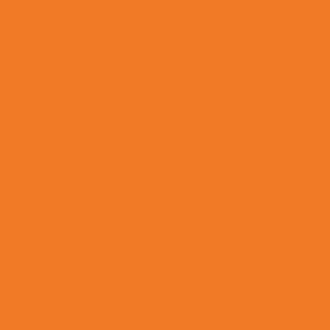 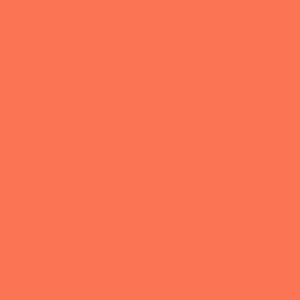 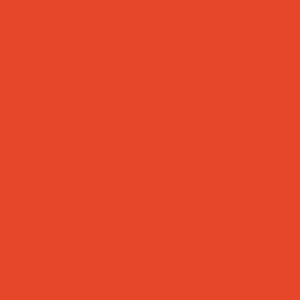 If you add more yellow than red when you’re making orange, you’ll end up with an orange colour with yellowish tones. Here are some examples: 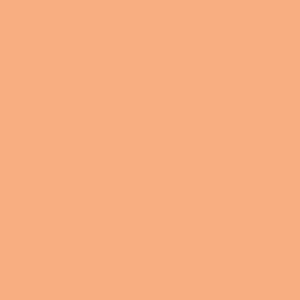 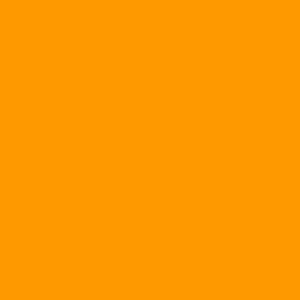 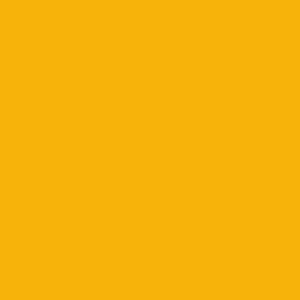 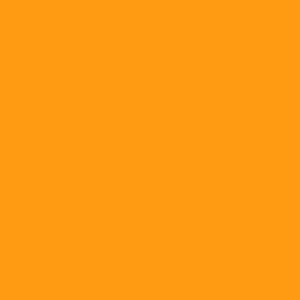 When you add white to a color, you lighten its tone. So by adding white to orange, you’ll get a paler, more pastel shade.

Here are some popular light tints of orange: 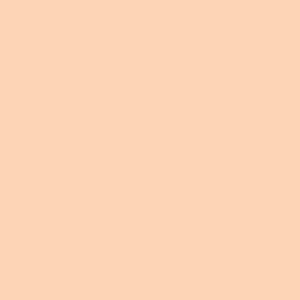 Oranges that have added black or grayish tints are popular because they create an understated, subtle orange that doesn’t clash as much with other colors.

Here are some popular shades of dark orange: 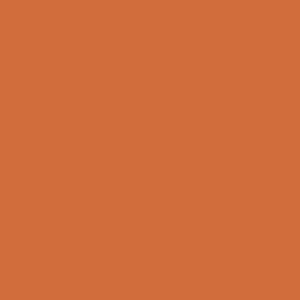 Other Colors in Tints of Orange

Here are a few other colors you can make using the colour orange.

What color does orange and green make? Brown! 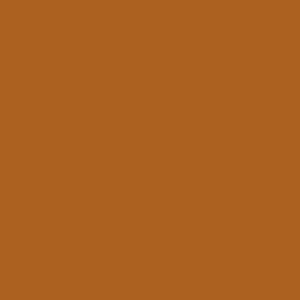 What color does pink and orange make? Salmon! 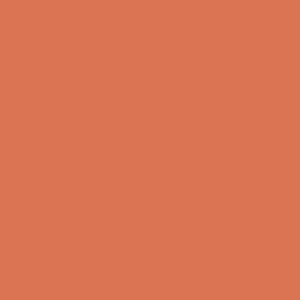 What color does orange and black make? Burnt Umber! 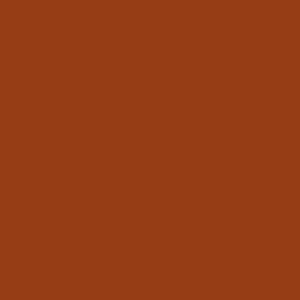 What color does blue and orange make? Brown! 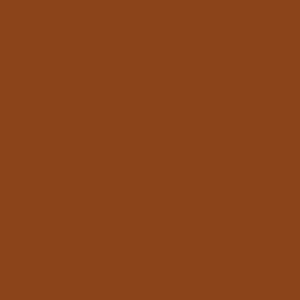 3 Tips for Getting the Perfect Shade of Orange

Now that you’re an expert on orange, here are three tips to help you mix the exact tint of orange you want. I highly recommend using the color matching company Pantone’s online color tool as a way of helping you visualize various hues of orange.

In color, “hue” refers strictly to the colored pigment or combinations of pigments without white or black added. This is what creates pure, bright color. The brighter the hue, the brighter shade of orange you’ll get. So if you want a bright citrus color orange, crank up the hue!

The relative lightness or darkness of a color is called its “value.” Typically orange colors with a lighter value will look paler and more pastel. If you want a light color orange, try going for a melon or peach color!

In contrast, orange colors with a darker value will appear richer and more subdued. So if you want a more subtle orange, try going with a spice or rust color.

Colors that have a lot of white or black added are less saturated, and they’re considered less intense and more delicate. So salmon, for example, would be an unsaturated shade of orange.

By using all three of these tips, you’ll learn how to make orange colour in a hue that excites you. And remember to start with the two colors make orange: yellow and red!

If you’re interested in color because you’re an artist, then you may want to study art when you’re in college, too. Here’s everything you need to know about getting into college as an artist so that you can pursue your passions.

Many art departments will require you to submit a portfolio as part of your application. Here’s how to compile a portfolio of work that makes reviewers sit up and take notice.