What Is a Baccalaureate Degree? How Does It Differ From a Bachelor's? 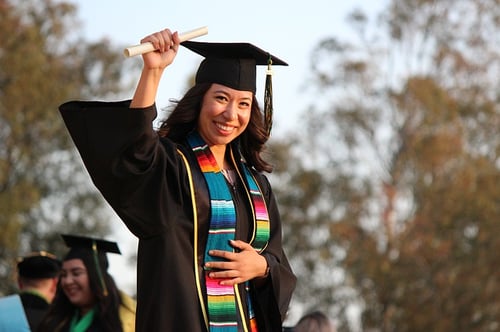 Baccalaureate degree vs bachelor’s degree: you’ve likely heard and used that second term before, but maybe you’re not so sure what the first one means. Is it a different type of degree altogether? What is a baccalaureate degree and what does it do?

The word "baccalaureate" comes from the Medieval Latin word baccalaureātus, meaning the initial, or first, degree you obtain at a university.

So how long does it take to get a baccalaureate degree? A typical baccalaureate program lasts four years, but some students might earn their degrees in slightly less time (e.g., three years) or slightly more time (e.g., six years).

The field you study is completely up to you but does depend on what is offered at your particular school. For example, MIT specializes in STEM majors, so if you’re hoping to get a baccalaureate degree in comparative literature, another college would probably be a better choice.

The number of credits you’ll need in order to get a baccalaureate degree varies depending on the college and the type of academic calendar it follows, but normally you’ll have to have around 120 semester credits or 180 quarter credits. This is, again, usually spread out across four years of continuous study.

Note that only about 30-36 credits will be specifically for your major—the rest will go toward your minor or second major, General Education requirements, and your electives.

How Does a Baccalaureate Degree Differ From Other Types of Degrees?

We know that a bachelor’s degree and baccalaureate degree are the same thing, just with different names. But how does a baccalaureate differ from other types of degrees?

To answer this question, let’s first take a look at the four kinds of degrees you can get:

The lowest degree you can get in higher education is an associate degree, which takes around two years and is offered mainly at community colleges. Many associate degrees are designed to teach you a specific trade so you can enter the workforce directly after college. Altogether, it’s less intensive (and less expensive!) than a baccalaureate degree.

A master’s degree is a type of graduate degree, with programs lasting one to three years (typically two years in the US). In these programs, you study a specific field or area, narrowing your focus even more than when you got your bachelor’s. Master’s degrees can be either academically oriented or professionally oriented. A baccalaureate degree is almost always a prerequisite. Many master's programs require you to write a master’s thesis as well.

Finally, a doctoral degree, or doctorate, is the highest degree you can receive. These degree programs last five to eight years and require you to write a heavily researched dissertation. You’ll usually need at least a bachelor’s degree to apply, sometimes a master’s.

As you can see, these four degree types are all very different from one another!

The chart below summarizes the main differences between a baccalaureate degree and the three other degrees: 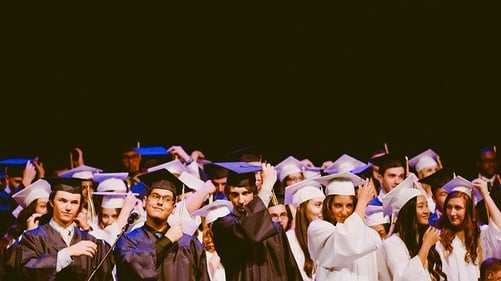 What Types of Baccalaureate Degrees Can You Get?

As you likely know, there’s no single type of bachelor’s, or baccalaureate, degree. Depending on your major, you can get one of several kinds of bachelor’s degrees.

Here are some examples of baccalaureate degree types:

Note that this is not an exhaustive list of all types of bachelor’s degrees.

You should also know that, in many cases, there is very little to no difference between some of these degrees. For example, at many US universities, a BSE is considered identical to a BE.

The basic rule to remember is that the BA, BS, and BFA degrees are more academic and theoretical than the more focused and career-oriented degrees, such as the BArch, BE, and BBA. Although the majority of colleges offer BA and BS degrees, only some offer these rarer professional degrees.

Is a Baccalaureate Degree Right for You? 4 Questions to Ask

While most high school seniors go straight into college to get their bachelor’s degrees, not all do—and that’s perfectly OK! After all, college is expensive and a big time commitment, so it’s important that you take the time to see whether a baccalaureate program is right for you.

Here are four questions to ask yourself before you start applying to colleges.

This is probably the most important factor to think about when it comes to figuring out whether a baccalaureate program is right for you: do you want to continue learning? If your answer is yes, then it’ll be in your best interest to earn either an associate degree or a baccalaureate degree.

But which undergraduate degree type suits you better?

If you have an academic field in mind that you really want to learn more about—perhaps you just fell in love with chemistry but didn’t get a chance to study it much—a bachelor’s degree program can give you the time to home in on this topic and develop a high-functioning understanding of it.

Or maybe you want to keep learning but would rather spend less time in school and would like to focus on a particular career field. In this case, an associate degree might be a better fit for you.

Just be aware that bachelor’s degree holders usually have more job options and higher salaries than do associate degree holders (and those with only a high school diploma or GED).

#2: Is There a Specific Career You Want That Requires a Bachelor’s?

If there’s a certain career you want that requires at least a baccalaureate degree, then getting one will be the most logical next step for you to take.

These days, most employers strongly prefer or require candidates to have a minimum of a bachelor’s degree, often in a field related to the job being offered. For example, the majority of architecture engineering jobs require you to have at least a bachelor’s degree—and that’s just for entry-level work!

So if you opt not to get a bachelor's degree, know that it might be a lot more of a struggle for you to smoothly establish the career you want. 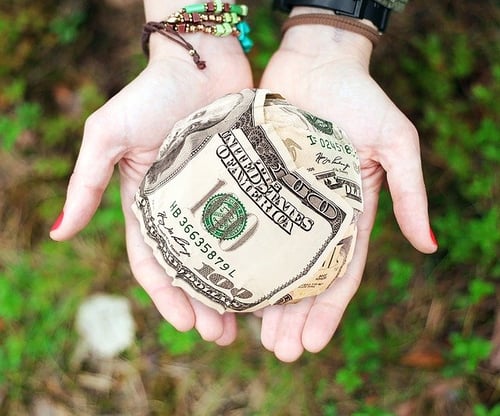 #3: Can You Afford to Attend College?

As you’re probably well aware, college can cost a ton of money, especially in the US. If you’re going for a bachelor’s degree, you have to be ready to pay quite a bit for your education.

Ultimately, how much you'll pay in tuition and fees will depend on several factors, including whether you’re an in-state or out-of-state student (for public universities), whether you qualify for need-based aid, and whether you’ve won any merit scholarships.

The following chart shows the average cost of tuition and fees at different types of US colleges:

Source: The College Board Trends in College Pricing 2019

Generally speaking, the cheapest way to get a baccalaureate degree is to go to a public, four-year university in your state. For example, if you lived in Michigan, you'd save money by going to a state institution, such as the University of Michigan or Northern Michigan University, instead of attending a private school or a public school in another state.

That being said, many top-tier universities offer incredible financial aid to students, so it's certainly possible that you could attend an expensive private university for free (or close to it)!

Even in the case that the college you want to go to is expensive and doesn’t offer that good of aid, you can still apply for external scholarships through organizations and companies to help offset some of the costs.

On a related note, don't forget that you do have the option of first attending a community college before transferring to a four-year university to get your bachelor’s degree. This could save you lots of money, since two-year colleges are by far your cheapest option for higher education.

#4: Do You Plan to Go to Graduate School Eventually?

If you at all see yourself eventually going to graduate school, whether it’s to get a master’s degree or a doctorate, it’ll be worth getting that baccalaureate as soon as possible.

Remember that you can’t get a master’s or doctorate without first getting a bachelor’s, so there isn't much point in putting off college unless you’re OK with putting off your whole career.

Furthermore, it’ll probably be easier to get your baccalaureate while you’re still young, as you likely won't already have an established career and won’t have as many financial responsibilities.

Wrap-Up: So What Is a Baccalaureate Degree?

What's the difference between a baccalaureate degree vs bachelor’s degree? Nothing! The two are  the same exact thing, believe it or not.

But a baccalaureate is just one type of degree: others include the two-year associate degree, the master’s degree, and the doctorate, which is the longest and arguably most challenging of the four.

Not sure whether a baccalaureate program is right for you? Then ask yourself these questions:

In the end, it's up to you to decide whether a baccalaureate degree is the best path to take!

Debating whether college is right for you? Then read our guides to the pros and cons of getting a baccalaureate degree and how to choose which colleges to apply to.

Decided to attend college? Wonderful! Now it's time to figure out what major works for you and whether a double major or dual degree might be something you're interested in.

Thinking of attending graduate school? Get tips on whether a master's degree is the right move for you.