What Is NCAA Division 1? 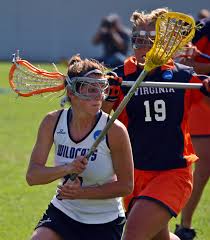 The NCAA, the major governing body for intercollegiate sports, divides its member institutions by divisions. Division I colleges tend to be the largest, have the biggest athletic department budgets, and have the highest level of athletic talent. Most of the prestigious college sporting events you see on television, from bowl games to March Madness, are competitions between Division I schools.

In this article, I will thoroughly explain what makes NCAA Division 1 unique and provide you with facts about Division I colleges.

The role of the NCAA is to oversee championships and establish and enforce rules for its member institutions.

The purpose of NCAA divisions is to create parity and a more level playing field in intercollegiate sports. Also, the existence of NCAA divisions gives smaller schools with fewer resources the opportunity to compete for championships.

NCAA Division 1 is known for having the highest level of competition and the best athletes in all of the NCAA divisions. Generally, Division I schools have the biggest student bodies, the largest athletic department budgets, and the most athletic scholarships for their student-athletes.

In NCAA Division I, there are almost 350 schools that have more than 6,000 teams. More than 170,000 student-athletes participate in Division I sports.

All of the major sports conferences, including the SEC, Big Ten, Pac-12, and ACC, are composed of Division I schools. 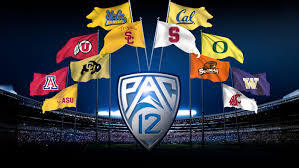 FBS colleges compete for the chance to participate in bowl games. You may have heard of famous bowl games like The Rose Bowl, The Fiesta Bowl, or The Cotton Bowl. Those are all football games between FBS schools.

The FBS is the highest level of collegiate football and there is a tremendous amount of money in it. The highest paid FBS coaches make $7 million annually and Forbes valued the University of Texas-Austin football team at $131 million.

FCS is the next highest level of collegiate football after FBS. FCS schools compete for a chance to participate in an NCAA-run playoff instead of bowl games.

The NCAA sets rules for Division I schools to ensure competitive balance and gender equity.

Each playing season (fall, winter, and spring) has to be represented by each gender. 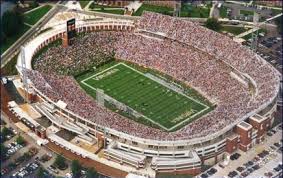 Types of Schools in Division 1

There are Division I schools in every state except Alaska.

If you aspire to participate in college sports, make sure you know about the college athletic recruiting process. Learn the SAT and ACT scores you need to be eligible to compete in the NCAA.

If you want to attend a college with big-time sports, check out this article on the largest college football stadiums.