What's a Weighted GPA? How to Calculate It 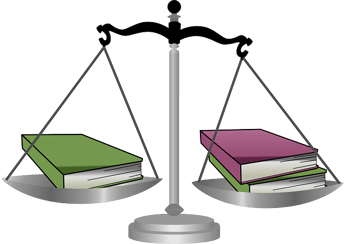 Your weighted GPA in high school tells colleges a lot about your ability to take on academic challenges. In this article, I'll go through a basic description of what a weighted GPA is, why it matters for you, and how you can calculate your own weighted GPA if your school uses this type of scale.

What Is a Weighted GPA?


Why Should You Care About Your Weighted GPA?

You should pay attention to your weighted GPA because it will have an impact on the college application process and on how you interpret advice about GPAs. If you're trying to figure out whether your GPA is "good", most of the advice you find will be based on the unweighted scale. This is because the unweighted scale is more widely used, and weighted scales often differ between high schools.

Weighted GPAs incentivize you to take more difficult classes without fear of slightly lower grades messing up your GPA. Earning high grades in harder classes will have a significant positive influence on your weighted GPA. Imagine a student is earning all Bs in regular-level classes, giving him or her a 3.0 weighted GPA. Then let's say that student decides to switch into more difficult classes in two of the five subject areas and earns B-s in those classes. Even with slightly lower grades, this would move the student's weighted GPA for the semester up from a 3.0 to a 3.3. 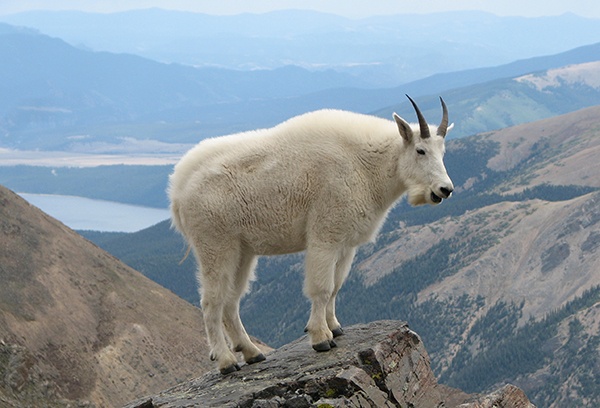 With weighted GPA, you can become an academic mountain goat, fearlessly scaling the rocky crags of progressively more challenging classes.

How to Calculate Weighted GPA

Here's the unweighted scale for reference:

I'll use a hypothetical example to go through a more detailed description of how to calculate weighted GPA. Let's say you're in the middle of your sophomore year, so you've completed three semesters of high school thus far. Here are some example charts of the classes you may have taken, their levels, and your grades for each semester:

The weighted GPA for this semester is the average of all the numbers in the last column. Your first semester freshman year weighted GPA would be a 3.7.

For the second semester, let's say you continued to take the same level classes but improved your grades:

This time, when we average all the numbers in the last column, your second semester freshman year weighted GPA is a 4.0.

If we average all the numbers in the last column, your first semester sophomore year weighted GPA comes out to a 4.1.

Now, to figure out your cumulative GPA, we just have to average the weighted GPAs from each semester (note that this only works if you took the same amount of classes each semester—if you didn't, I would recommend just using the formula I described earlier in this section rather than going semester by semester).

So far, your cumulative weighted GPA is a 3.9. Hopefully this example will help you understand how to calculate your weighted GPA. If your school is more specific about what grade corresponds to what GPA (i.e. it assigns a different GPA to different averages within each letter grade, so a 90 A- would translate to a lower GPA than a 92 A-), take a look at this more detailed chart to make your calculations more accurate.

Weighted GPA is a way for high schools to create a measure of academic achievement that takes into account the difficulty of a student's course load and not just his or her grades alone. On a weighted GPA scale, GPAs typically range from 0 to 5.0, with a 5.0 representing all As in the highest-level classes.Weighted GPA gives you a way to gauge your progress throughout high school based on both grades AND willingness to take on intellectual challenges.

You shouldn't judge your weighted GPA by its position on the unweighted scale.Even weighted GPAs that are over a 4.0 are not guaranteed to get you into the most selective schools. Based on the example in this article, you should be able to calculate your weighted GPA and determine whether you need to take more difficult classes to improve your stats for college!

Now that you know about weighted GPA, you may be wondering whether colleges will consider it more or less strongly than your basic unweighted GPA. Learn about which GPA matters more for college admissions.

Are you just wondering whether your weighted or unweighted GPA will be considered "good" in the college admissions process? Take a look at this article on what constitutes a good or bad GPA for college.

Not sure which classes you should be taking in high school to ensure that you have a good shot at selective colleges? Read this article for some advice!