If you took an AP test back in 2015, you might be wondering when exactly you took that exam. Or perhaps you just want to know how AP test dates change each year. Check out our table below to get the AP test dates for 2015, and read on for our exclusive tips and advice for prepping for AP tests—no matter what year you take the tests.

The tables below show the 2015 schedule for AP Exams. Note that many of the most popular tests, such as Calculus AB/BC, English Language, Chemistry, and US History, were offered during the 8 am slot. (The two exceptions are Psychology and Statistics, which were offered in the afternoon.)

How to Stay Focused During the AP Exam Period

Looking at these tables (or, more specifically, the tables for your particular AP testing year) can be overwhelming. If you're taking more than one AP test, it can be tough to manage your time during May and feel prepared for each test.

I’m used to stressful AP weeks. For my last three years of high school, I had multiple exams every May. Sophomore year I had three in a week, junior year I took two tests in two days, and senior year my tests stretched all the way from the first day of testing to the last day.

So how do you cope? My biggest piece of advice is to memorize your AP test schedule now so you're mentally prepared for what May will be like. For example, if you realize you’re going to have three tests in three days, plan to get all of your studying done before April ends so you can focus on feeling rested and ready in the days before all those tests. 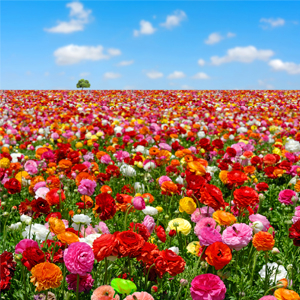 For most people, May means flowers and good weather. For you, it’s stress and prep books.

Or say you're taking AP Chemistry, which (hypothetically) falls on the first Monday, and AP Human Geography, which (also hypothetically) falls on the last Friday. In this case, you should plan to do some intensive Chemistry studying in April so you’re ready to roll by the first test day—though you'll want to also keep studying for Human Geography. You could use the first two weeks of May to wrap up your Geography studying since it will be the only test you have to focus on.

In short, it all depends on your particular exam schedule. Consult our other AP exams guide to learn more about the next AP test dates.

Preparing for the AP Tests in May: 6 Essential Tips

Once you know what the AP test dates are for your testing year and when your particular tests will be administered, use these six tips to help you prepare effectively for AP exam period.

#1: Plan Ahead and Use High-Quality Resources

First and foremost, make sure that you've learned all the major concepts and taken at least one practice exam for each subject before May. This should eliminate any need for panicked, last-minute cramming between AP tests!

But what's the best way to learn major concepts? Besides using notes and homework assignments from your AP class, it's a good idea to use official prep materials. This way, you can be sure that you're working with AP questions and practice tests that are extremely similar to the real deal.

For practice questions, use your test's Course Description PDF and its Free Response questions (available for free for each AP test on the AP Students website). You should also utilize any official full-length tests you can find for free online.

If you're OK with spending a little money, you can also get practice AP tests by buying official prep books via the College Board store (though I recommend buying through Amazon, which typically offers them and other prep books at much lower prices). Some of these prep books are complete guides, whereas others are actual previously released exams.

#2: Use Your Time Wisely

If you have one exam that you know is going to be the hardest for you, consider prioritizing any extra time you have in May toward that test. That said, make sure you put in the time starting now to really devote yourself to mastering the main concepts and getting practice in so you don’t feel super-stressed come May.

#3: Time Yourself on Practice Tests

When doing practice sections in April and/or May—either multiple choice or free response—make sure you are timing yourself strictly so you are prepared for actual AP test timing. The exact test time will be written on the practice test and on your test's page on the AP Students website.

If you have multiple exams in a week or two days in a row (or two in a day!), limit heavy studying during that time and instead make sure you’re getting enough rest instead. First of all, you won’t be able to do much quality studying in an afternoon after an AP test if your brain is already fried from taking an actual exam.

Even if you can get yourself to focus, it’s just as important the night before a test to get enough rest so you’ll have plenty of energy the next day. Besides, you should have completed all your major studying way earlier than the night before the test! 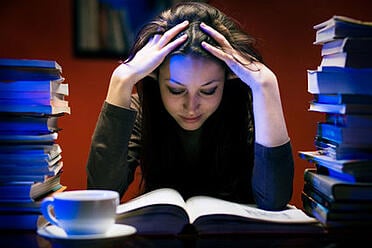 Don’t let this be you the night before your AP test.

If tests make you super-stressed and anxious and you study like crazy (that was me!), actively make time for some fun and relaxation during the AP testing period. After all, 30 minutes of exercise or a full night’s sleep will likely benefit you more the night before test day than will going over a concept for the 10th time.

But if you're having a hard time staying focused and studying, especially near the end of the school year, work in some short daily studying, such as vocab review or multiple-choice practice. This will help you feel mentally prepared for the test, even if you’re burned out.

#6: Think About the Big Picture

Take some time to remind yourself of your goals. Whether that’s acing AP Calculus BC so you never have to take calculus in college, or getting top scores so you can be competitive for the Ivy League, keeping your goals in mind will help you stay motivated up until test day.

It can be tough to keep your motivation up during May, but it’s important to keep in mind the long-term impact exams like these can have on your academic future. Remember, you’ve already put the time in by taking the AP class all year long and studying.

Does the AP Schedule Stay the Same From Year to Year?

The AP test schedule doesn't change all that much from year to year, so the most recent year’s test schedule will always be a decent predictor of future AP schedules, especially over the next year or two. But you can’t do long-term planning with it.

The 2015 AP schedule above is already getting a bit old, so I don't advise using this to predict AP schedules in the coming years. Rather, it's best to refer to our guide on AP test dates, which we update with each new testing year.

If you're curious about how much the AP schedule changes, check out the schedule from 2014 to see how it changed in 2015. All changes are highlighted in yellow:

Note that only three exams were substantially pushed around the schedule, which is why you could have used the 2014 schedule as a decent predictor for 2015. (As a brief note, Studio Art now uses a digital submission format, so it has been taken off the exam schedule.)

However, if you go back five or 10 years, AP test dates begin to change more—and the exams themselves change. Some tests are added (such as the Physics exams) and some are taken away, such as French Literature and Studio Art. Therefore, if you’re trying to predict the AP test schedule years in advance, it'll be hard to be accurate.

Want to know more about AP tests? Get the rundown of how long AP tests are so you can learn how to deal with time pressure on exam day. Also, learn when the upcoming AP test dates are so you can prepare ahead of time.

Need help with studying for the SAT or ACT? Get started on your prep by setting a target SAT or ACT score that's perfect for your dream schools.

Hoping to nab a perfect SAT or ACT score? Our guides to scoring a 1600 on the SAT and a 36 on the ACT teach you everything you need to know to be successful on test day.