Where Is Harvard University Located? 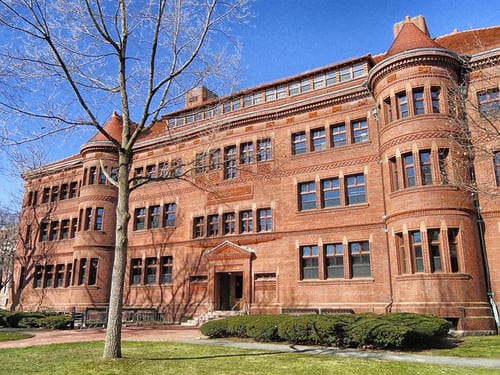 Many students have their sights set on attending Harvard for college. Most know it’s somewhere on the East Coast with those other Ivy League schools, but where is Harvard exactly? Read on to learn Harvard’s exact location, how it came to be the prestigious institution it is now, and what other Harvards you definitely don’t want to get it confused with.

So Where Is Harvard?

We'll start by answering the most important question: where is Harvard located?

Harvard University is a private Ivy League university in Cambridge, Massachusetts. Cambridge is located in Middlesex County, northwest of Boston across the Charles River; it is part of the Boston metropolitan area. 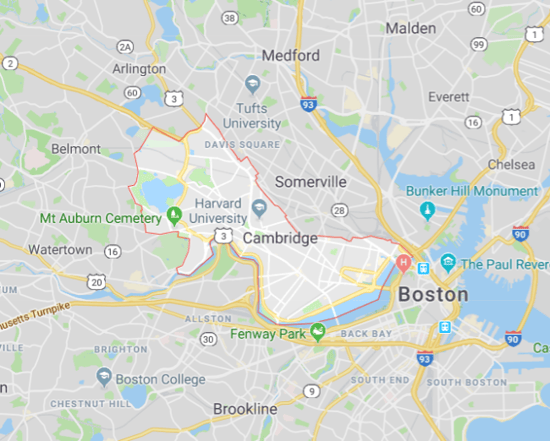 Cambridge is home to about 100,000 people, including thousands of students at Harvard and the very prestigious Massachusetts Institute of Technology (MIT), which lies just southeast of Harvard on the north side of the Charles River.

The city is highly multicultural, with many renowned museums, beautiful historic buildings, and the famous Harvard Yard, which is a large grassy area and one of the oldest places on campus. There’s also Harvard Square, a popular area filled with bookstores, cafes, restaurants, and stores.

So where is Harvard University? In short, Cambridge. But what about Harvard's other campuses?

In case you didn't know, Harvard University is composed of three campuses:

As you can see from this map, the three Harvard campuses are all relatively close to one another: 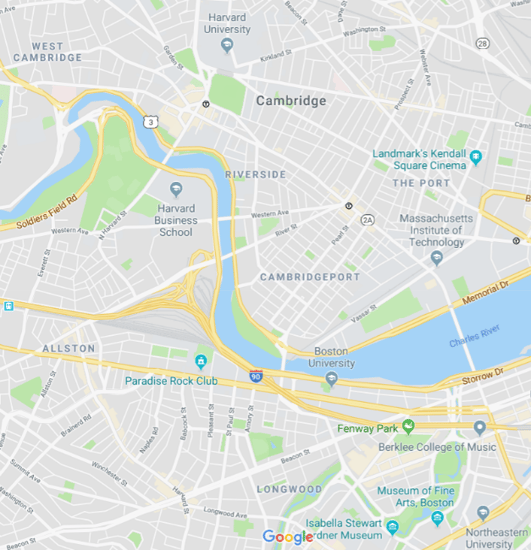 For a more detailed campus map of Harvard, go to the official Harvard website.

A Brief History of Harvard University

Founded in 1636, Harvard University is the oldest institution of higher learning in the US.

Harvard gets its name from its first benefactor, a minister from Charleston named John Harvard, who gave half his estate, as well as his library, to the school upon his death in 1638. Today, one of the university’s best-known landmarks is its statue of John Harvard, which stands in Harvard Yard. 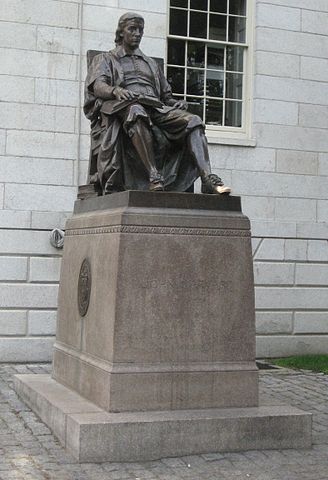 For the first 200 years, Harvard had a small, albeit highly distinguished, faculty who used teaching styles popular for the period, including rote memorization and drilling. Its main focus was to train and educate Puritan ministers. It wasn’t until 1782 that Harvard began to establish graduate-level programs, starting with one in medical studies.

By the mid-19th century, the school was starting to resemble a modern university: it now had a library, an observatory, a natural history museum, and a chemistry laboratory; these big structural changes were followed by internal shifts, with instruction moving from recitations to lecture-based classes. Students were also starting to be given a wider array of classes to choose from.

Over the course of the 20th century, Harvard became more diversified in terms of its students, majors/courses of study, and international influence. It also became part of the group that’s now known as the Ivy League and continued to build upon its prestige in academics and sports.

Now Harvard University stands as a paragon of the high caliber of American education: it’s one of the most selective universities in the country and consistently ranked among the top three universities, both nationwide and worldwide.

Where Is Harvard? Avoiding Confusion With Other Harvards

If you asked somebody, "Where is Harvard University?" they'd very likely know that you're talking about the iconic Ivy League institution. But if you asked, "Where is Harvard?" you might get other answers you weren't expecting depending on where you are and whom you ask.

Though Harvard University is world-famous and certainly the best-known Harvard, some people might get confused about which Harvard you're referring to if you simply ask, "Where is Harvard located?"

So if you’re a high school senior gearing up to apply to Harvard, what you're applying to is Harvard University, most likely with the intention of attending Harvard College specifically (assuming you're studying something in the liberal arts).

As mentioned, the main Harvard University campus is based in Cambridge, Massachusetts. This is also where Harvard College is located (along with the Harvard Law School and Graduate School of Design, among others).

Now most of the time, when you hear the word "Harvard," it’ll be in reference to the university (or the undergraduate college specifically).

But there are other times you might hear "Harvard" being used:

So the next time you wonder, "Where is Harvard?" make sure that you're not confusing it with any other Harvards out there, including any cities and towns called Harvard (remember, the university is based in the city of Cambridge—not a city named Harvard!).

Wondering what it takes to get into Harvard University? Well, wonder no more! Our in-depth guide, written by a real Harvard alum, tells you everything you need to know to raise your shot at becoming a Harvard student.

A personal essay is required by most colleges for admission, including Harvard. Learn about the current Harvard essay prompts and get tips on how to answer them effectively.