ACT Computer-Based Testing: Everything You Need to Know 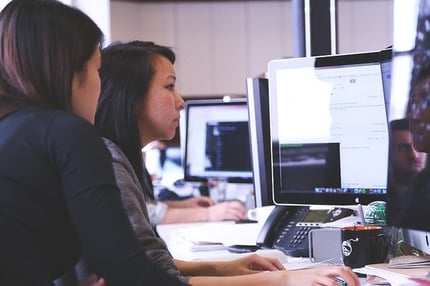 What Is ACT Computer-Based Testing? Who Is It Available To?

Is the ACT online or on paper? Computer-based ACT testing is where you take the ACT on a computer instead of the traditional paper and pencil version. The content and format of the computer-based ACT (often known as the ACT CBT) is the same as the traditional ACT, just this version is taken on a computer. This isn't an online test, and you'll still need to register for a test date and take the exam in a test center. It's just as official as the traditional ACT and accepted by all schools that accept paper ACT scores.

So, will you take the ACT on a computer? It largely depends where you're taking the test. The ACT CBT is primarily available to students taking the ACT internationally. If you're taking the ACT in the US, you'll probably still take the paper and pencil test. Some schools offer ACT CBTs on certain ACT school days (this is where you take the ACT at school, during the school day), but they're currently the minority. If you register for a national test, you'll take it with pencil and paper. Beginning in September 2020, however, the ACT CBT will become available on national test dates across the US.

If you take the ACT anywhere outside of the United States, you'll be taking the computer-based version of the exam. There are typically seven international testing dates a year, in February, April, June, July, September, October, and December. These are the 2020 international ACT test dates:

ACT Inc., the organization that designs and administers the ACT, hasn't given a definite reason for why they require international test takers to take computer-based ACTs. They've mentioned that it allows them to offer more test dates and return scores more quickly.

Many have speculated that ACT Inc. is also requiring computer-based testing internationally to reduce the potential of cheating. ACT Inc. itself has alluded to this by saying computer-based tests allow them to provide a "secure experience for test takers." Computer-based ACTs can be easier to monitor and can offer the questions in different orders for each student to reduce cheating. By requiring ACTs to be taken on a computer, ACT Inc. hopes to minimize any cheating so that scores are more fair and accurate for everyone who takes the test.

How Does Computer-Based ACT Testing Differ From Traditional ACTs?

Besides the fact that you take one test on the computer and the other with pencil and paper, how do computer-based and traditional ACTs differ? We cover the main similarities and differences in this section.

Same scoring
Must be taken at a test center

Can go back within a section to review answers

Computer-based tests may have more test dates and testing locations

Type instead of write your essay

As you can see, the content and format of the exams are the same. The main differences are in how the test is taken, where you'll take it, and how soon you'll receive your results. 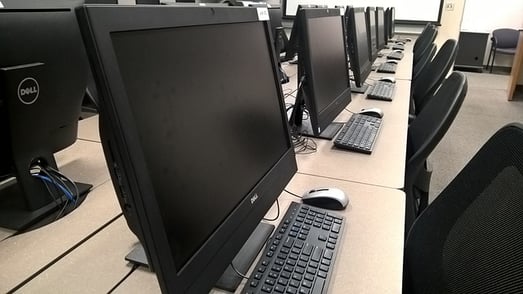 How Can You Prepare for a Computer-Based ACT?

Practice versions of computer-based ACTs are available so that you can get a sense of what taking the test on the computer will be like. The practice tests work best if you're using Google Chrome, and you can take the tests either timed or untimed. You'll have access to the following number of questions for each section:

Together, these sections are equal to one full-length ACT (complete with optional Writing section). These practice questions have the same format and interface as the official computer-based ACT you'll take on exam day. Taking these computer-based practice tests are key because they'll get you used to the layout of the computer-based ACT so you don't waste any time on test day looking for the correct button to press (I had to spend a few seconds searching for the "next" button when I first took the practice tests).

However, as study resources, they do have limitations. The biggest is that there are no answer explanations; you'll only be able to see which questions you answered correctly and which you answered incorrectly. This makes it difficult to learn how to solve questions that stumped you. Also, these are the only computer-based ACT practice questions available, and you'll likely need to take much more than just one practice ACT to reach your goal score. We recommend taking at least three to six practice ACTs.

Summary: Is the ACT Taken on a Computer?

Wondering if the ACT will become an online exam in the future? Read our guide to learn about the status of online ACTs and how those plans are being impacted by the coronavirus pandemic.

Practice tests are one of the best ways to prepare for the ACT. Check out our collection of every ACT practice test available.

Not sure how to register for the ACT? Our step-by-step guide to ACT registration walks you through every step you need to take.