What Is Commensalism? Definition and Examples 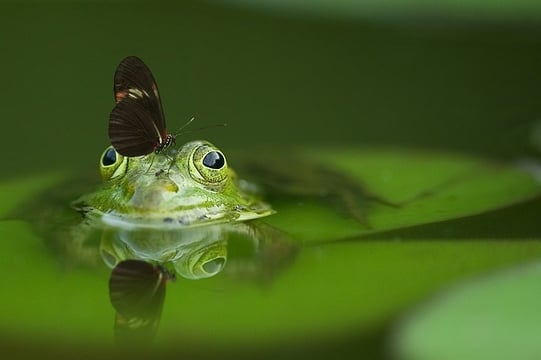 Commensalism is a type of symbiosis. Symbiosis refers to any long-term interaction that two organisms have with each other. A hyena and lion who get into a fight then never see each other again would not qualify to be living in symbiosis because their interaction is not long term. However, a lion and hyena who regularly come into contact and compete for prey would have a symbiotic relationship because their interaction is ongoing.

In inquilinism, one organism serves as a permanent home for another organism. An example is a woodpecker drilling a cavity in a saguaro cactus to use as a nesting site. The woodpecker benefits; the cactus is unaffected.

Metabiosis is when an organism (often deceased) creates an environment for another organism, such as bacteria growing in the remains of a dead animal. The deceased animal, because it is dead, can’t be harmed or benefited, but the bacteria get a habitat and food source.

Phoresy is when one organism uses the other for transportation. Barnacles attaching themselves to whales is an example. The barnacles get a free ride to new feeding and breeding grounds, while the whales likely don’t even notice the barnacles.

Commensalism can be more difficult to prove than other types of symbiosis (see below) since it can be challenging to show that one organism truly isn’t impacted in any way from its relationship with another organism. However, below are four examples of relationships that are commonly identified as commensalism. Remember, for each of these interactions, one organism will benefit and the other will be unaffected.

Remora are small fish that have a sucker-like disk on their heads that allows them to attach to other animals. Remora will use the sucker to attach to sharks, rays, turtles, whales, or other large marine animals. The remora benefits by getting to travel to new food and breeding areas without expending energy for travel and while being protected by the larger animal. The remora also benefits in another, somewhat grosser, way: its diet is made primarily of its host’s feces, so it has ample access to food while hitching a ride. Its carrier is unaffected because the sucker doesn’t harm or help it and the remora is small enough not to impede its movement or speed.

Many types of plants benefit from commensalism when it comes to dispersing their seeds. One particular example is the plant species Arctium minus, commonly known as lesser burdock. Burdock species have prickly heads, known as “burrs” that easily catch onto animal fur. The animal, say a black bear,brushes against the plant and carries the burr on its fur until sometime later when the burr falls off. The seeds within the burr can then germinate in an area far from the parent plant, where there is likely less competition for resources. The burdock benefits from the seed dispersal, and the black bear neither benefits nor is harmed from the burr clinging to its fur for a short period of time. (Note that, for some animals, especially smaller ones, their relationship with burdock wouldn’t be categorized as commensalism because the burrs can harm them. There are some instances of birds becoming entangled in burrs and dying, which definitely isn’t a neutral impact.)

Poison dart frogs are a group of frogs in the family Dendrobatidae. They inhabit tropical habitats in Central and South America. Poison dart frogs will often move to the undersides of large plant leaves or under the leaves themselves as protection from the elements or from predators. The frogs benefit by having a place of protection, while the plant is unaffected by the frogs using them as a temporary place to hide.

Aspergillus is a genus of fungi. It’s capable of living in extreme environments, one of which includes the upper gastrointestinal tract of humans. For most people, Aspergillus produces no symptoms whatsoever, but the fungus benefits from the living environment and nutrients its host human provides. However, like many other commensalism examples, this relationship isn’t always commensalism in every case. In some humans who are immunocompromised, a fungal infection occurs where Aspergillus grows out of control, which causes a negative impact on the person suffering from the infection. 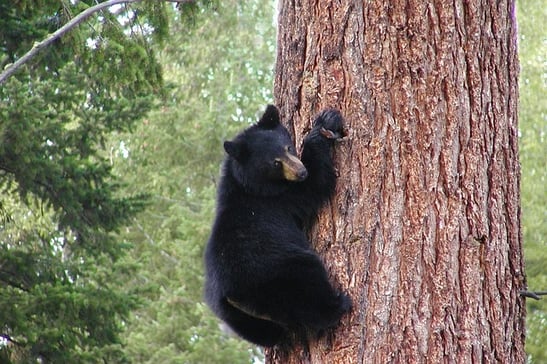 Other Types of Symbiosis

Because there are so many different types of organisms, it makes sense that there are many ways they can interact with each other. There are multiple types of symbiosis. The three most commonly studied are commensalism, mutualism, and parasitism, but we’ve included some additional examples as well to give you a fuller idea of the many ways symbiosis exists in nature. Next to the name of each type of symbiosis are symbols indicating whether the organisms benefit, are harmed, or aren’t affected by the relationship. The symbol for commensalism is (+/0) which means one organism benefits and the other isn’t affected.

Parasitism is when one organism (the parasite) lives on another organism (the host). The parasite benefits from the relationship, and the host is harmed by it. The host typically isn’t killed, although this can happen if a host is invaded by many parasites or if the parasitism goes on for a long time. An example of parasitism is head lice that live on human scalps. Lice feed on the blood of their hosts, but humans who have them suffer symptoms such as scalp soreness, itching, and irritation.

Amensalism is a relationship where one organism is unaffected and the other is harmed (or sometimes killed). Black walnut trees naturally contain a substance called juglone which kills or stunts many of the plants living near its roots. The black walnut trees aren’t impacted by the juglone, but plant species near them can be seriously harmed by it.

Competition is when two organisms both want the same limited resource. Because they have to compete for the resource (often food, water, or territory), both organisms are negatively impacted. Cheetahs and lions both attempting to hunt the same small herd of zebras is an example of competition. If there aren’t enough zebras for both animals to eat, they will both get less food than what they want and may suffer from hunger/starvation as a result.

In this relationship, one organism kills and eats the other. Examples include a jaguar killing and eating a tapir as well as horses eating grass. Unlike parasitism, where the host remains alive while the parasite lives off it, predation results in the death of one of the organisms. 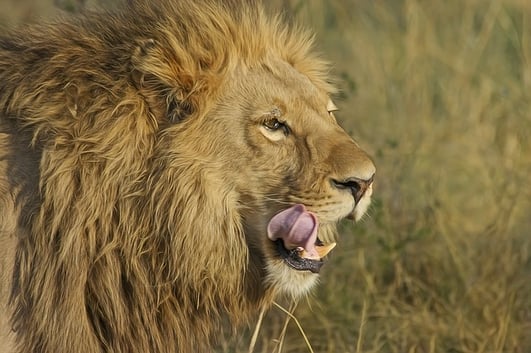 Need to define commensalism? The simplest commensalism definition is that it’s a type of symbiosis where one organism benefits and the other neither benefits nor is harmed. The three main types of commensalism are inquilinism, metabiosis, and phoresy.

Although it can be difficult to prove an organism truly isn’t impacted by its relationship with another organism, there are numerous commensalism examples in nature. The commensalism relationship is just one type of symbiosis; other types include mutualism, parasitism, predation, amensalism, and competition.

Trillion is a massive number, but what comes after it? Learn about huge numbers like a trillion, googol, and more in our guide to the names of big numbers.