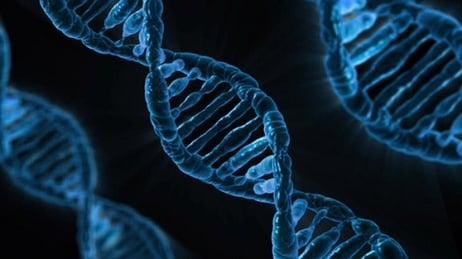 DNA stands for deoxyribonucleic acid. It's a macromolecule that is one of the most important components of our cells. Without DNA, cell functions like growth and reproduction wouldn't be possible.

DNA is made up of four chemical bases: Adenine (A), Guanine (G), Cytosine (C), and Thymine (T). Human DNA consists of roughly 3 billion bases. Over 99% of those combinations are identical in humans. In DNA, A always pairs with G, and C always pairs with T. These base pairs are bonded with hydrogen bonds and are then connected to a sugar-phosphate "backbone." Put all together, they create the well-known "double helix" shape that DNA has.

DNA stores and transfers genetic information. Think of it as your body's blueprint, containing all the instructions for development, growth, functioning, and reproduction. The massive amounts of information that DNA contains are converted into "messages" that allow cells to carry out these necessary and diverse tasks.

Most DNA is located in the cell's nucleus. The nucleus is the control center of the cell, and it determines how the cell will function. Small amounts of DNA can also be found in the mitochondria, another organelle in cells whose function is to convert energy from food into a form that cells can use.

DNA is self-replicating, which means that each strand of DNA acts as a template for the creation of new strands. RNA primer is used to initiate the replication process.

During replication, first the double helix "unzips," exposing the two DNA strands. (This is done by an enzyme called helicase, which breaks the hydrogen bonds between the base pairs.) After the DNA is unzipped, two strands are created, the "leading strand" and the "lagging strand." The leading strand is replicated as a continuous piece, while the lagging strand is made in smaller pieces.

As you might expect for such a critical part of the human body, DNA has multiple protections in place to make it less vulnerable to changes, either through mutation or attack. DNA is protected by proteins, contains multiple repair mechanisms, and is stable under alkaline conditions. However, DNA is more vulnerable to damage from ultraviolet light than RNA is. 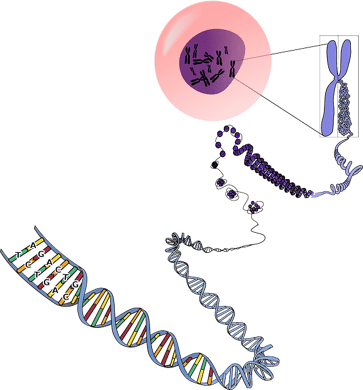 Like DNA, RNA is also a macromolecule made up of nucleotides. RNA plays multiple roles, including controlling gene expression, communicating cellular signals, and catalyzing biological reactions. So how is RNA different from DNA? The sections below follow the same order as the DNA sections, so you can easily compare DNA vs RNA structure, function, and more.

While DNA is double-stranded, forming a double helix shape, RNA is single-stranded, and its chains are significantly shorter than DNA chains (a few thousand base pairs at most, compared to millions of DNA base pairs).

RNA’s single-strand structure allows it to form complex three-dimensional shapes. The shape it forms determines whether RNA acts as mRNA, tRNA, or rRNA.

Like DNA, RNA is made of a sugar-phosphate background with nitrogenous bases bonded by hydrogen bonds. However, while the sugar in DNA is deoxyribose, the sugar in RNA is ribose. Unlike deoxyribose, ribose has a hydroxyl group (-OH) attached to the second carbon of the sugar ring, as opposed to a hydrogen (-H).

If you think of DNA as the blueprint for cell processes, then RNA is the worker who puts the blueprint instructions into action. RNA converts the information that DNA contains into proteins, which can then carry out different processes. There are three main types of RNA, each with a different role:

RNA forms in the nucleolus of cells. The nucleolus is a structure within the nucleus of the cell whose purpose is to construct ribosomes (which are made of RNA and protein). After the RNA has been created, it moves to certain regions of the cell's cytoplasm depending on the type of RNA it is.

Unlike DNA, RNA is not self-replicating. Instead, RNA is synthesized from DNA through the process of transcription. During transcription, a segment of DNA is copied to create an RNA molecule. RNA polymerase is the main enzyme, and it uses the DNA strands to make a complementary RNA strand.

The hydroxyl (-OH) bonds in RNA make it more reactive than DNA. RNA is frequently broken down and reused compared to the more long-lasting DNA. RNA is also unstable at alkaline conditions, while DNA is stable. However, compared to DNA, RNA is more resistant to UV damage. 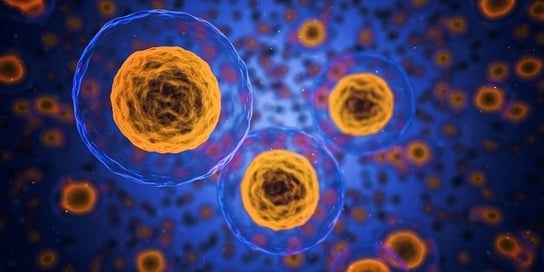 DNA vs RNA: The Key Differences

What is the difference between DNA and RNA, or the ribose vs deoxyribose nucleic acids? This DNA vs RNA chart allows you to easily see each of the important ways that DNA and RNA differ from each other.

If you want to better understand what DNA is, you need to know about nucleotides. In our guide to nucleotides, we explain what they are and how they make up DNA.