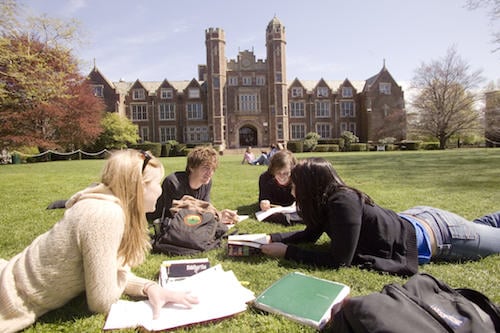 Did you know that early decision isn't necessarily early? "Binding decision" might be a better name for it, since some schools now offer "early" decision deadlines in January as well as in November.

Either way, applying early decision is a big commitment. If you apply this way, you should be totally sure you want to attend that school. Let's review the pros and cons of early decision and look at all the schools that currently offer early decision admission.

Early decision is a binding admission plan. When you apply early decision, you sign a statement agreeing to enroll in that college if you're accepted. Because of this binding agreement to enroll, you can only apply to one school early decision.

Applying this way is a great choice if you've done your research, weighed your options, and have zeroed in on your dream school. You should, however, make sure you can attend the school regardless of the financial aid package it offers you. Since early decision requires commitment, it might not be an option that's accessible to everyone.

This financial factor has been a point of controversy, causing some schools to switch from early decision to non-binding early action plans. That said, many schools still offer early decision, as you'll see below, perhaps to remain competitive and gain a more accurate sense of enrollment numbers. Rather than offering spots to students who might or might not attend, colleges can be sure that early decision applicants will enroll the following fall.

Some schools appear to accept a higher percentage of early decision candidates than they do regular decision candidates. Since you're committing to a school when you apply this way, your enthusiasm for the institution is likely to make a good impression on admissions officers.

However, early decision doesn't necessarily give you a better chance of getting accepted. Thus, your first priority should always be to submit the best application you can.

Some schools now also offer Early Decision II. Early Decision II has the same stipulations as Early Decision I, but its deadline is typically in January. Early Decision II is a good option for students who are ready to sign a binding agreement but could benefit from a couple more months to prepare their applications. Applying later also gives you the opportunity to retake the SAT/ACT and send mid-year grades from your senior classes.

When you apply early decision in November, you will get either accepted, denied, or deferred. Getting deferred means that your application will be pushed into the regular applicant pool to be reviewed again in February or March. If this happens, you're no longer bound to the enrollment agreement you made and can therefore apply to any other schools under regular decision.

You might also consider sending along other information, such as a recommendation letter or mid-year grades, that could help make your application stronger.

Popular schools with early decision policies include the following:

There are lots of other early decision schools besides these well-known, competitive schools. You'll find the full list below. 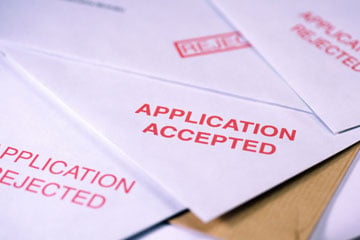 Here's the full list of schools with early decision, organized alphabetically by state. Starred schools offer both Early Decision I and Early Decision II. Scroll through the list or hit ctrl + F to find specific schools you're interested in! 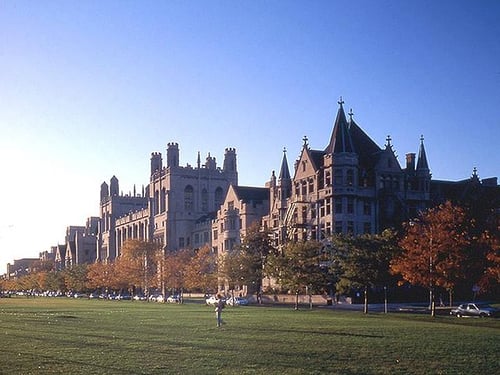 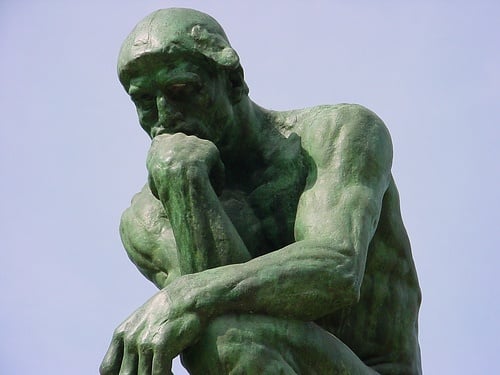 Should You Apply Early Decision?

Now that you've had a chance to look over the list, let's go over the main factors you'll want to consider before deciding whether to apply early decision to a school.

Ask yourself the following questions:

If you answered yes to these questions, it sounds as though you've been thorough in deciding on your top school. If you are unsure, tend to change your mind, or aren't excited about attending the school, then early decision probably isn't a good choice for you.

Remember, when applying early decision, you're making a binding commitment. In other words, you're agreeing to enroll in that school if accepted, regardless of whatever financial aid offer you receive.

Now, some schools claim to meet all demonstrated financial need, but there's no guarantee that your package will be what you want (or need) it to be. Therefore, in addition to learning all about your school of choice, make sure to consider your financial situation when applying early decision. If you have any questions or concerns, try calling your school's financial aid office for advice.

Finally, make sure you're sending off your strongest application possible. Months of planning and prep will likely be needed to achieve your target SAT/ACT scores, gather quality letters of recommendation from teachers, and write your personal statement.

Up next, we give you suggestions for scheduling your college planning in advance of your early decision deadline. 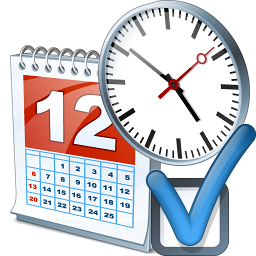 Because applying to college has a lot of components that require time and help from your teachers and counselor, it's critical to start early and keep track of relevant information and materials.

Write down all the requirements for your early decision school, check your progress, and set deadlines to make sure you get everything done in time. The application requirement you should start preparing the earliest is the SAT/ACT, both in terms of test prep and taking the actual tests.

For early decision deadlines, the latest you can take the SAT/ACT is typically September or October. Since you want to have enough opportunities to take the test and improve your scores, it's best to follow one of these two schedules:

Your goal might be to have your SAT/ACT scores all set by the end of your junior year so you don't have to worry about achieving your target scores on that last test date your senior year. If you're applying Early Decision II with a January deadline, you'll have a little more wiggle room in terms of available SAT/ACT test dates.

In addition, be sure to plan out your recommendation letters and personal essay. Ask for your rec letters (and any other documents you need the school to send, such as your transcript) at least a month in advance of your deadlines, ideally by October.

Finally, work on your personal essay over the summer, leaving several months to brainstorm ideas and work through drafts and revisions. Your personal essay is your chance to share your voice with the admissions committee, so give yourself time to say exactly what you want to say.

Try to work on your Common Application or school application in the fall, proofreading for errors and gathering all the important information you'll need, such as extracurriculars. Make sure to discuss with your counselor your reasons for applying early decision, and, finally, have your parents and counselor sign the early decision agreement form for you.

Applying this way will signal your commitment and excitement about a school to admissions committees. You can impress them even further with a thoughtful, thorough application that demonstrates exactly why you'd be a great fit at their college.

Are you aiming to get into a competitive Ivy League-level school? Our in-depth guide offers valuable insight into the admissions procedures of selective colleges as well as advice on how to build a highly impressive college application.