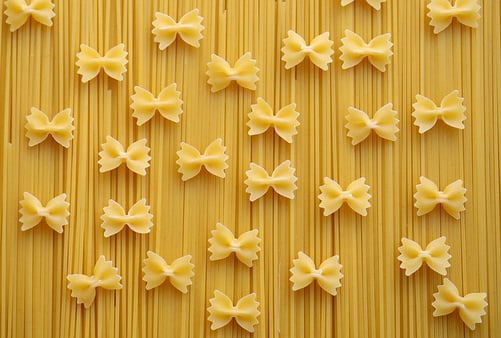 You've likely heard people talk about carbohydrates or carbs, whether it be on TV or in your day-to-day life. But what exactly are carbs? What are examples of carbohydrates, and why do so many people try to limit them in their diets?

What Are Carbohydrates and How Do They Work?

Carbohydrates (or carbs for short) are molecular compounds made of carbon, hydrogen, and oxygen atoms. They are also called saccharides, a group in chemistry that includes sugars, starches, and cellulose.

Saccharides can be divided into three categories:

In terms of diet, carbs are the starches, fibers, and sugars found in a variety of foods, such as grains, vegetables, fruits, and dairy products. Eating carbohydrates gives us energy in the form of calories. When you eat foods with carbs in them, your body turns these carbs into a type of sugar called glucose, thereby raising your blood sugar level and giving you more energy.

Typically, carbs are counted in grams. You can check the label of any packaged food to see how many carbs are in it. The National Institutes of Health says that the average adult should consume about 135 grams of carbs per day; however, it's important to note that "each person should have their own carbohydrate goal."

In food science, carbs are divided into two main categories: simple and complex. Here's the main difference between these two categories, as explained by an article in Live Science:

"The difference between the two forms is the chemical structure and how quickly the sugar is absorbed and digested. Generally speaking, simple carbs are digested and absorbed more quickly and easily than complex carbs."

Simple carbohydrates are monosaccharides and disaccharides (one to two sugars), and include foods with naturally occurring sugar in them, such as fruits. As stated above, simple carbs are generally digested faster, giving you a brief, immediate spike of energy but making you feel hungry again sooner.

Complex carbohydrates, on the other hand, are polysaccharides (three or more sugars) and include starchy foods, such as cereals and bread. Unlike simple carbs, complex carbs are digested slower, giving you long-term energy and making you feel full longer. 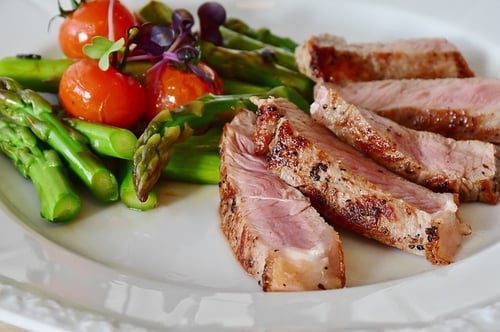 Thinking of trying a low-carb diet? Read on to learn what this entails.

Why Do Some People Choose to Limit Carbs?

Although carbs are an essential part of any healthy diet, many people choose to limit them in order to lose weight. These people will often focus on restricting refined sugars in pastries and other sweets, as well as starchy, refined foods such as white rice and white bread.

"Good" carbs are generally said to include any naturally occurring sugars in fruits and veggies, and whole-grain, fiber-rich foods. However, as some experts note, it's not that carbs themselves are bad but rather how often you eat carbs and what types of carbs. Others look at carbs not in a good vs bad dichotomy but in terms of "whole" vs "refined," with whole being the healthier option.

Many people follow low-carb diets in which they focus on eating fewer (sometimes almost no) carbs and eating more proteins and fats. The ketogenic, or keto, diet, for instance, is a popular low-carb, high-fat diet that's said to lower blood-sugar levels and help keep weight off.

Ultimately, regardless of your take on how healthy (or unhealthy) carbs are, it's universally agreed that carbohydrates are an important part of a healthy, balanced diet.

As mentioned, carbohydrates as a group consist of sugars, starches, and fibers. But which foods fall into which of these three categories? In other words, what foods are considered starchy? What foods have lots of fiber in them? And what foods are high in sugar?

Here are some examples of carbohydrates in the sugar, starch, and fiber categories:


47 Examples of Carbohydrates: Simple vs Complex 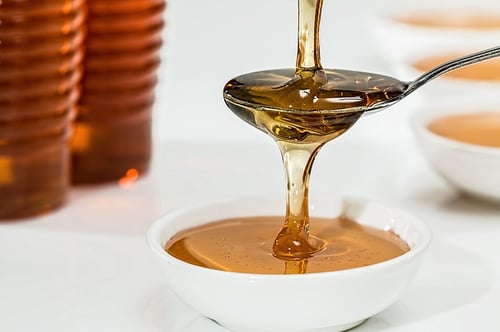 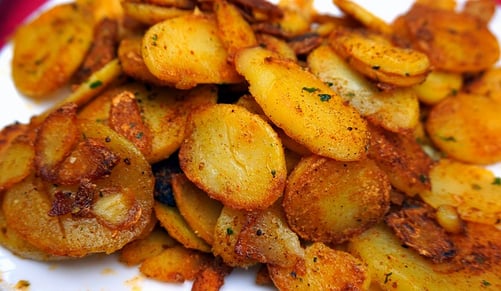 Review: What Exactly Are Carbohydrates?

Carbohydrates, or carbs, are a big part of a healthy, balanced diet and consist of foods that have sugars, fibers, and/or starches.

Most people divide carbohydrates into two categories: simple vs complex. Simple carbs are digested faster and give you a quick burst of energy but don't keep you feeling full long, whereas complex carbs are digested slower, giving you longer-lasting energy.

The general rule of thumb for a healthy diet is that you should try to limit your daily intake of simple carbs and eat more complex carbs.

Many refer to simple carbs as "bad" carbs and complex carbs as "good" carbs. However, as experts have noted, this highly dichotomous view of carbs is not that accurate, as some complex carbs contain refined sugars (such as white rice and white bread) and are generally viewed as unhealthy, while other foods with naturally occurring simple sugars (such as fruits and vegetables) are argued to be healthy options.

In the end, eating everything in moderation—including simple and complex carbs—is one of the best ways you can ensure you're taking good care of your body!

Did you know that when you eat food, it gets turned into energy—meaning that the mass of the food you ate hasn't actually disappeared? Read our guide to learn everything there is to know about the law of the conservation of mass.

You know how carbohydrates work but what about the human brain? Check out our expert guide to learn about the different parts and functions of the brain.