2 Easy Examples of the Law of Conservation of Mass 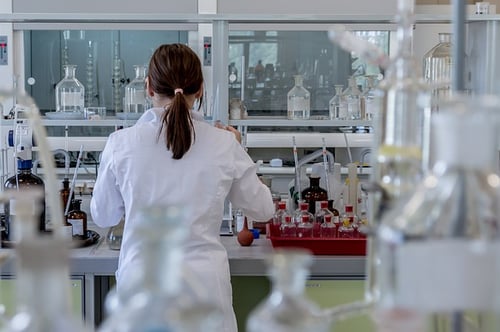 Chemistry is an important subject that you’ll definitely need to know if you’re planning to pursue a chemistry or other science major in college. One thing you should be familiar with is the law of conservation of mass. What is it? And how is it used in chemistry?

What Is the Law of Conservation of Mass?

First off, exactly what is the law of conservation of mass? This law states that in a closed system, matter can neither be created nor destroyed—it can only change form.

Put differently, the amount, or mass, of matter in an isolated system will always be constant regardless of any chemical reactions or physical changes that take place. (Note that an isolated or closed system is one that does not interact with its environment.)

This law is important in chemistry, particularly when combining different materials and testing the reactions between them.

Think of it as being similar to balancing an algebraic equation. Both sides around an equal sign might look different (for example, 6a + 2b = 20), but they still represent the same total quantity. This is similar to how the mass must be constant for all matter in a closed system—even if that matter changes form!

But how does the law of conservation of mass work?

When a substance undergoes a chemical reaction, you might assume that some or even all of the matter present is disappearing, but, in actuality, it's simply changing form.

Think about when a liquid turns into a gas. You might think that the matter (in this case, the liquid) has simply vanished. But if you were to actually measure the gas, you'd find that the initial mass of the liquid hasn’t actually changed. What this means is that the substance, which is now a gas, still has the same mass it had when it was a liquid (yes—gas has mass, too!).

What Is the History Behind the Law of Conservation of Mass?

Though many people, including the ancient Greeks, laid the scientific groundwork necessary for the discovery of the law of conservation of mass, it is French chemist Antoine Lavoisier (1743-1794) who is most often credited as its discoverer. This is also why the law is occasionally called Lavoisier’s law. 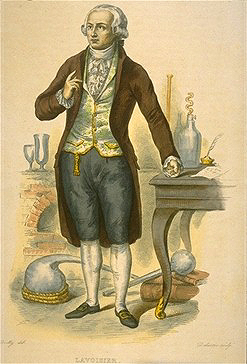 Lavoisier lookin' proud of his discovery.

Lavoisier’s experiments marked the first time someone clearly tested this idea of the conservation of matter by measuring the masses of materials both before and after they underwent a chemical reaction.

Ultimately, the discovery of the law of conservation of mass was immensely significant to the field of chemistry because it proved that matter wasn’t simply disappearing (as it appeared to be) but was rather changing form into another substance of equal mass.

What Are Some Law of Conservation of Mass Examples?

Law of conservation of mass examples are useful for visualizing and understanding this crucial scientific concept. Here are two examples to help illustrate how this law works. 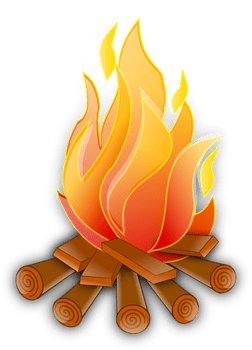 One common example you’ll come across is the image of a bonfire or campfire.

Picture this: you’ve gathered some sticks with friends and lit them with a match. After a couple of toasted marshmallows and campfire songs, you realize that the bonfire, or campfire, you've built has completely burned down. All you’re left with is a small pile of ashes and some smoke.

Your initial instinct might be to assume that some of the campfire's original mass from the sticks has somehow vanished. But it actually hasn’t—it’s simply transformed! 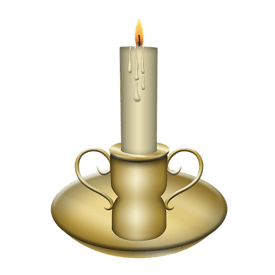 A similar law of conservation of mass example is the image of a burning candle.

For this example, picture a regular candle, with wax and a wick. Once the candle completely burns down, though, you can see that there is definitely far less wax than there was before you lit it. This means that some of the wax (not all of it, as you’ve likely noticed with candles you’ve lit in real life!) has been transformed into gases—namely, water vapor and carbon dioxide.

As the previous example with the bonfire has shown, no matter (and therefore no mass) is lost through the process of burning.

Recap: What Is the Law of Conservation of Mass?

The law of conservation of mass is a scientific law popularized and systematized by the 18th-century French chemist Antoine Lavoisier.

Knowing this scientific law is important for the study of chemistry, so if you plan to get into this field, you'll definitely want to understand what the law of conservation of mass is all about!

Are there other science topics you want to review? Then you're in luck! Our guides will teach you loads of useful topics, from how to convert Celsius to Fahrenheit, to what the density of water is, to how to balance chemical equations.

Need help identifying stylistic techniques in a book you're reading for English class? Let our comprehensive list of the most important literary devices lend you a hand!