The 119 Best Funny Jokes for Kids 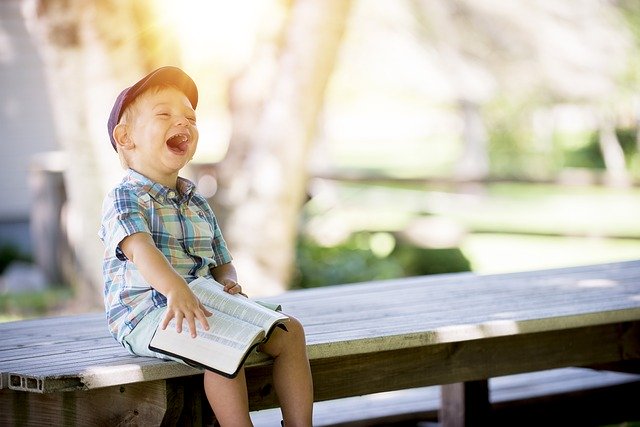 Need something to lighten the mood or keep kids occupied and laughing? We've got you covered! We've compiled 119 funny jokes for kids in this guide. We chose only our favorite jokes for children, including knock-knock jokes, puns, and overall good jokes for kids. We bet you can't get through the list without laughing!

Are pirates known for being funny? Because they have some of the best jokes for kids!

How much does a pirate pay for corn?
A buccaneer!
What did the pirate say when he turned 80?
Aye matey!
What is a pirate's favorite letter?
ARRRRR!
Why is pirating so addictive?
Because once you lose your first hand, you get hooked! 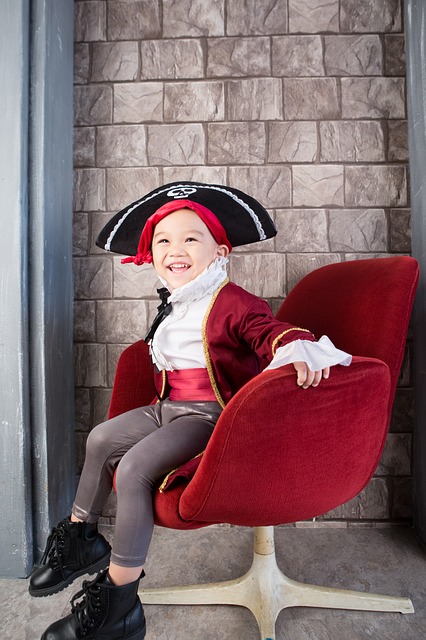 These are our overall best kids jokes that people of any age can enjoy.
How do you get a baby astronaut to fall asleep?
You rock it!
What happened when 19 and 20 got into a fight?
21!
What do you get from a pampered cow?
Spoiled milk!
What did the acorn say when she grew up?
Geometry!
How did the phone propose to his girlfriend?
He gave her a ring!
Why are frogs so happy?
They eat whatever bugs them!
How do cats bake cookies?
From scratch!
What was the kitten's favorite color?
Purrr-ple!
What did the big bucket say to the smaller bucket?
You're looking a little pail!
What did the shark say when it ate a clown fish?
This tastes funny!
What sits at the bottom of the ocean and twitches?
A nervous wreck!
Which building in the city has the most stories?
The library!
What kind of shoes does a lazy person wear?
Loafers!
Why was the Easter bunny upset?
Because he was having a bad hare day!
What's worse than finding a worm in your apple?
Finding half a worm!
Why are basketball players messy eaters?
They dribble all the time!
Why aren't koalas actually bears?
They don't meet the koalafications!
How do you keep an elephant from charging?
Take away his credit card!
Why did police arrest the turkey?
Because they suspected him of fowl play!
How does a cucumber become a pickle?
It goes through a jarring experience!
When do you go at red and stop at green?
When you're eating a watermelon!
Why do fish live in saltwater?
Because pepper water makes them sneeze!
What animal is smarter than a talking parrot?
A spelling bee!
Where do fish keep their money?
In river banks!
What did you think of that new restaurant on the moon?
The food was good, but there was no atmosphere!
Why did the golfer wear two pairs of pants?
In case he got a hole in one!
Which musical instrument can you find in the bathroom?
A tuba toothpaste!
What did one hat say to another?
You stay here. I'll go on ahead.
If April showers bring May flowers, what do May flowers bring?
Pilgrims!
Did you hear about the two guys who stole a calendar?
They each got six months!
What is an elf's favorite kind of music?
Wrap music!
What time do ducks get up in the morning?
At the quack of dawn!
What do lawyers wear to court?
Lawsuits!
Why do bees have sticky hair?
Because they use honey combs!
What's a cow's favorite thing to read?
A cattle-log!
How does the moon cut his hair?
Eclipse it!
What kind of shoes do ninjas wear?
Sneakers!
What do you call a droid that takes the long way around?
R2 detour! 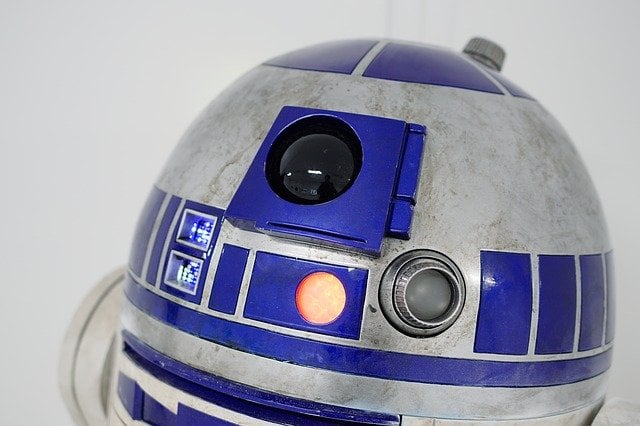 Why is Cinderella bad at soccer?
Because she's always running away from the ball!
What do you call a cow that won't give milk?
A milk dud!
What happens when it rains cats and dogs?
You need to watch out for poodles!
Did you hear about the claustrophobic astronaut?
He needed a little space!
What's colorful and sounds like a carrot?
A parrot!
Why couldn't the pony sing a song?
He was a little hoarse!
What has lots of ears but still can't hear?
A cornfield!
Why should you save your pennies?
It makes good cents!
What do you call the wife of a hippie?
Mississippi!
Why did the football coach go to the bank?
To get his quarterback!
How do snails fight?
They slug it out!
Why did the cookie go to the nurse?
Because he felt crummy!
What do you call a bee that's having a bad hair day?
A frisbee!
Why didn't the shrimp share his toys?
Because he was a little shellfish!
What did one ocean say to the other ocean?
Nothing, it just waved!
Why are Christmas trees so bad at sewing?
Because they always drop their needles!
What did the buffalo say when her little boy left home?
Bison!
What did the 0 say to the 8?
Nice belt!
What do you call a pup living at the North Pole?
A chilly dog!
Why didn't the teddy bear eat dessert?
She was already stuffed!
What do you get when you cross a cow and a trampoline?
A milkshake!
How did the hipster burn his mouth?
He drank coffee before it was cool!
How does an octopus go into battle?
Well-armed!
Why is Peter Pan always flying?
Because he Neverlands!
What's a tree's favorite soda?
Root beer!
How does a polar bear build his house?
Igloos it together! 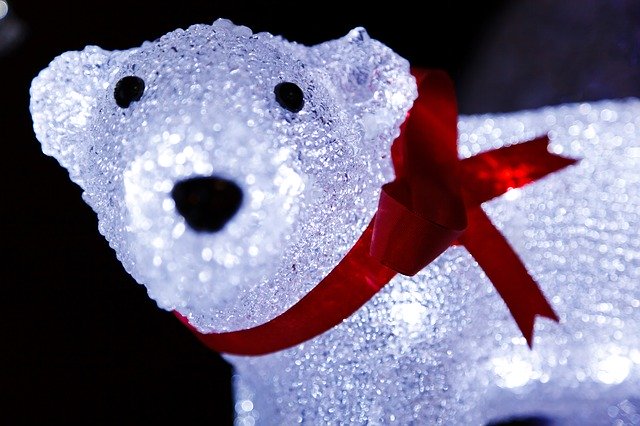 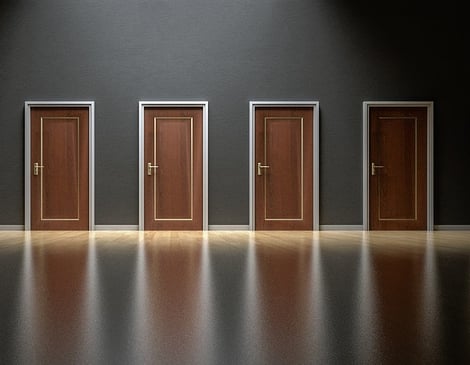 From eye-rolling to side-splitting, we bet you'll love these corny jokes for kids.
What do you call a sleeping Tyrannosaurus rex?
A dino-snore!
How do you throw a space party?
You planet!
What kind of key opens a banana?
A monkey!
Why do melons have weddings?
Because they cantaloupe!
Why did the banana go to the doctor?
Because she wasn't peeling well!
Why was the broom late to class?
It over swept!
What do you call a pig that knows karate?
A pork chop!
What kind of jokes did the farmer tell?
Corny ones!
What do you call a train carrying bubblegum?
A chew-chew train!
If you have seven oranges in one hand and six in your other hand, what do you have?
Big hands!
Why are Superman's costumes so tight?
They're all size S!
What do you call a cow eating grass?
A lawn-mooer!
What do you call cheese that isn't yours?
Nacho cheese!
How do you get a squirrel to like you?
Just act like a nut!
Why was the poor woman selling yeast?
She needed to raise some dough!
Where do sheep go to get haircuts?
The baa-baa shop!
Why do dragons sleep during the day?
Because they fight knights!
Why did the mushroom like going to parties?
Because he was a fun-guy!
What did one math book say to the other?
"I have a lot of problems!"
Why was the little strawberry crying?
His mom was in a jam!
What did the sink say to the toilet?
Wow, you look flushed!
Why did the M&M go to school?
It wanted to become a Smartie!
Why did the frog take the bus to work?
His car got toad away!
What's a foot long and slippery?
A slipper!
What has four wheels and flies?
A garbage truck!
What do you call a toothless Grizzly?
A gummy bear!
Why did the Oreo go to the dentist?
Because she lost her filling!
What did the big flower say to the little flower?
Hi bud!
Why did the student eat his homework?
Because the teacher told him it was a piece of cake!
What washes up on tiny beaches?
Microwaves!
What kind of bird works at construction sites?
A crane!
Why did the girl cross the playground?
To get to the other slide!
Why should you never trust a pig with a secret?
Because it's bound to squeal! 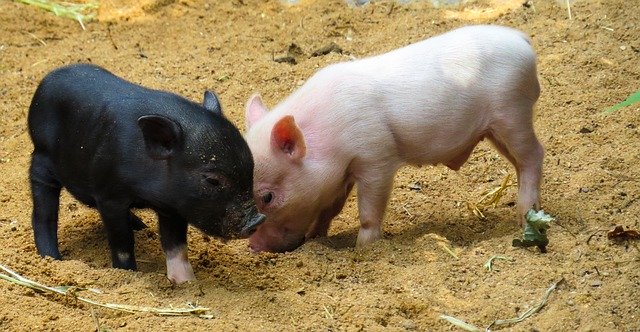 Witches, skeletons, ghosts...these are the best spooky jokes out there!
What do you get when you cross a snowman with a vampire?
Frostbite!
What do you call a witch who lives in the desert?
A sandwich!
How do you fix a cracked jack-o-lantern?
With a pumpkin patch!
Why don't mummies take days off?
They're afraid to unwind!
Why didn't the zombie go to school?
Because she felt rotten!
Why don't skeletons watch scary movies?
They don't have the guts!
What do you call a witch's garage?
A broom closet!
Why are ghosts bad liars?
Because you can see right through them!
What is a skeleton's favorite musical instrument?
A trombone!
What is a witch's favorite subject in school?
Spelling!
Which monster is always playing tricks?
Prank-enstein! 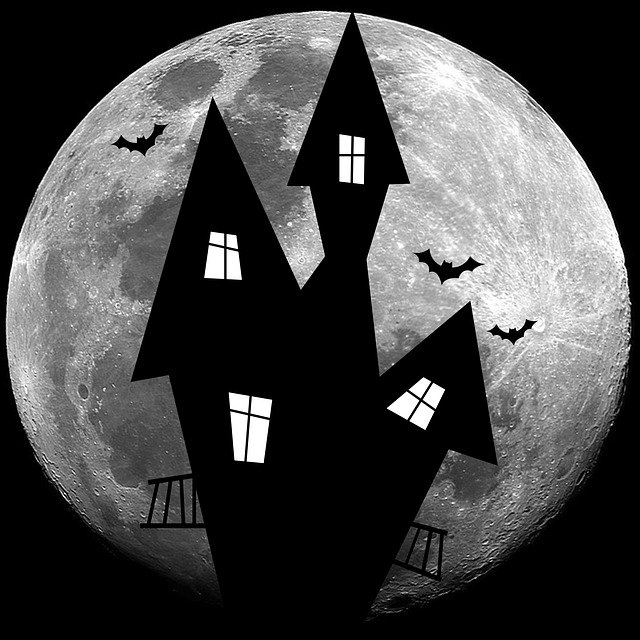 Teaching your kids Spanish, or are you learning yourself? We have a guide to the 71 body parts in Spanish you need to know.