How Many Zeros in a Googol? A Googolplex?

What’s a googol, and does it have any relation to that similarly-named website? And what about a googolplex, how many zeros does it have? In this guide, we’ll give you googolplex and googol definitions, show how you can write them out, explain how they’re useful, and give examples on how you can start to understand huge numbers like these.

What Is a Googol?

The scientific notation for a googol is 1 x 10100. Even though we see a million and a billion as large numbers, there are 1 x 1094  ”millions” or 1 x 1091 “billions” in a googol, which shows you how much larger a googol is than these numbers.

“Googol” got its name in 1938, when nine-year-old Milton Sirotta came up with the name and suggested it to his uncle, mathematician Edward Kasner. When the founders of Google were looking for a name for their website (back then called “BackRub”) that would demonstrate the vast amount of information it could provide, they chose “googol” but accidentally misspelled it, and a star was born.

A googol is such a large number that our minds can’t even comprehend it, and because it’s so large it doesn’t have a particularly important role in mathematics. It’s even estimated that there are only 4 x 1079 atoms in the universe, which is less than a googol. This means there isn’t a googol of anything on earth, not grains of sand, not drops of water in the oceans, etc. They don’t even come close to a googol which can help us get some grasp of how incredibly huge this number is. Therefore, the only times a googol is a somewhat accurate estimate of anything is for hypotheticals.

A common example is that it’s estimated that there are 1 x 10123 ways a game of chess could be played, which is fairly close to a googol. This is a very rough estimate, but it’s easy to see how the number could become so large. After each chess player makes their first move, there are 400 potential board setups. After each player has made two moves, there are 197,742 setups, after three moves there are over 100 million, and the number continues to increase exponentially from there. 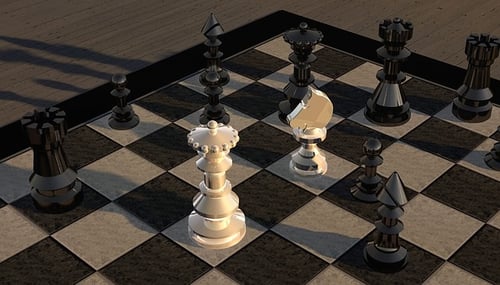 What Is a Googolplex?

If a googol isn’t big enough for you, there are even bigger numbers out there! One of them is a googolplex, which is a 1 followed by a googol of zeros. The scientific notation for a googolplex is 1 x 1010^100

As massive as a googol is, a googolplex is many, many times larger, such that it’s impossible to write all the zeros out. There’d be ten-duotrigintillion of them!

Counting to a googolplex would be even more impossible. We can’t calculate how long it would take, but it’s estimated it would take longer than the age of the universe. As a comparison, counting to a trillion would take roughly 31,709 years, and a trillion is only a 1 followed by twelve zeros! Edward Kasner and his colleague James Newman wrote this about a googolplex in their 1940 book Mathematics and the Imagination: “You will get some idea of the size of this very large but finite number from the fact that there would not be enough room to write it, if you went to the farthest star, touring all the nebulae and putting down zeros every inch of the way." Wow!

Other Large Numbers You Should Know

Guess what? There are even larger numbers than a googolplex, although not many. If you want to learn about all the large numbers and see a chart that makes it easy to compare them to each other, check out our guide to large numbers.

. Skewes was especially interested in prime numbers, and when his number was introduced in 1933, it was described as the largest number in mathematics.

However, Skewes’ number is no longer considered the largest possible number; that title now goes to Graham’s number. Graham’s number, which can’t be written with conventional notation, was developed by mathematician R.L. Graham. It’s so large that, even if all the matter in the universe was converted to pens and ink, it still wouldn’t be enough to write out the number in its entirety.

Summary: How Many Zeros in a Googolplex?

What is a googol? A googol is a 1 followed by 100 zeros. The number was first introduced by mathematician Edward Kasner, who got the name for the number from his young nephew (and which Google later used for their own name). Kasner also coined the term googolplex. And how many zeros in a googolplex? A googolplex is a 1 followed by a googol of zeros. It’s impossible to write out, but in scientific notation it looks like 1 x 1010^100.

These two numbers are too large to have any practical value (they are far, far larger than the number of grains of sand or drops of water on earth, or even the number of atoms in the universe), but Kasner used them to discuss the difference between extraordinarily large numbers and the concept of infinity. 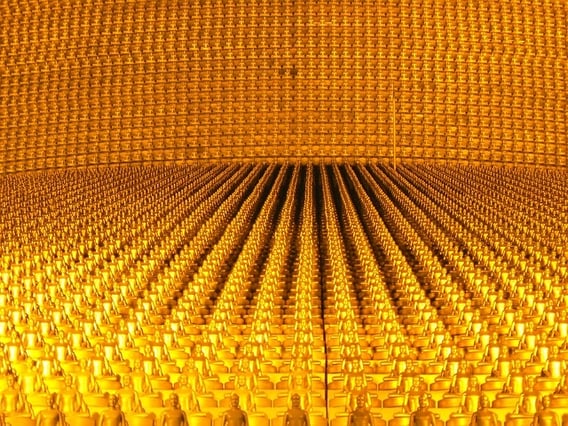 Taking the SAT or ACT? Students often struggle most with the Math section of these tests, but check out our comprehensive guides to SAT Math and ACT Math for everything you need to know to ace these math questions.