The Science of Hazel Eyes 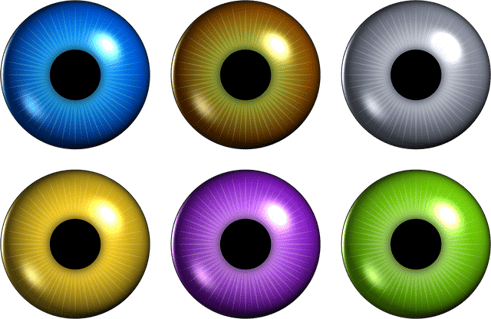 What Are Hazel Eyes? What Is the Hazel Eye Color?

The defining feature of hazel eyes is their mix of colors. All hazel eyes will have some combination of brown/gold and green coloring, sometimes with flecks of blue as well. This is why hazel eyes appear different than brown, green, or blue eyes, which are a solid color. Hazel eyes are often lighter/more green in one part of the iris (either the center or the edges of the iris) and darker/more brown in the other part.

How Does Someone Get Hazel Eyes?

You probably guessed that your genetics (the DNA you get from your mother and father) determine what color eyes you have, but eye color is actually one of the more complicated genetic inheritance processes. In fact, there are so many potential eye colors and so many factors that determine eye color, that it’s practically impossible to predict the eye color children of any couple will have, even if both parents have, say, blue eyes or brown eyes.

Scientists still don’t completely understand how eye color is determined, but they believe it could be influenced by up to 16 genes that work together to determine the color of an individual’s eyes. This is why two blue-eyed parents may end up with a child with brown eyes, something that wouldn’t seem possible with more straightforward genetic inheritance. The inheritance of eyes that aren’t a solid color, such as hazel eyes, is even less understood.

Once the genotype (the actual genes) of an individual is set, two factors influence eye phenotype (how the eye color actually appears). The first is the amount of melanin in the eye’s iris, and the second is how the light is scattered in the iris. People with darker eyes have more melanin in their eyes than people with lighter eyes, and light can be scattered in the stroma of the iris in a variety of ways.

People with hazel eyes have a moderate amount of melanin in their eyes to account for both the green and brown coloring. The melanin tends to be concentrated in the outer portion of the iris, so the inner part of the eye is often lighter than the outer part (although sometimes this is flipped, so the inner part of the iris is darkest). The way light scatters in hazel irises is a result of Rayleigh scattering, the same optical phenomenon that causes the sky to appear blue. Anyone can be born with hazel eyes, but it’s most common in people of Brazilian, Middle Eastern, North African, or Spanish descent. 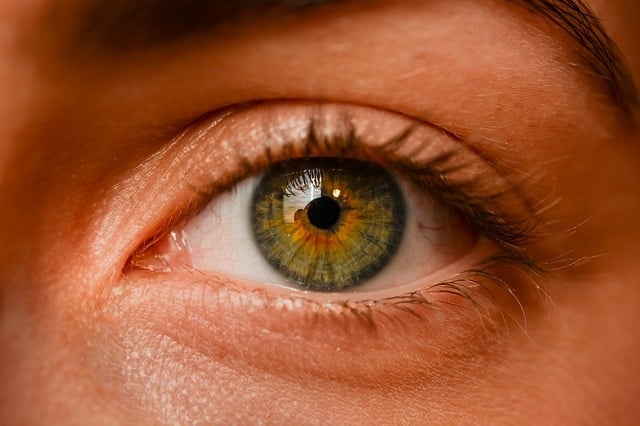 Estimating how rare different eye color types are can be difficult, both because there’s not a lot of data available, and because labeling different eye colors is not always an exact science. However, hazel is definitely one of the rarer eye colors. It’s estimated that only about 5% of the population has hazel eyes. Brown is the most common eye color, and roughly 55% to 80% of the population has brown eyes. Blue eyes are the next most common color, and about 8-10% of people have blue eyes.

It’s rare for eyes to change color, but it can happen. The eye color of most people is set at birth or soon after and remains the same for life. However, puberty, pregnancy, trauma, and age can all cause eye color to change, although it’s very rare for this to happen. Except for rare and serious eye diseases, when eye color does change, it happens slowly and is a permanent change. Eyes don’t change color for a few minutes or days then revert back to their original color.

You may think your eyes change color depending on the day or have heard someone say that their eyes change color based on their mood, temperature, etc. However, this isn’t true. If you notice your eye color suddenly looks different than usual, it’s almost always due to lighting. Eye irises can look very different under different amounts and types of light, and light also affects the size of your eye pupil (the black circle in the center of your eye). Pupil size can be affected by your emotions, which is why some people may think their eyes change color when they are feeling angry, sad, etc. However, while your eye may look momentarily different, your actual eye color isn’t changing.

Hazel eyes can often appear to change colors more than other eye colors. Because they contain a variety of pigments, not just a solid hue, they can look very different under different lighting. But, again, your iris itself isn’t actually changing color. What’s happening is different shades of the eye are being highlighted at the moment, which can make them appear different than their usual color.

If you really want a certain eye shade, can you use technology to change your eye color? Yes, but it’s still a fairly new and risky surgery. If you have brown eyes, you can have laser surgery on your eyes to remove the melanin and make them appear blue. Silicone implants can also be implanted into a slit made in the eye’s cornea to change eye color. However, risks are substantial for both of these procedures, and potential side effects include eye disease and even blindness.

If you want to change your eye color, the best way to do so is to wear colored contacts. This isn’t a permanent solution, but as long as you get the contacts from a reputable source and make sure they’re fitted properly, risks are minimal, and you can remove the contacts whenever you want to go back to your original eye color. If you’re interested, we recommend setting up an appointment with an ophthalmologist so you can be sure the contacts you get are safe and fit you well.

How Can You Tell If You Have Hazel Eyes?

Do you have hazel eyes? The best way to figure out what color eyes you have is to observe your eyes in natural sunlight (no artificial lighting). Try to have a white background behind you to get the most accurate look at your eye color. Hold a mirror (an actual mirror is better than a phone screen, which can distort colors) close to your face, so that you can see one eye clearly. Hazel eyes will have a mixture of green, brown, and gold colors, often with a burst of one color close to the pupil, while the outer part of the iris is a different color.

Eyes that are primarily blue or a solid hue of any color aren’t hazel. If your eyes are a solid copper or yellow-gold color, with very little green, then they are considered amber, not hazel. If you still aren’t sure what color your eyes are, use this guide for additional help. 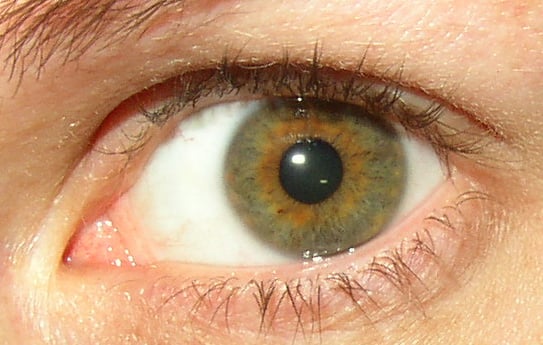 What are hazel eyes? Hazel eyes are eyes that have a combination of green, gold, and brown coloring, which sets them apart from most other eyes, which are a solid color. The amount of each color can vary among different people with hazel eyes, which can cause hazel green eyes or hazel brown eyes. Hazel eyes are fairly rare, and only about 5% of the population has them.

Can eyes change color? It’s very unusual for eyes to change color in adulthood, but if you really want hazel eyes, you can wear colored contacts to temporarily change how your eyes look.

Interested in big numbers? Wondering how many zeroes are in a googol or what the largest number in the universe is? Learn this and more in our guide to a googol and a googolplex.