How to Address an Envelope (Photos Included!)

Addressing an envelope to mail a letter isn’t really a common task anymore. (Thanks, email!) But there’s always a chance a situation might pop up where you need to know how to properly address a letter envelope. Everything from sending out wedding invitations to paying bills requires you to know how to address envelopes.

If you don’t know how to address an envelope, you’re in the right place! This article will tell you everything you need to know about addressing an envelope if you’re sending letters in the United States. In this article, we’re going to cover the following info:

Are you ready to learn how to address an envelope? Then let’s get started!

How to Properly Address an Envelope: The Basics

Addressing an envelope is pretty simple once you understand the overall format. Let’s start with the most basic thing you need to know about how to address an envelope: which part of the envelope you write on! 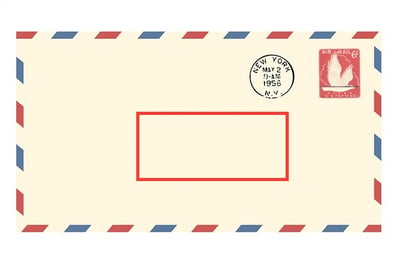 The recipient's address goes in the center of your envelope, right in the red square. (FYI: there won't be a red square on your actual envelope.)

This is how you write the recipient’s address on an envelope when the recipient just has a basic residential address. We’ll talk more about how to write more complicated addresses (like apartment buildings and PO boxes) a bit later. 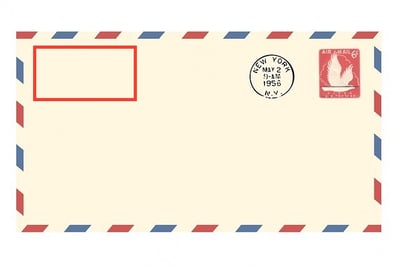 The return address on your envelope should be in the top left corner. (Basically it should end up where the red square is on this example!)

So, just like the recipient’s address, the return address should include your name or the sender’s name on the first line, the sender’s street address on the second line, and the sender’s city, state, and zip code on the third line. 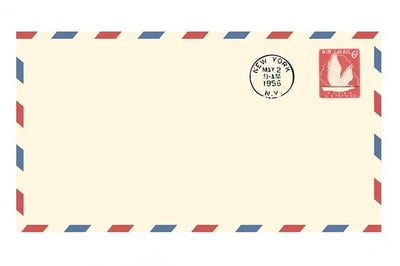 The stamp on your envelope should go in the same spot as the stamp on this one. Just make sure you're using the correct postage!

You probably already know that sending letters costs money in the form of stamps or other postage. If you’re mailing a letter from home, you’ll need to purchase stamps to add to your letter to cover the cost of mailing it. Most of the time, you can purchase stamps when checking out at the grocery store or from your local post office.

When mailing standard letters within the United States, you usually only need to include one Forever stamp. Bigger envelopes or packages may require additional postage.

So where do you place stamps on an envelope? Stamps should be placed in the upper right hand corner of the front of an envelope. People usually try to place the stamp pretty close to the edges of the envelope.

Keep in mind that the number and type of stamps you’ll need depend on what you’re mailing. An average letter will require a different number of stamps than a manila envelope full of heavy documents. If you’re ever unsure about how many stamps you should put on your envelope or what the best way to mail your letter is, you can always call and ask your local post office or check the USPS website. 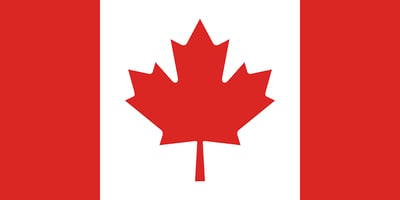 Sending a letter to Canada? Follow the special instructions below.

How to Address a Letter to Canada

There are four lines that you need to include in the recipient’s address for a letter to Canada:

So a letter envelope addressed to a recipient in Canada would look like this:

Now, let’s talk about how this Canadian address is different from a U.S. address. First, Canada has provinces instead of states. This means you’ll need to know the Canadian province that the recipient lives in. In the example address above, “Toronto” is the city in Canada where the recipient lives, and “Ontario” is the province.

You’ll also need to include a return address in the upper left hand corner of your envelope. It should be formatted just like the return address on any other letter: your name appears in the first line, your street address in the second line, and your city, state, and zip code in the third line.

The only major difference in writing the return address on a letter to Canada is that you will also need to include your country on the fourth and last line. So if you’re writing from the U.S., you will simply write, “United States” on the fourth line.

The last thing you’ll need is postage. Postage rates from the U.S. to Canada can vary based on the size and weight of the letter and the location you’re mailing to and from. To find out the correct number of stamps or cost of postage, use the Canada Post Rate Calculator.

How to Write Address on Envelopes: Picture Example

When it comes to how to address an envelope, having a visual example can help you know you’re getting it right. Here’s an example of what a correctly addressed envelope looks like: 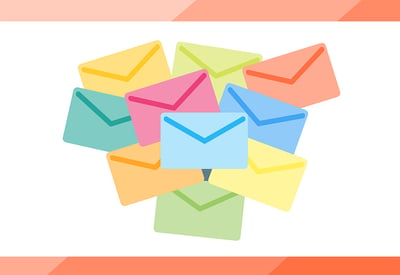 4 Other Examples of How to Fill Out an Envelope

Now that you know the basics of how to address an envelope, let’s look at some specific types of addresses. Formatting addresses for mailing can differ depending on the type of residence of your recipient and where you’re mailing from. We’ll cover the basics of how to write an envelope address for PO boxes, apartment buildings, businesses, and U.S. recipients from overseas senders below.

How to Address a Letter to a PO Box

When it comes to how to write an address on an envelope for a PO box, there are a few things you need to know. A PO box, or post office box, is a lockable box that’s located in a post office. Some people choose to receive their mail at PO boxes, and some countries only use PO boxes to deliver local mail. If your recipient has a PO box, you have to include that info in the address on the envelope.

To address an envelope to a PO box, you’ll replace the street address information with the PO box number. If you’re writing the address with a PO box on an envelope, it should look like this:

In the example above, the PO box and the box number replace a normal street address. Including the correct PO box number ensures that your letter gets to the right place!

How to Address a Letter to an Apartment Building

To properly address an envelope to an apartment building, you need to include the street address, the building number, and the recipient’s unit number.

When addressing an envelope to a recipient who lives in an apartment, the address should look like this:

In this example, the street address appears on the second line, followed by the apartment building number and the number of the recipient’s apartment unit.

If you aren’t sure about how to write the recipient’s address, you can always call their apartment complex to get this information, or check with the U.S. Postal Service.

How to Address a Letter to Someone in an Office Building

“Attn” stands for “attention,” which means that the letter should be brought to that person’s attention within the company!

The full recipient address on a business envelope should look like this:

You may see something like “C/O" in front of the recipient’s name instead of “Attn” in some examples. That’s okay: the “C/O" means “care of,” and it works exactly the same way as “Attn.” Both “C/O" and “Attn” will ensure your letter goes to the right recipient when you’re sending a letter to a business address.

How to Address a Letter to Someone in the U.S. From Overseas

If you’re mailing a letter to the U.S. from another country, you have to include a couple of extra elements on your envelope. The main things you need to include on an envelope to someone in the U.S. from overseas are the name of the country and international postage.

An address on an envelope to someone in the U.S. from overseas should look something like this:

So when you write a letter to a U.S. recipient if you’re out of the country, you include the recipient’s name in the first line, the street address in the second line, and the city, state, and zip code in the third line. The one additional thing you must include is the name of the country in the fourth line of the address.

What about if you need to mail a letter from the U.S. to another country? Depending on the mailing service you’re using, there may be additional forms you need to fill out in order to send your letter. You can find out the requirements for mailing to different countries by checking the USPS Global Express website. You might consider using a service that assigns tracking numbers to letters and packages. That way you can ensure your letter arrives at its destination successfully.