How to Say Good Morning in French Correctly 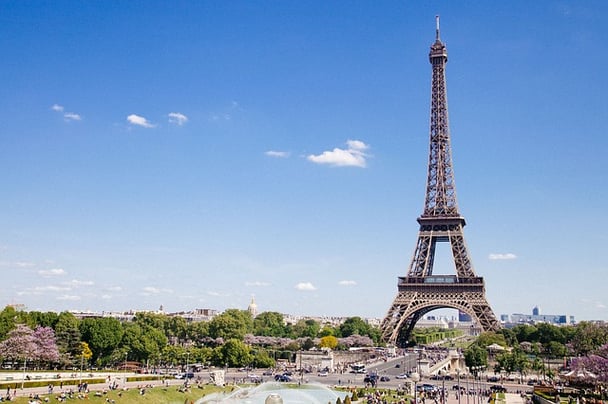 Who hasn’t dreamed of having breakfast in an adorable French cafe, dipping a croissant into a delicious coffee, and chatting with a new friend over pastries? Only—quelle horreur!—when you go to greet your friend, you suddenly can’t remember how to say “good morning” in French.

In this article, we’ll cover not only how to say “good morning” in French, but how to address the greeting to different people, and even how to say goodbye.

How Do You Say Good Morning in French?

If you know anything in French or you’ve ever watched Beauty and the Beast, you probably know how to say hello: “Bonjour!” Well, good news—”Bonjour” is also the standard French way to say “good morning”

In French, bonjour is pronounced bon-zhoor. The French ‘j’ sound, as it’s heard in bonjour, is a bit like sh in English crossed with the dg sound in “judge.” It’s not the expected “j” sound we have in English, so be sure you really listen to how it’s said before you accidentally greet somebody by saying, “Bone Jurr.”

However, though we might say “good day” to greet or say goodbye to people, it’s purely a greeting in French. We’ll cover the goodbye version below!

There is another method of saying good morning in french: “bon matin,” pronounced bon mah-teen. However, though this is a literal translation of “good morning,” it is not typically used in France. It’s an Anglicization, or Anglicisme, that works as a literal translation but that isn’t commonly heard. However, bon matin may be heard more frequently in Québécois French, the variety of French spoken in Canada.

Generally speaking, bonjour is the standard method of saying “good morning.” But depending on where in the world you are, you may also be able to say bon matin!

Interestingly, you generally want to say bonjour to someone once per day. The next time you see them, you should use a more informal greeting!

But maybe you have a specific person you want to say “good morning” to, or you want to get a little fancier. Bonjour is a simple greeting that can be adapted to a lot of different situations!

If you want to be polite and you’re speaking to someone whose name you don’t know, you can greet them with “bonjour” and a title. French is a language with gendered nouns, so there are different forms of address for people depending on their gender:

All of those words can be added to the word bonjour for a proper “good morning” greeting in French—”Bonjour Madame/Mademoiselle/Monsieur.” If you’re greeting a small group of people, you can greet them all by name: “Bonjour Isabelle! Bonjour Delphine! Bonjour Étienne!”

But if you want to greet an audience, you probably can’t greet them all by name. In that case, you’d add the phrase à tous to bonjour, changing it from an individual “hello” to “hello everyone!” Literally translated, à tous means “to all.” It’s pronounced ah toos.

But you can get even fancier, if you so desire. Because bonjour is such a flexible greeting, you can add all kinds of additions to it to make it more specific, such as: 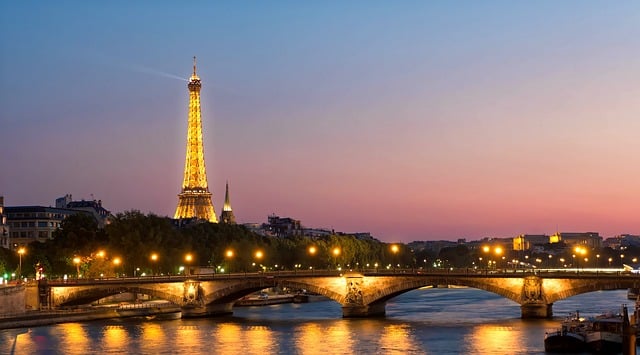 How to Say Goodbye and Good Night in French

Parting is such sweet sorrow—in French, you need a goodbye to match.

“Au revoir,” pronounced oh rev-wahr, is the typical French goodbye. Literally translated, it means something close to, “Until I see you again.” You can say this any time of day in any kind of situation, formal or informal.

Saying goodbye in the evening gets a little trickier. The literal French version of good evening, “bonsoir” is used as a greeting after about six PM. You don’t generally use bonsoir as somebody is leaving unless the situation is formal—instead, you’re more likely to say “bonne soirée,” bohn swah-ray, which is the same phrase with feminine endings, when you’re wishing somebody a good evening as they or you are leaving.

You also wouldn’t say “bonne nuit,” literally translating as “good night” and pronounced bohn nweet, unless the person is literally going to bed.

In general, “au revoir” is a good all-purpose goodbye unless you’re looking for something more specific. In that case, one of these other goodbyes may suffice—just be certain you match the correct one to the situation, especially because regional differences may make one or the other more acceptable. Watch and listen to what other people do and follow their lead!

Want to become a polyglot who excels in morning greetings? Check out this article on how to say good morning in Japanese!

Considering making French your major in college? Read up on all the reasons a foreign language major is a great idea (and the reasons it may not be)!

If you're still early in your language-learning career, check out this discussion of which foreign language you should take in high school!