Which Foreign Language Should You Take in High School?

Part of being a high school student is making a lot of decisions about which classes to take. While your foreign language courses may not be as critical to colleges as, say, which math classes you took, they are still something colleges look at and use to determine if you'd be a good fit for their school.

Also, if you play your cards right, the language you choose to study in high school could have a big impact on your future. I chose to study French and with my language skills I have been able to participate in an exchange with French high school students, get a job improving African schools, and spend a year in France teaching English.

I'll go over what colleges look for in foreign language study as well as the steps you need to follow in order to choose the best language for you.

Do Colleges Care Which Foreign Language You Take?

Nope! College admissions officers do not view certain languages as harder or more impressive than others because all foreign languages require time and dedication to learn and all provide benefits. This is great news because it means you can choose which language to study based on your interests!

So What Do Colleges Look for in Your Foreign Language Courses?

Colleges look for depth of foreign language study, not breadth, so they want to see that you've studied one language for several years. Studying one language for three or four years is much more difficult than taking introductory classes in several different languages, and it also shows that you have the ability to build off previous knowledge and stick with a subject.

Many colleges require applicants to have completed two or three years of foreign language study, and most top schools highly recommend or require four years.

The average high school student completes two years of foreign language study, but even if that is all that is required by the colleges you are interested in, studying a foreign language longer is always better and will make your application stronger.

Most students in the US begin their foreign language study at least by middle school, so if you took Mandarin in 8th grade and want to switch to Spanish next year, high schools usually allow that, and it won't negatively impact your college applications as long as you stick with the new language throughout high school.

The best things you can do to make your foreign language study a strength on your college applications are to stick to one language, take a course in that language each year, and get good grades in those courses. 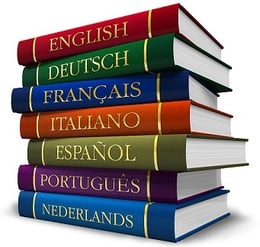 Choose one foreign language and stick with it throughout high school. Image via Valencia College.

How to Choose the Best Foreign Language to Study

Choosing a subject to study for four years while getting good grades requires a lot of time and dedication. Studying a foreign language is different from other subjects because people get frustrated and want to stop not because the material is too difficult (after all toddlers in other countries are learning it), but because learning another language can often feel boring, tedious, and never-ending.

There will come a time (probably many, many times) while studying a foreign language when you become frustrated and want to quit. Simply knowing yet another verb tense or vocabulary word will not always be enough to keep you motivated. You'll need a bigger reason to keep wanting to learn. Here are two ways to stay motivated:

#1: Choose a Language That Relates to Your Career Goals

When I was in high school, I made the decision to study French because I wanted to do international development work in Africa. Since France used to rule several African countries, millions of Africans speak French, and I knew that if I could speak French too, that might help me get a job. For some career fields, knowing a certain language can make you more employable or better at your job, and reminding yourself that your language skills could help with your future job search can provide an incentive to keep learning a foreign language.

Ask Yourself: What Type of Career Do I Want?

This doesn't have to be a specific job; a broad career field is fine. Are you interested in business? Do you think you might want to study medicine?

Below are five of the most popular foreign languages high school students study and some of the fields those languages are most used in. See if any of them match the type of job you'd like to have. 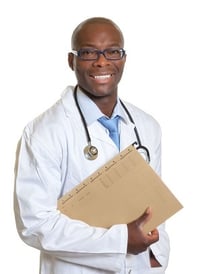 Because Spanish is spoken so widely in the United States, it is useful for many professions. It's particularly valuable for students planning to work in medicine or social work (so they can assist people who cannot speak English but may need immediate help), people interested in doing service work in Central or South America, and those considering customer service jobs. High school Spanish is a solid choice that many students take - you generally can't go wrong with this.

Because many international organizations use French, it is most valuable for students planning careers in diplomacy or international relations, as well as those who would like to work in or with Africa. Also, because Africa's economy has the potential to boom in the near future, French can be useful for business students looking to capitalize on the continent's growth.

With China continuing its huge economic growth, many US businesses have operations in the country and are working with Chinese corporations, making Mandarin useful for students planning to study business. Unlike the other languages in this list, Chinese is not written with the Roman alphabet, so it's an interesting challenge to learn as an English speaker.

Germany has one of the world's largest economies, and the country is also a leader in scientific and technological innovations. Learning German would be most valuable for those planning to study banking, science, engineering, and publishing. 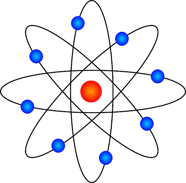 If you're interested in science, German may be a good language to consider studying

While there are no longer any native speakers of Latin, this language is still useful for those interested in careers in linguistics or students planning to learn multiple languages. Many words in the Romance languages come from Latin roots, and once you have mastered Latin, learning the Romance languages becomes a much quicker process.

Remember, these are just suggestions. It's perfectly ok to take Mandarin even if you want to be a doctor or Latin if you plan on a career in business. It's sticking with the language and getting closer to fluency that's most important.

So what's the best way to make sure you keep studying the language?

#2: Choose a Language That Is Interesting to You

Remember when I mentioned being frustrated and bored while studying a foreign language? Having a genuine interest in the language will give you motivation to keep studying it, maybe even years after you graduate high school. How do you know which language you'll find most interesting? Ask yourself the following questions:

Do Any of My Hobbies Relate to a Foreign Language?


Where Do I Want to Travel? 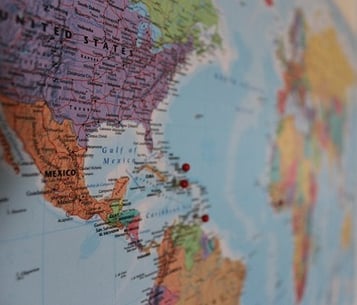 Your travel goals can help you decide which language to study

Which Languages Sound the Best to Me?

Do I Know Anyone Who Speaks These Languages?

How Similar Do I Want This Language to Be to English?

Do I Want a Lot of Opportunities to Speak This Language?

The bottom line is that the way to stay interested in a language so that you study it for multiple years and get high grades like colleges want to see is to remember the big picture.

Learning a new language is more than conjugating verbs and memorizing the gender of nouns. Knowing another language can introduce you to people and parts of the world you wouldn't have experienced otherwise. Keep that in mind when deciding on a language and choose one which will hold your interest outside the classroom and encourage you to push your boundaries.

Thinking about which other classes to take in high school? Take a look at our guides to choosing which math and science classes to take and start planning your schedule.

Trying to decide whether to take the ACT or the SAT? Read our guide to figure out which test you'll score higher on!

Are you considering summer academic programs for middle school and high school students? Learn about the SIG, CTY, and Stanford EPGY programs to see if one of them might be right for you.

Thinking ahead to college applications?

If you’re a freshman, sophomore, or junior worried about college admissions, our world-class admissions counselors can help. We know exactly what kinds of students colleges want to admit and can make sure your profile shines.

PrepScholar Admissions is the world's best admissions consulting service. We've helped thousands of students get into their top choice schools, from state colleges to the Ivy League.