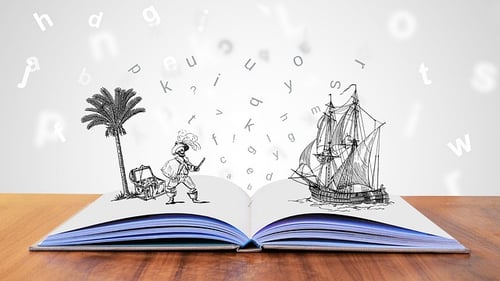 If you’re a writer or poet, you’ve likely heard of metaphors—and might even be a fan of using them in your own writing. Metaphors bring power, persuasiveness, and beauty to the written word.

Here, we explain what a metaphor is and list 50+ metaphor examples in literature, popular songs, famous quotations, and more. We also provide you with some tips on how to come up with unique metaphors of your own.

What Is a Metaphor?

A metaphor is a literary device and figure of speech that compares two unalike things in a non-literal manner. Usually, the two ideas being compared will have one trait in common but differ in all other respects.

Metaphors are used by writers for clarity, rhetorical effect, and emphasis; they're also used to add color to descriptions. You’ll see metaphors most often in poetry, fiction/prose, and song lyrics.

Now, how does a metaphor differ from a simile? A simile is a type of metaphor that specifically uses the words "as" or "like" to make a comparison between two unalike things.

By contrast, metaphors do not use either of these words; rather, they will say that "A is B" to make the comparison (even though we know A is not literally the same as B).

Basically, all similes are metaphors—but not all metaphors are similes.

For this list, we include a wide array of metaphor examples, which are divided into the following categories: 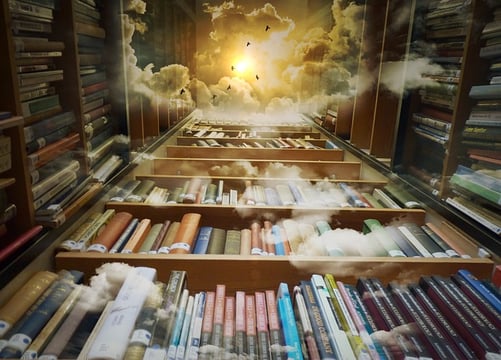 These metaphor examples come from famous works of fiction and poetry. We’ve also included an extended metaphor example, which is a long metaphor sustained for an entire paragraph, story, or poem (noted below).

"But thy eternal summer shall not fade" — William Shakespeare, Sonnet 18

But, soft! what light through yonder window breaks?
It is the east, and Juliet is the sun.
— William Shakespeare, Romeo and Juliet

If you can look into the seeds of time,
And say which grain will grow and which will not,
Speak then to me, who neither beg nor fear
Your favours nor your hate.
— William Shakespeare, Macbeth

All the world’s a stage,
And all the men and women merely players.
— William Shakespeare, As You Like It

"Her mouth was a fountain of delight." — Kate Chopin, "The Storm"

"The sun was a toddler insistently refusing to go to bed: It was past eight thirty and still light." — John Green, The Fault in Our Stars

"The sun in the west was a drop of burning gold that slid nearer and nearer the sill of the world." — William Golding, Lord of the Flies

I’m a riddle in nine syllables,
An elephant, a ponderous house,
A melon strolling on two tendrils.
— Sylvia Plath, "Metaphors"

Marriage is not
a house or even a tent
— Margaret Atwood, "Habitation"

"She was a mind floating in an ocean of confusion." — Caroline B. Cooney, The Face on the Milk Carton

The caged bird sings
with a fearful trill
of things unknown
but longed for still
and his tune is heard
on the distant hill
for the caged bird
sings of freedom. 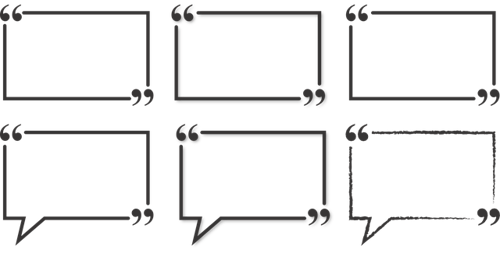 These next metaphor examples all come from quotations said or written by well-known writers, politicians, scientists, artists, and so on.

"Dying is a wild Night and a new Road." — Emily Dickinson

"Time is the moving image of eternity." ― Plato

"Books are the mirrors of the soul." — Virginia Woolf

"All religions, arts and sciences are branches of the same tree." — Albert Einstein

"Art washes away from the soul the dust of everyday life." — Pablo Picasso

"Your very flesh shall be a great poem." — Walt Whitman

"Advertising is the rattling of a stick inside a swill bucket." — George Orwell

"But there are many mountains yet to climb. We will not rest until every American enjoys the fullness of freedom, dignity, and opportunity as our birthright." — Ronald Reagan, Second Inaugural Address

"Trees are poems the earth writes upon the sky." — Kahlil Gibran

These metaphor examples were taken from popular song lyrics.

'Cause, baby, you're a firework
Come on, show 'em what you’re worth
— Katy Perry, "Firework"

Fire away, fire away
You shoot me down but I won't fall
I am titanium
— David Guetta ft. Sia, "Titanium"

I'm a genie in a bottle
You gotta rub me the right way
— Christina Aguilera, "Genie in a Bottle"

Life is a highway
I want to ride it all night long
— Tom Cochrane, "Life Is a Highway" 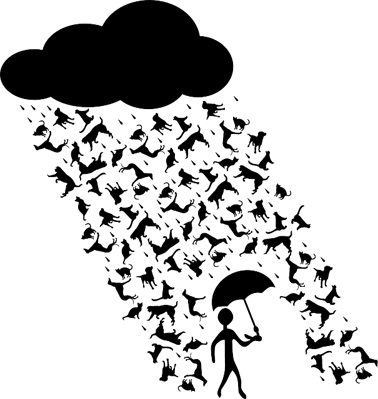 This section provides everyday metaphor examples for kids and adults. You’ll often hear them in day-to-day life. These metaphors are most often referred to as idioms, which are established sayings whose meanings are not deducible from the individual words within them.

While it’s fine (and perfectly normal!) to use idioms in everyday speech, they can sound clichéd in writing and should therefore be avoided.

All metaphors have been bolded (except when the entire sentence is the metaphor).

Eyes are the windows to the soul.

The sound of the pouring rain was music to my ears.

Love is a battlefield.

He has a heart of stone.

She has the strength of an ox.

My best friend stabbed me in the back.

It’s time to face the music.

That name doesn’t ring a bell.

Our vacation plans are still up in the air.

I had to break the bank to be able to afford this car.

That exam was a piece of cake.

I like reading novels, but poetry isn’t really my cup of tea.

Telling jokes is a good way to break the ice.

My cousin is kind of the black sheep of the family.

Finally, here’s a short list of original metaphor examples to give you an idea as to how you could come up with your own metaphors.

She was sobbing so hard that her tears soon evolved into a fountain.

The forest was a lush, emerald ocean waiting to be explored.

His eyes were bright diamonds, leading me out of the darkness.

The job interview was the final battle, and she was ready to win.

He couldn’t imagine a world without her: she was his passion, his hope.

I began to drown in a sea of memories.

Hope is the last lingering flicker of a candle.

Whenever she goes running, she becomes a cheetah chasing its prey. 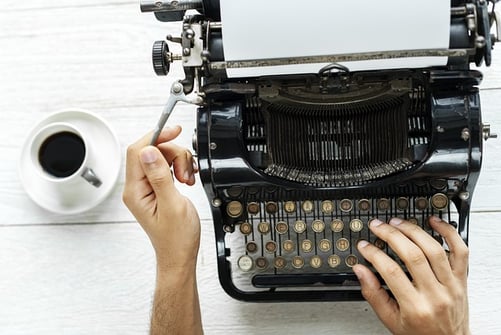 How to Use Metaphors in Writing: 3 Essential Tips

Whether you’re writing a poem, a short story, or something else entirely, knowing how and when to use metaphors can help your writing stand out in a more impactful way. Here are three tips to help you use metaphors more effectively.

Although we gave you tons of metaphorical idioms above, in writing you will actually want to avoid using these, as they can make your writing sound unoriginal and boring.

Using clichés in anything you write will generally signal to the reader that you’re a lazy, uninspired writer who doesn’t think that it’s worth taking the time to come up with your own unique, creative metaphors.

Your Dictionary has a long list of clichés you’ll want to avoid when you write.

The only time you might want to use a clichéd metaphor or idiom is when you’re writing dialogue for a character and want to make their speech sound more realistic. Other than this, though, definitely avoid them!

A metaphor compares two unalike things, and while these things should certainly be very different from each other, they still must share some clearly detectable commonality. What this means is that you can’t compare two things that are so different that the metaphor won't make any sense to the reader.

For example, if you wanted to use a metaphor to describe the rhythmic, pleasant, delicate melody of a flute, it wouldn't be logical to compare it to something harsh, uncomfortable, or irregular.

Ultimately, your metaphors should be easily understood by the reader. If you’re not sure whether the meaning of your metaphor is clear or relevant, ask a friend or family member to read it (in context) and tell you whether they were able to interpret it easily.

#3: Don’t Clutter Your Writing With Too Many Metaphors

Finally, be sure to avoid clogging up your writing with too many metaphors.

Although metaphors are great devices for emphasis and poetic effect, they can also clutter your writing with way too many comparisons and make what you’re trying to say unclear and vague.

You risk not only alienating the reader when you have so many metaphors, but also lessening the impact of each metaphor, since they’ll all start to blend together and become less memorable.

If you’re ever in doubt, consider whether it might be best to avoid placing a metaphor in a certain spot and instead see how the text reads without it. Remember as well that you only want to use your strongest metaphors!

Exactly how do similes differ from metaphors? Our in-depth guide provides a clear explanation and gives you some helpful examples of both figures of speech.

Working on a piece of fiction or trying to analyze a work for English class? Then you'll want to read up on what the most important literary devices and poetic devices are and how they work.

What is the purpose of an epilogue? Learn how epilogues work in novels and get some tips on how to write your own.