Pisces and Aries Compatibility: Do They Get Along? 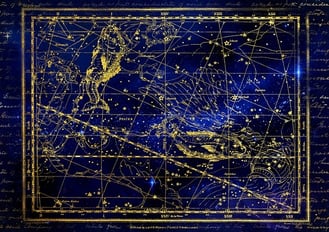 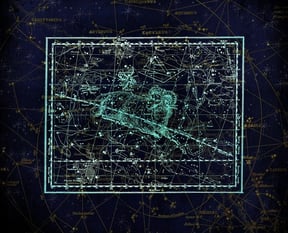 How Well Do Aries and Pisces Get Along? Overall Compatibility

Aries and Pisces have a lot in common. Both signs are creative, pleasure seeking, and generous. This means that an Aries and Pisces pairing can be a lot of fun. Expect these two to always have a new idea for a night on the town, a new hobby they want everyone to try out, and the list of the most happening parties that weekend.

However, there are other areas where these two signs don't match up as well. Aries is the first sign in the zodiac calendar, and they're a fire sign ruled by Mars. Pisces is the last sign of the zodiac, and they're a water sign ruled by Neptune. All these opposite traits can put these two signs at odds with each other. Pisces are much more emotional than fiery Aries, and conflicts between these two can often devolve into one side (Pisces) crying while the other side (Aries) shouts. Additionally, Aries are more of a born leader, while Pisces are so focused on making others happy that they can often be pushed around by more assertive signs.

Overall, we rank Pisces Aries compatibility at a "medium" level because their relationship can really go either way depending on the effort each puts in to understand the other sign. Read the rest of this guide to learn how Pisces and Aries relationships look in different contexts, and what you can do to increase compatibility.

Use the chart below to see how compatible Pisces and Aries are for different characteristics such as intellect, romance, and conflict. Each is ranked high/medium/low depending on how compatible the two signs are. 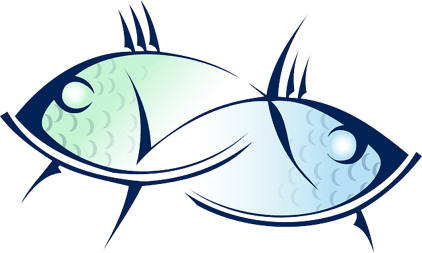 Both Aries and Pisces are known to dive headfirst into relationships and get swept up in the passion and excitement of a new love. Neither is afraid to show their feelings, even in the early stages of dating. Additionally, both are generous signs and will make an effort to ensure the other is happy. However, after the honeymoon phase is over, things can get more difficult for an Aries man and Pisces woman (or Pisces woman and Aries man).

Pisces are super romantic and will go out of their way to do thoughtful things, big and small, for their Aries lovers. They will also go to great lengths to keep Aries happy, even sometimes at the expense of their own happiness. Aries, while still a generous sign, can be more thoughtless than Pisces and make offhand remarks that Pisces find deeply wounding. Aries can also find Pisces' intense devotion stifling and overly needy when it prevents them from doing other things they're interested in. Over time, Aries can find Pisces to be a downer and too wishy washy, while Pisces get frustrated when Aries come off as too pushy or not as dedicated to the relationship as they are. Honest communication is needed to keep Pisces Aries compatibility as high as it was at the start of the relationship.

Aries and Pisces friendship can go a lot of ways as these two aren't naturally super compatible as friends. Aries love to jump from one activity to another, sometimes with a different group of friends for each one, while Pisces prefer more calm and stable relationships with their friends. The different energy levels of these two signs can make it difficult for them to find common interests or enjoy spending more than a couple hours together. Additionally, because Aries are more assertive, they often take the lead in friend groups, leaving more people-pleasing Pisces to be seen as pushovers.

The success of a friendship between these two signs will often depend on the patience of the Pisces friend. If they're willing to overlook when Aries is flighty or frustrating, the friendship can last for a long time because Aries will always appreciate having a Pisces friend to talk to or give a shoulder to cry on.

Pisces are devoted to their families, so they will put in a lot of effort to maintain close family bonds with all their relatives. Aries love their families too, but they are less outwardly committed and may not put in as much time to uphold family traditions or make it to far flung family reunions. Additionally, Aries' fiery tempers and need to be in charge can put a strain in familial relationships over time. These two work best in family relationships where the Pisces is naturally in charge (such as a parent or older sibling) and can help keep Aries in line a bit and encourage them to stay connected with the rest of the family.

Pisces and Aries work great together in the office, although they may drive some of their other coworkers crazy with their off-the-cuff, imaginative ideas. Both signs are creative and love coming up with solutions to a problem, although these ideas might not be all that logical once a more grounded sign, such as Taurus or Capricorn, takes a look at it. Because they are naturally assertive, Aries will put themselves into leadership roles, even if they aren't actually higher up on the workplace food chain than Pisces. But despite any issues that arise, both these signs work well with others, and they're often valued employees because of their creativity. If conflict arises in the workplace, it's rarely between Aries and Pisces. 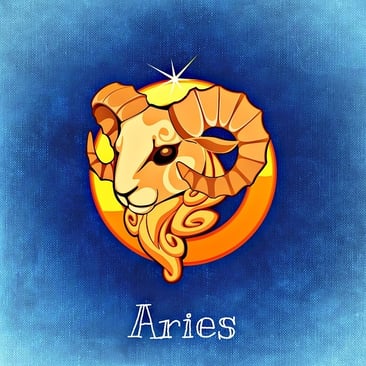 So, do Aries and Pisces get along? By now you've probably realized that Aries and Pisces compatibility can go in a lot of directions, depending on the relationship between the two signs and the effort they put into getting along. What happens a lot between these two is that they're drawn to each other's kindness, passion, and creativity and think they've met a partner for life. Later on though, their differences begin to appear. Aries can begin to see Pisces as overly emotional pushovers who never want to try anything new, while Pisces can see Aries as reckless hotheads who jump to the next activity (or person) as soon as they get bored.

An Aries/Pisces relationship isn't doomed for failure though, they can actually get along great if they make an effort to understand each other. Use this advice to ensure smooth sailing:

If you're a Pisces, you're hyper-aware of other people's feelings, and you'll do a lot to ensure the people you care about are happy. However, this can sometimes mean that you're steamrolled by more assertive signs, like Aries. When you're with an Aries, remember that your opinions and preferences matter just as much as theirs, and don't be afraid to speak up if you're unhappy with the way something is going, whether it's a big or small issue. It's also important to remember that, even if they don't show it the way you do, Aries care a lot about being kind and making others happy. Therefore, if they do something that's hurtful, don't automatically write Aries off. They can be a bit thoughtless sometimes, but their heart is in the right place. Tell them how you feel, and, in almost every case, they'll do whatever they can to make it right.

If you're an Aries and you want a strong relationship with a Pisces, it's critical that you remember how easily Pisces can be hurt. While you might think nothing of cancelling plans when something better comes along or being bossy in order to get your way, Pisces can see these actions as a rejection of themselves, and it can seriously damage your relationship with them. You don't need to walk on eggshells around a Pisces, but try to remind yourself how they're always there for you no matter what, and do your best to emulate that throughout the relationship. Once you have that solid foundation, Pisces will be much more willing to go along with your schemes, and you can be a great guide for Pisces as they break out of their shell and try something new and maybe a bit nerve wracking for the first time.

Want to learn more about Pisces? Our in-depth guide to Pisces explains everything you need to know (good and bad) about the fish sign.

Is it Aries you're interested in learning more about? Learn the 8 key Aries traits in our guide to everything you need to know about Aries.

Curious about other signs and their compatibility? Find out which signs work best for friendship and romance with Aquarius, Taurus, and Libra.

Want to learn more about the zodiac and how it was created? Then take a look at our expert guide to the zodiac symbols.