The 8 Aries Traits You Need to Know 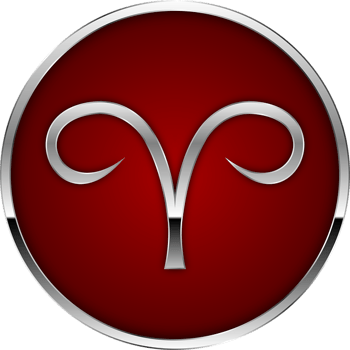 Ah, spring—such a wonderful time of year. No more snow or cold weather, flowers are in bloom, and summer's just around the corner. But that's not all this wonderful season brings: springtime means it's Aries season!

Are you or is someone you know an Aries? Gather ‘round and keep reading to learn all about the Aries zodiac symbol, key Aries personality traits, and the best ways to communicate with the Aries in your life.

An Aries is anyone born between March 21 and April 19. Although the start date doesn't sync up with our calendar year, Aries is the first of the 12 astrological signs in the zodiac.

Of the four natural elements that represent the zodiac symbols (air, earth, fire and water), Aries is a fire sign and its astrological symbol is represented by the ram constellation. Those born under the sign of the ram are known to be energetic, adventurous, dynamic, and impulsive.

Let's take a closer look at these Aries characteristics.

In astrology, each zodiac sign is assigned one of three modalities: cardinal, fixed, or mutable. A sign's modality helps us understand how people best express themselves. The Aries modality is cardinal. People born with a cardinal modality are known for being traditional, reasonable, and natural-born leaders.

Beyond their incredible leadership skills, Rams have a number of great characteristics. Here are the most important Aries traits to know.

With a zodiac sign ruled by Mars, the god of war, it's little surprise that Rams are known for being brave and tenacious. Aries signs are pioneers—they're the ones you call on to boldly go where none have gone before. Their fearlessness and courageousness make them the ideal people for trying new experiences, taking big risks, and breaking new ground.

Aries' fire element is responsible for their energetic nature, passion, and creativity. Being first in the zodiac means that people born under this sign aren't tied down with concerns about the past. An Aries is full of optimism and unbridled hope, making them highly generous and eager to help those in need, just so they can put a smile on people's faces.

As Rams are always battle-ready, people born under the Aries sign can have quite the temper. While it should fizzle out quickly, Rams still need some time to come down from their outbursts. Steer clear until they do, or else you might find yourself the target of their rage.

The energy and courage that make Aries such a great leader can be dangerous when coupled with blind optimism. An Aries will play to win but might not always take the time to assess the risks and turbulence they could face in a given task.

The same courageousness that enables an Aries to take on a new situation or task can become recklessness if it isn't channeled correctly. Because Rams don't think about the consequences of their actions, they often end up feeling overwhelmed and learning lessons the hard way when things don't go as expected.

Finally, Aries signs are known for being overly competitive and seeing everything as if it were a fierce fight to the death. So be prepared for the wrath of a Ram who's about to lose—they're likely to be a poor sport and let their fiery temper take control! 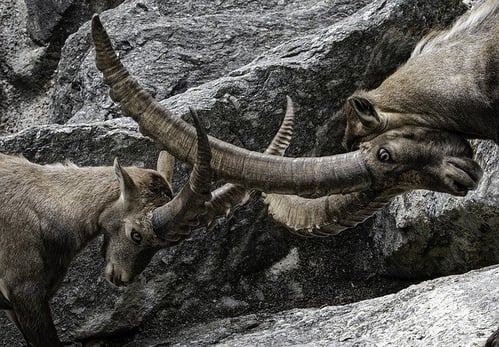 Aries might be a capricious sign, but Rams are no doubt fun, energetic, and magnanimous people who can make excellent friends, partners, and coworkers. Here's a look at some of the most prominent Aries characteristics in romantic, platonic, and professional relationships.

That fire element comes through big time with an Aries in love. In relationships, Rams are not afraid to jump in head first and are most definitely not shy about expressing their feelings. Their fearlessness means that they can be very romantic and passionate without concern for the consequences. If you aren't used to such boldness, being in a relationship with an Aries sign can be quite the shock!

That said, an Aries in love can be a wonderful thing. Given their sense of adventure and willingness to take risks, you'll never be bored dating an Aries. And because they're often outspoken, there's a pretty good chance that you'll never have to worry about where you stand with a Ram.

The bottom line: if an Aries asks you to be their date to the school dance, say yes!

Rams are very loyal to family and friends, even if they don't always reach out regularly. But the more fiery Aries traits can sometimes make it tricky to maintain stability in their relationships.

In families, Aries children are known for being active and assertive, traits that can cause them to butt heads with their peers and exhaust their parents. As such, parents of young Rams must learn early on how to discipline and deal effectively with their child's tantrums and rebellious nature.

As parents themselves, Rams are loving, selfless, and devoted to their children; however, they can also be overly protective and quick to punish.

When it comes to friendship, it's easy for an Aries to make lots of friends. That said, Rams won't bother holding onto friends who don't respect them (or others). They also like constant stimulation and spontaneity in their friendships, and if those needs aren't being met, they'll go ahead and start looking for new people to hang out with.

When it comes to the workplace, the natural leadership abilities of an Aries can be a tremendous asset. These are the people who will take on a new project with an infectious enthusiasm. Their innate intelligence and quick-thinking ways make them the kind of people you can trust to handle any setbacks along the way.

Aries people are also great for team dynamics. Rams are full of spontaneity that can keep the workday from becoming tedious and help bring shy coworkers out of their shells. Their generosity and willingness to help others makes them approachable.

Although the outspoken Aries might lack some tact on occasion, their optimism and ability to carry the team to new heights will more than make up for it. 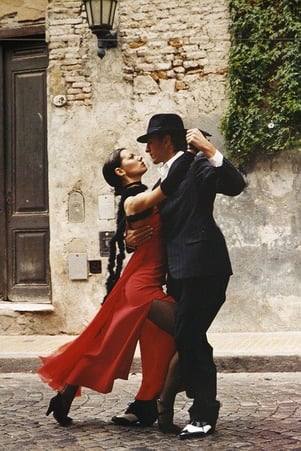 It's always best to let Aries take the lead.

Being a leader—being first—is usually important to those born under this sign. If you're an Aries, you could try tapping into those leadership skills by joining a school club or sports team. For example, if you're really good at a certain sport, you might look to play it in college as well. Your teammates will benefit from your enthusiasm and drive, and you'll have a structured environment in which to thrive.

If sports aren't your thing, try looking into volunteering somewhere. Your innate generosity and optimism will fit in perfectly with organizations in need of good people willing to help out. Check out these examples of community service projects to get ideas on places you could volunteer.

Since Rams are often temperamental, it's recommended that you work hard on finding ways to calm yourself and control your anger. Meditation, breathing, and yoga are a few options you have for gaining control of your quick fuse and learning how to remain calm in difficult situations.

How to Relate to the Aries in Your Life

If you're a friend or partner of an Aries, try letting them take the lead on planning an activity or date. The adventurous Aries wants to know that you can keep up, so remember to be open-minded and flexible—who knows what magic you'll encounter!

Because Rams are such altruistic people, you'll find it easy to get to know an Aries over a volunteer activity. Here are some possible volunteer opportunities you could try if you're hoping to kick-start some bonding time with an Aries.

Games and sports are also a fun way to get an Aries excited (though be sure to watch out for their competitive streak!). This zodiac sign has a lot of energy to expend and is willing to try almost anything, so don't be afraid to invite them out to engage in a bit of friendly (or flirty) competition.

Want to learn more about the zodiac and how it was created? Then take a look at our expert guide to the zodiac symbols.

You know all about the Aries personality, but what about other zodiac signs? Learn what it means to be a Taurus, Gemini, Cancer, Leo, Virgo, Libra, Scorpio, Sagittarius, Capricorn, Aquarius, and Pisces with our astrology series.

Love playing sports in high school, but not sure about doing it in college? Then you might consider looking into a sports management degree. 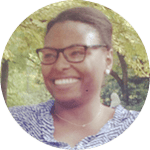