The 30 Best PSAT Memes to Destress During Test Prep 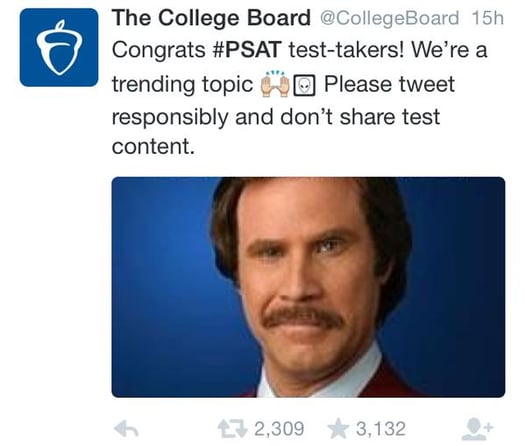 2018 was a banner year for PSAT memes. That’s because the College Board released a statement forbidding students to create memes about the 2018 PSAT exam. The result? The internet was flooded with amazing PSAT memes.

The College Board definitely shouldn’t have tempted students!

There are a ton of great ones out there, so it was difficult to whittle down our list of the best PSAT memes. But we rose to the challenge!

So without further ado, here are the 30 best PSAT memes.

Sharing PSAT content online is a huge no-no, but that hasn’t stopped anyone from exploiting test questions for hilarious memes. (Some of the questions can be pretty ridiculous, to be fair.)

Here are our favorite memes about the PSAT’s content.

#1: How Big Is This Bumblebee’s Head? 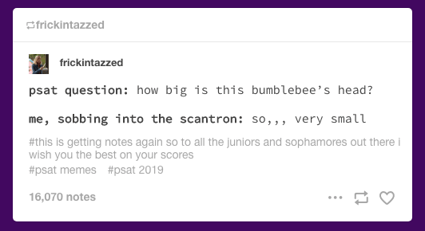 #2: In This Situation, the Answer Is C 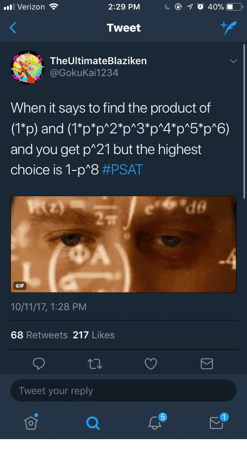 #3: Good Thing They Let Me Bring a Calculator 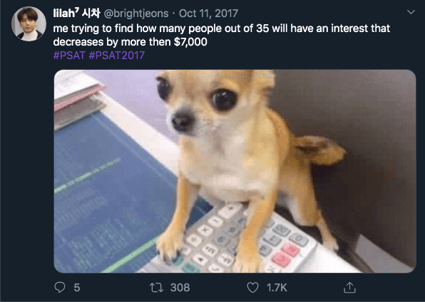 #4: This Is for Whomst’ver Needs This PSAT Meme 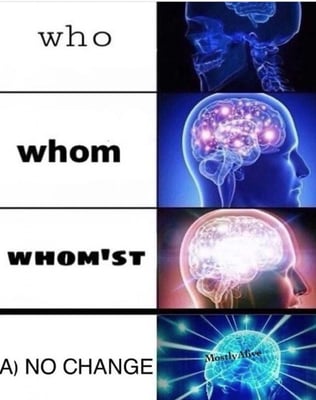 #5: The Only Constant Is Change or Something 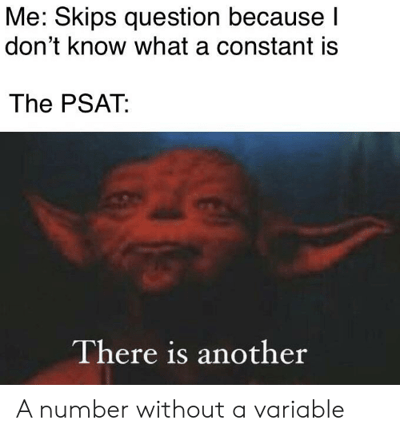 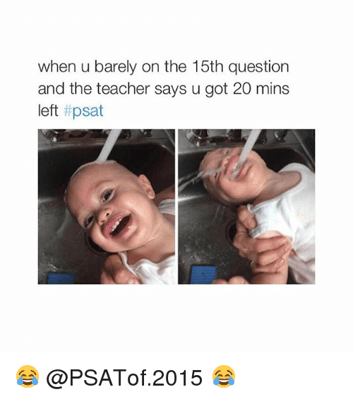 #7: You Don’t Know My Life, College Board 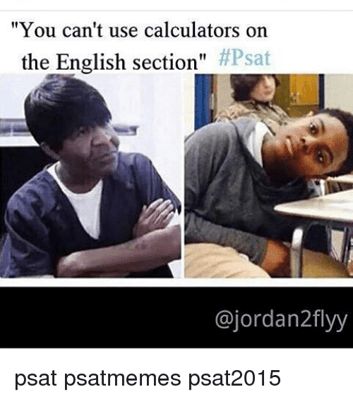 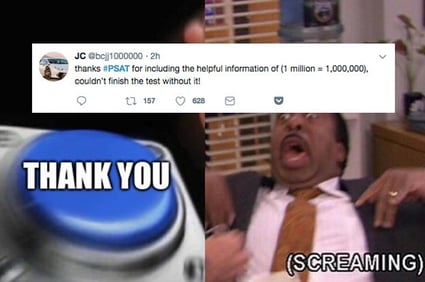 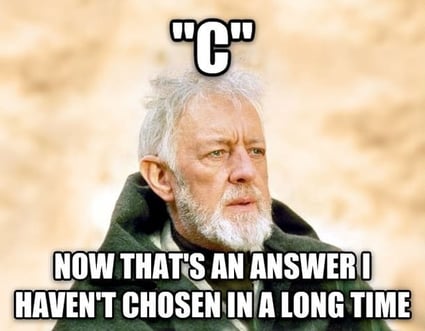 #10: This Meme Is Referring to a Very Specific Question 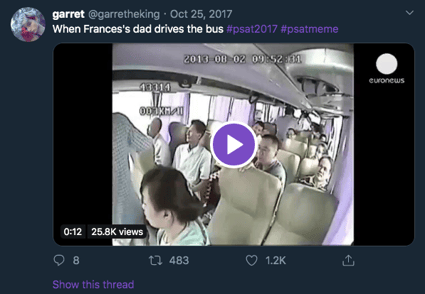 #12: Seriously. So Many Dolphin Questions 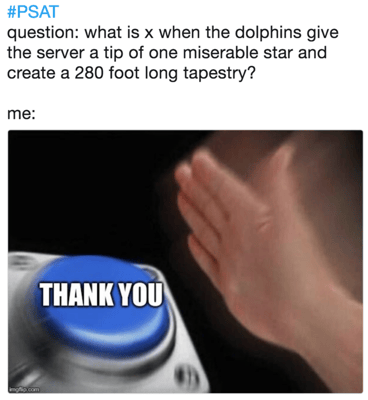 #13: Turn Your Speakers Down for This One. (Seriously.) 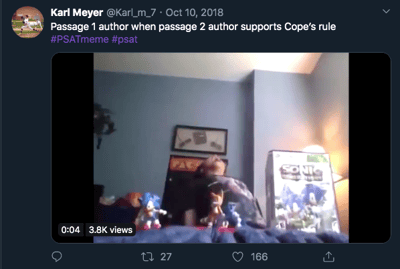 Some of the best PSAT Memes aren’t even about the test. They’re about the College Board, the organization that administers the PSAT. After all, they’re the ones that are really responsible for your pain.

So here are our favorite PSAT memes: College Board edition.

#15: When College Board Made Their Own PSAT Meme 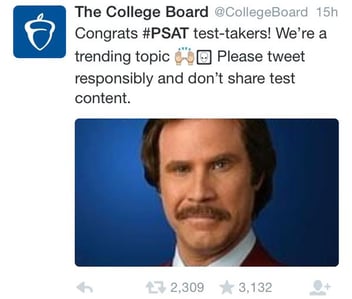 #16: Honestly, College Board Should Hire One of Us to Make Their PSAT Memes 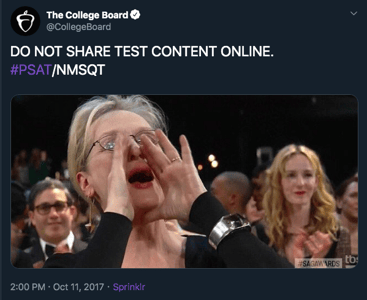 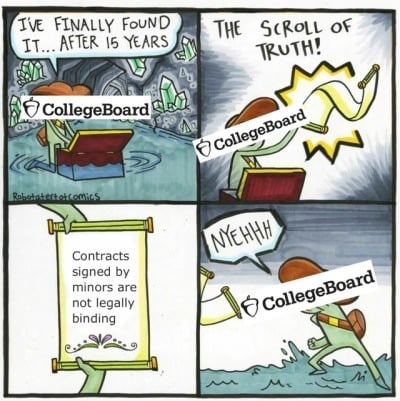 #18: Can I Just Skip the Taking the Test Part and Go Straight to the Memes? 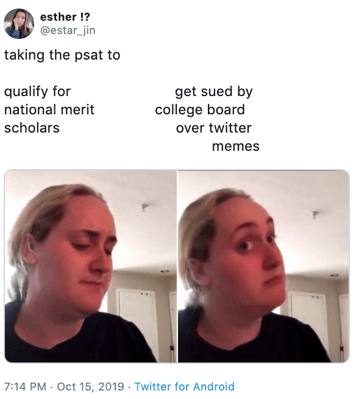 #19: College Board, You’ve Made a Terrible Mistake 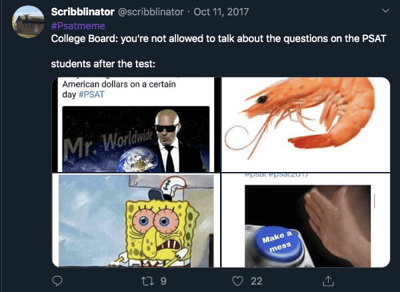 We all know that the College Board hates PSAT memes. (We guess they hate fun? And probably also cheating.) They even make sure you sign a statement saying that you won't share content, even in meme format.

Despite the College Board's harsh warnings, the PSAT memes keep rolling in. In honor of all the rule breakers out there, here are the best Don’t Make PSAT Memes memes!

#20: Ninja Stealth on the PSAT Memes 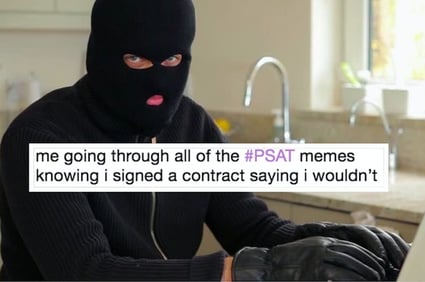 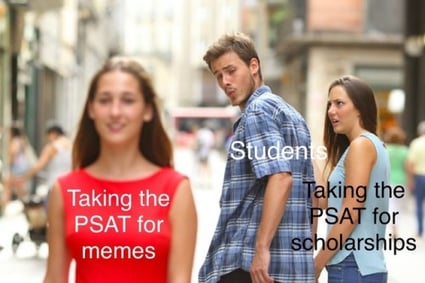 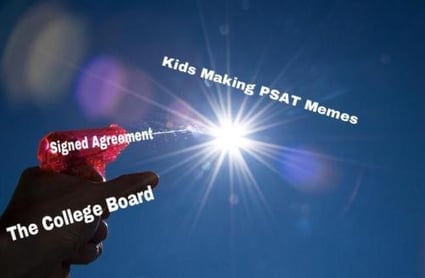 #23: Just Because You Can’t Take the PSAT Doesn’t Mean You Can’t Enjoy the Memes

#24: They’ll Never Find Me If I Don’t Upload a Profile Pic 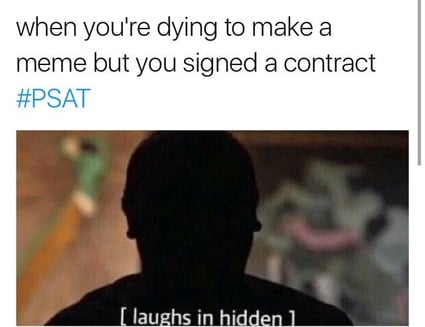 There are so many SpongeBob PSAT memes that we had to break them out into their own category. While there are tons out there, here are our favorites. 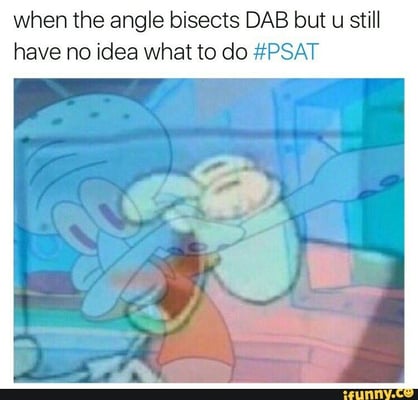 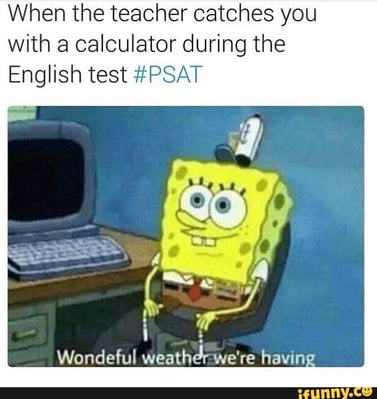 #27: i’M sOrRy fOr pOsTiNg aLL tHeSe mEmEs, cOLLeGe bOaRd! 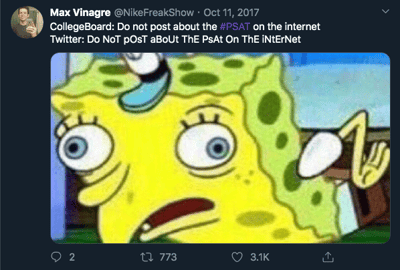 #28: One Miserable Star for This PSAT Meme 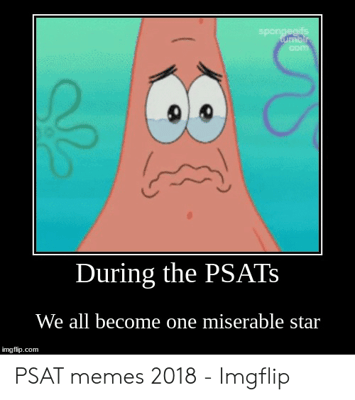 #29: Even College Board Is Making SpongeBob PSAT Memes! 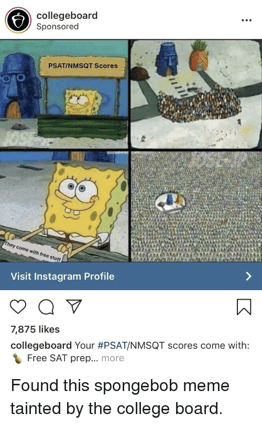 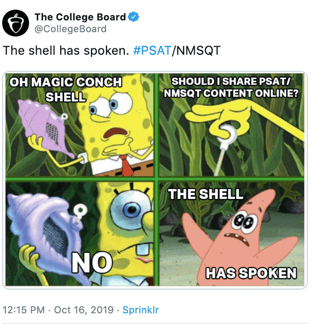 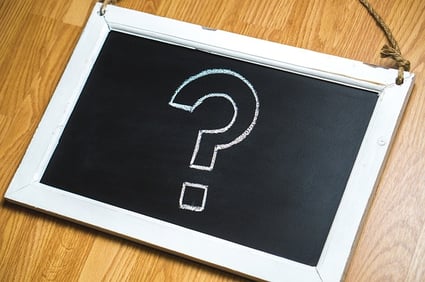 We've got more memes than just these. Be sure to check out our favorite SAT memes and ACT memes, too.

Memes are fun, but now the study break's over. Time to get ready for the actual PSAT. We have a ton of expert articles breaking down the PSAT for you. Feel free to browse, or you can start with our favorite: how to get a perfect score on the PSAT.

Disappointed with your PSAT performance? Want to improve your PSAT score by 150 points? We have the industry's leading PSAT prep program. Built by Harvard grads and SAT full scorers, the program learns your strengths and weaknesses through advanced statistics, then customizes your prep program to you so you get the most effective prep possible.