What Is the Putnam Math Competition? How Can You Excel? 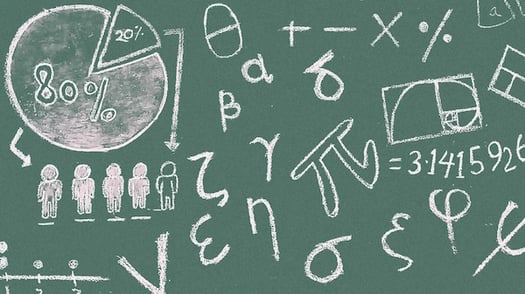 Looking for information on the Putnam Math Competition? Have you heard that the William Lowell Putnam Mathematical Competition is an incredibly challenging exam for undergrad students that regularly stumps math whizzes? Interested in learning what you can do for a shot at the top score? In this guide, we explain all the information you need to get ahead, including what is the Putnam Exam, what the questions are like, and what you need to do to be ready for it.

Overview of the Putnam Math Competition

The 2020 competition has been postponed to February 20, 2021, due to the coronavirus pandemic. This competition will be given in an "unofficial mode" with no prizes or proctors. Students will administer the exam themselves using an online platform, and their scores will be reported back to them at a later date.

More than 4,000 students compete in the Putnam Math Competition each year. Any student at an American or Canadian university can compete, and they can compete up to four times (once for each year they're an undergraduate).

The Putnam Math Competition consists of two three-hour competition blocks, one held in the morning, and the second held in the afternoon. During each block, students work individually to complete six math problems. The exam isn't held in one place. Instead, each university will set up a room/rooms on their own campus where students take the test under the supervision of a professor.

According to the official website, "The Putnam Competition covers a range of material in undergraduate mathematics, including elementary concepts from linear algebra, modern algebra, analysis, and number theory." Even though the questions are meant for undergrad students, you'll need to have very strong math skills to do well. In fact, among the participants, the median score is often a 0 or 1 out of 120, which means that half the students who compete often receive no points at all! Don't let this deter you, but know that a 5 in AP Calculus isn't enough to do well in this competition. It's meant to require studying and dedication.

Although students complete all work on their own, there is a team aspect to it. Schools are ranked according to the scores of their three highest-scoring participants, so there is some incentive for you to want your classmates to do well. Individuals with the highest scores receive prizes, as well as the math departments of the five schools whose top three score sums are highest.

How Is the Putnam Competition Scored?

Scores are generally announced in February, about two months after the Putnam Math Competition. Each of the 12 questions is worth 10 points each, for a total of 120 points. You can receive partial credit for each question. The most common score for each question is 0/10. Scores of 10, 9, and 1 are the next most common.

In 2019, one person received a perfect score of 120 (they were the 5th person in competition history to do so), fewer than a quarter of the 4,229 test takers received a score higher than 10, and the median score for the exam was a 2.

If you're interested in some in-depth data analysis (of course you are!), here's an interesting look at Putnam scores from 1938-2015.

What Are the Prizes?

Competing in the Putnam Competition is more about the prestige rather than coming away with a ton of cash, but there are still awards for top-scorers. The participants with the five highest scores are known as Putnam Fellows, and they each receive $2,500. One of these Putnam Fellows is also chosen by the trustees of the Putnam Fund to receive the annual William Lowell Putnam Prize Scholarship, which is $12,000 plus tuition at Harvard, to be used immediately or in the future (such as for graduate school).

Additionally, schools with the highest scores teams also receive prizes. The school with the first-place team receives $25,000, and each team member receives $1,000 (this can be in addition to any individual prize money they won). The awards for second place are $20,000 and $800, respectively. For third place, $15,000 and $600; for fourth place, $10,000 and $400, and for fifth place, $5,000 and $200. There is also the Elizabeth Lowell Putnam Prize which is periodically awarded to one or more female competitors “whose performance on the Competition has been deemed particularly meritorious.” Recipients of this award receive $1,000.

Some schools also offer prizes or scholarships to students of theirs who score well on the exam.

How Do You Sign Up for the Putnam Competition?

It's generally not difficult to get a spot at the Putnam Math Competition. You'll need to contact your school's math department to see what the process is. Schools need to register for the exam several months before the competition to ensure they have supervisors ready on competition day. Nearly 600 colleges already participate in the Putnam Math Competition, but if your school doesn't it may take some more time for them to get that process going.

Here's what one of the Putnam Exam questions looks like:

Raise your hand if you had to look up "eigenvalue!"

And here's how you solve that question: 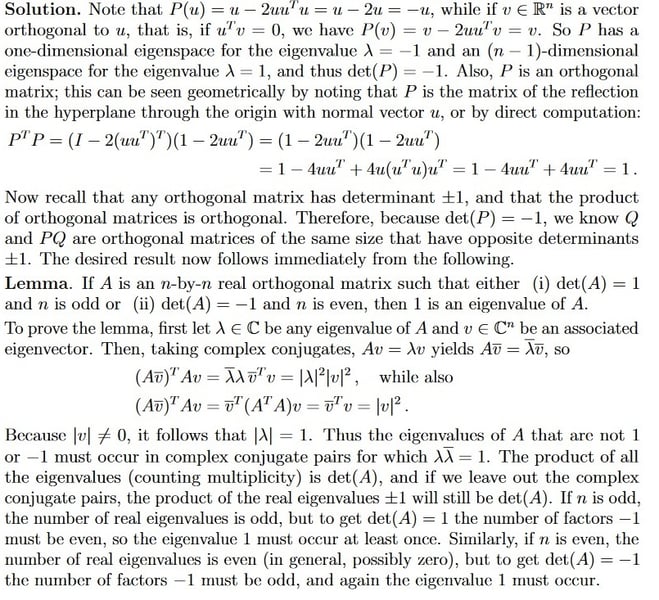 Obviously, these aren't problems that most college students can solve; even math experts will need to spend some time working through them. You'll need to have a strong grasp of mathematics, particularly problem-solving skills. As you have three hours to complete each set of six questions, expect to spend about 30 minutes on each question.

How to Prepare for the Putnam Math Competition

So, what can you do to give yourself an edge in the Putnam Competition? You definitely need strong innate math skills, but also expect to do a lot of preparation. The questions Putnam asks are designed to be especially tricky, and if you aren't used to them, you can be completely stumped, even if you're a math whiz. Follow the four tips below to prepare for the Putnam Competition.

Putnam math exam questions aren't quite like any other math questions. You can't just study tough math problems from your schoolwork, or from AP math tests, and expect to be well prepared. This means that completed practice Putnam problems are the #1 way to prepare for the exam. In the section above, we linked to all 12 questions from 2019. Those are a great place to start. For more practice, the Putnam competition also sells three books with practice problems ranging from 1938 to 2000. To start, we recommend the book with practice problems from 1985-2000, since more recent problems are likely to be closest to the problems you see on your own exam.

If you look online, there are also lots of old Putnam problems available for free. For example, here are the 2018 questions and solutions. Look for official sources as much as you can. Sometimes people unconnected to Putnam will post their own solutions, which can be either convoluted to understand or straight out incorrect. If you're ever confused/unsure of a source, ask your school's Putnam leader to look it over.

For all the practice problems, try to get as far as you can on each. It's ok to spend a few days thinking over different ways to solve it. Then, review the solution carefully to understand where you got stuck/what you did wrong. And don't expect perfection! Remember, most people are scoring only a point or two on the competition. This isn't supposed to be an exam that you ace.

Almost all the Putnam competitors are majoring in a math-focused field, and this helps them get regular exposure to tough math problems in their classes. Some schools, like MIT (a Putnam Math Competition powerhouse) even have classes specifically designed for teaching Putnam skills, but, in general, any high-level math class that focuses on problem-solving skills is good to have. Spend time really working through problem sets, especially the hardest problems, and don't be afraid to ask your teacher for help if a problem stumps you. It's by working through these hard problems that you'll gain the skills needed to do well at the Putnam Competition.

Some colleges offer practice Putnams where students can take exams very similar to the real Putnam Math Competition to learn the style of the questions and where they need to build up their skills. If your school offers this, we highly recommend you take part! They're often held in the fall, but can occur at any time during the year. They're a great way to work through more practice problems, and the professors leading the practice competitions often do in-depth work-throughs of the answers so you can see exactly how to solve specific problems. They're also a great way to meet other Putnam competitors at your school.

As you may have gathered, the Putnam exam questions are very challenging. It's very rare that anyone can sit down and solve them on their own right off the bat. Most work with math professors and other students to build up the skills they need to tackle them. So don't try to go it alone! See if your school already has a Putnam study team and, if not, create your own and recruit fellow math wizards. You can work through problems together and provide support as you work through practice problems. And remember, schools with the highest team scores get extra money, so you want your classmates to do well, too! 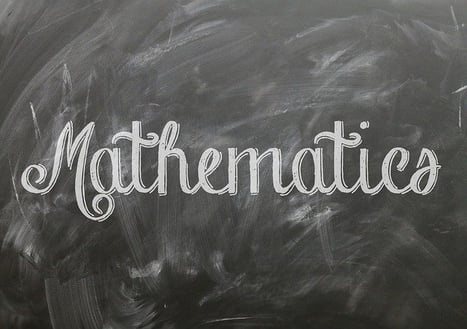 Summary: What Is the Putnam Exam?

The William Lowell Putnam Mathematical Competition is one of the most prestigious math competitions for college undergrads. It's designed to test top math students, and winning it can result in scholarships, cash awards, and grad school offers. However, it's very challenging to get a good score. The exam is scored out of 120, but most competitors only score a point or two. To give yourself the best shot at doing well on the Putnam Exam, be sure to work through a lot of practice problems, take high-level math classes, participate in practice Putnams, and set up or join a study group of other Putnam competitors.

Want to participate in Math Olympiad? Our in-depth guide to Math Olympiad breaks down everything you need to know about this competition.

Curious about the math scores it takes to get into top tech schools like MIT and CalTech? Read more about admission to engineering schools.