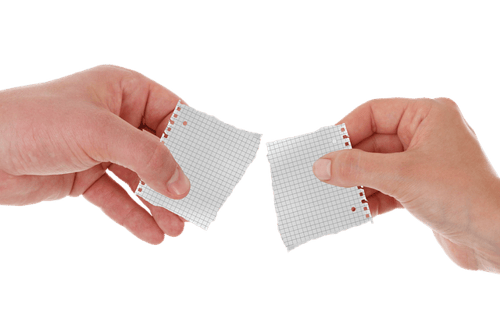 You’ve likely seen the word "recurring," but what about "reoccurring"? Is this word just a synonym for the former, or does it mean something different? In actuality, there's a lot to learn when it comes to reoccurring vs recurring.

Read on to get more information about the similarities and differences between these two words, what they each look like when used in writing, and how you can know when and how to use them.

Reoccurring vs Recurring: What's the Difference?

The words "reoccurring" and "recurring" might look very similar, but they’re not exactly identical in meaning to each other—at least, not always.

Let's start by looking at the "recurring" definition. "Recurring," which you’ve likely seen more often, is an adjective and verb that refers to something that happens again, usually repeatedly or at regular intervals. Its basic verb form is "recur." For example, you could describe a theme that comes up many times in a story as a recurring theme. Or you could call a dream you have again and again a recurring dream.

Meanwhile, the adjective and verb "reoccurring" refers to something that happens again—but not necessarily repeatedly or periodically. This word originally comes from the verb "reoccur," which is simply the verb "occur" with the prefix "re" (meaning "again") attached to it. For instance, people might fear that a natural disaster will reoccur in their area (in other words, they fear it will happen again after having happened at least once).

To sum up, although both "recurring" and "reoccurring" have similar definitions in that they each describe something happening again, "recurring" typically points to something that happens repeatedly or regularly, whereas "reoccurring" does NOT have any such implication.

Now, let’s check that you understand these nuanced differences with reoccurring vs recurring by looking at an example:

The first phrase, "a recurring problem," means that the problem has likely happened multiple times already and continues to happen or seems likely to continue happening.

The second phrase, "a reoccurring problem," suggests that the problem likely happened at least once and is now happening again—but without any hint that it will continue to happen or is happening on a regular basis.

Now that you've got a better grasp of reoccurring vs recurring, let's look at the history of the two words (that is, their etymology).

A Brief History of Recurring vs Reoccurring

As it turns out, the histories behind the words "reoccurring" and "recurring" are pretty similar.

Both "recur" and "reoccur" come from the Latin word currere, which means "to run." As a result, both words mean "to run again," with "run" acting as a synonym for "happen."

"Recur" is the older of the two, originating in the early 16th century, while "reoccur" came about in the 18th century.

Because the word "recurring" is older and far more common than "reoccurring," there has been debate about whether "reoccurring" (and "reoccur") is an actual word. Though several older dictionaries don't have an entry for "reoccur" specifically, many recent editions do (or, at the very least, list it as a variation of "occur" under the prefix "re").

Here is an overview of the different forms for reoccurring vs recurring: 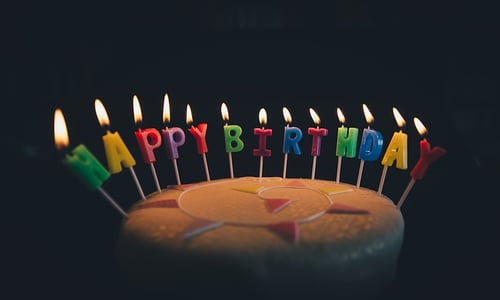 Real Examples of Recurring and Reoccurring

Even though "recurring" is a more common word than "reoccurring," both words appear often in real-life newspapers and online news sources. Here, we give you several examples to show you the different uses of "reoccurring" and "recurring."

Note that, in some cases, the words "recurring" and "reoccurring" are used as adjectives while in other cases are used as verbs. You’ll know a word is an adjective if it’s being used before a noun. I’ve also included a couple of examples that use the noun forms of both words ("recurrence" and "reoccurrence").

All bold emphasis in the following quotations is my own.

"A new book claims understanding the meaning of these recurring dreams will transform your life." (Daily Mail)

"Identify ways to keep it from reoccurring in the future, and clearly communicate the message to your entire team." (Huffington Post)

"However, normal grief will always have moments of reoccurring sharpness, pain as raw as the very first day." (Huffington Post)

"For instance, along with investing spare change from purchases, Acorns encourages customers to make a recurring investment of as little as $5 a month." (Los Angeles Times)

"For many women who thought they had beaten breast cancer, the news that it has roared back years later comes as an especially cruel diagnosis with no clear answers for why or how it recurs." (Science Daily)

"Venezuelan President Hugo Chavez has confirmed that he has suffered a recurrence of the cancer he was treated for last year." (BBC)

Reoccurring or Recurring? 2 Tips for Using Both Words

To wrap up, we give you two tips to help you know when and how to use both "recurring" and "reoccurring."

It can be helpful to familiarize yourself with common phrases out there that use either "recurring" or "reoccurring" (though the former is far more likely).

Here are some set phrases with the word "recurring" that will likely come up often in everyday situations:

Although there aren’t nearly as many set phrases with the word "reoccurring," I have noticed that many news sources use the phrase "prevent the reoccurrence of ~." The phrase seems to be used most often when referring to a one-off incident, problem, or catastrophe that has the risk of happening again. 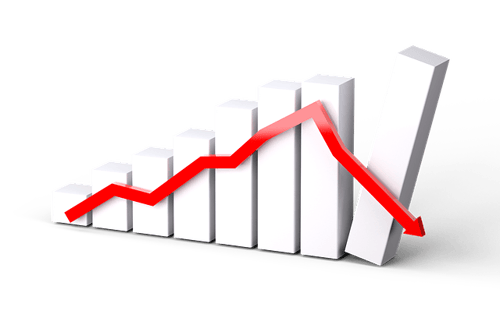 Nobody wants a stock market crash to reoccur!

#2: When in Doubt, Use Recurring

If you’re really not sure whether you should use "recurring" or "reoccurring," it’s always better to go with "recurring." Not only is this particular word more commonly used, but it also has a much broader meaning than "reoccurring" does.

You've likely heard of metaphors, but how do they differ from similes? Check out our detailed metaphor vs simile guide to learn just how different these two literary devices really are.

What exactly is an oxymoron? See real examples of oxymorons from literature and learn how to use them in your own writing.

Prepping for the SAT? Then you'll definitely want to look at our comprehensive list of the 262 SAT vocab words you must know.