Should You Send the 4 Free ACT Score Reports? 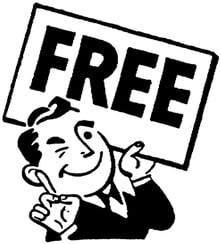 There’s no such thing as a free lunch. Or is there?

When you register for the ACT, you have the option to send your score reports to four colleges for free. So doesn’t it make sense to send them? Especially since the rest of the college admissions process can be so costly, shouldn’t you save money where you can?

Maybe, but it could actually hurt your applications if you're not careful. We will examine this issue in-depth and help you make a smart decision in regard to whether to use the four free ACT score reports or not.

When you sign up for the ACT, you have the option of choosing four colleges to send your score reports to. The service is free, so many students take advantage of it. Otherwise, the reports cost $13 per test date per school. (That means if you want to send scores from two different dates to multiple schools, it'll cost $24 per school.) Since most colleges require at least one test score, it can certainly save you money if you send some of the reports for free.

Furthermore, some students think that sending the free score reports demonstrates interest in a college, as they're sending their scores in as early as possible. It might also motivate students to study harder since they know their scores are being sent straight to their top-choice schools.

Reasons Why Sending the Free ACT Reports Could Be Harmful

Even though you can save money on ACT score reports, there are some reasons why sending them without carefully considering the colleges you send them to can be a risky move.

It's also important to note that you’re not getting any kind of a leg up in the college application process by sending scores early—colleges don’t keep track of or favor students who begin their applications earlier.

And here's what Stanford says:

In other words, what matters in the end is how strong your completed application is—including how high your ACT scores are, which is where the risk comes in.

The free score reports are sent automatically after your test is scored, so you can’t take the reports back if you look at your scores and find that they’re lower than you wanted. This means a college you might really want to go to now has your less-than-stellar ACT score and you can’t get it back. You're essentially losing the option to send only your best ACT scores. 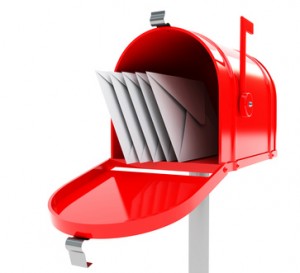 Unless you want to intercept the score reports after they've been mailed.

In addition, sending your free ACT score reports might not end up actually being that helpful.

First, you might not end up applying to all four schools you list, especially if you’re taking the test as a sophomore or in the fall of your junior year. High schoolers tend to change their college lists quite a bit before they actually apply, so the list of your top four schools your junior fall will likely change by your senior year.

Also, if you retake the ACT, unless you choose the exact same four schools, you’ll have to resend any new reports if you get a higher score the second time around.

True, you’re saving money—and not wasting money even if you send your scores to a school you don’t ultimately apply to—but this just goes to show that the four free ACT score reports are not necessarily a helpful resource if you don't use them carefully. In short, the risk of sending a low ACT score might be higher than the reward (i.e., the money you save on sending fees).

Although sending ACT scores is expensive, we'll discuss ways below to mitigate the costs and make the application process more affordable—all while keeping the end goal of getting into your dream school in mind.

While you don’t need to entirely forego sending your free score reports (though that is an option), you should pick the schools you send your reports to very carefully. We'll discuss the two best options you have for these score reports below.

It’s not a bad option to just hold off on sending your four free score reports completely. This is the only way to ensure that a college won't end up with a low ACT score.

Furthermore, it can be hard to predict as a sophomore or junior which schools you will apply to. In fact, the only schools you might know for sure you'll be applying to are your dream schools—that is, precisely the ones you don’t want to be sending scores to blind.

While you might end up paying more for score reports down the road, this can be a much smarter choice in the long run, as you'll only be sending the scores you want to send to the colleges you're actually applying to.

The downside to Option 1 is that ACT, Inc. doesn’t offer any fee waivers for sending scores, so if sending scores is a financial hardship for you, Option 2 might be the better choice.

If you really want to take advantage of those four free score reports, send them to your safety schools—i.e., the ones you're fairly sure you'll apply to and won’t have trouble getting into. This way, even if your ACT score is lower than expected, you won't hurt your chances of admission.

Plus, by sending the scores to schools you're sure you'll apply to, you’ll save money when it comes time to apply. For example, if there's a local public university that you’re positive you will apply to, that should be on your list of schools to send scores to.

If possible, avoid sending your four free ACT score reports to top-tier schools. For these, you'll want to see your scores first and then decide whether you're retaking the test. This gives you some time to compare your scores from each time you've taken the ACT, letting you ultimately submit your very best scores to your most competitive schools. 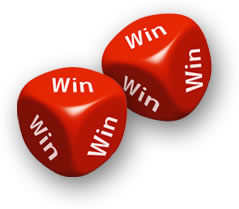 How to Save Money on ACT Score Reports

Unfortunately, unlike the College Board (which administers the SAT), ACT, Inc. doesn't offer any fee waivers for ACT score reports. While you can get a fee waiver for the test itself, there is no way to send score reports for free beyond the four you get with registration. Since ACT, Inc. treats each test date as a separate report, it can cost a lot of money to send all of your test scores to multiple colleges.

Not all schools require you to send all your ACT scores, though. If they don't, you can save money by just sending the scores from your best test date.

Some colleges that require all ACT scores, such as Stanford and Yale, have policies in place that let you send one set of scores and self-report the rest if sending score reports is a financial burden for you (though for both Stanford and Yale, you'll have to officially send the rest of your ACT scores if you’re admitted).

Other all-scores schools, however, aren't as clear about whether they have similar policies. If you have multiple ACT scores and one set is decidedly better than the others (i.e., it has a higher composite score and higher section scores), consider deleting the lowest score so that you only have one (presumably great) set of scores to send. This won't just make you look better to all-scores schools but will also save you money on score reports since you won't have as many to send.

Make sure to finalize your college application list by the fall of your senior year, and give yourself plenty of time to send your scores so you don’t have to pay the $16.50 rush delivery fee. (Not to mention that the earlier you start the college application process, the less stressed you'll be!)

Also, don't apply to 20 colleges, or some other crazy high number. All of those application and test-sending fees will add up, and you won't increase your chances of getting in, especially if you're applying to a slew of ultra-competitive schools. Instead, try to keep your list to 10 or fewer—and make sure to have a mix of safety schools, likely schools, and reach schools.

Finally, carefully research Score Choice and all-scores schools. For colleges you’re considering applying to, check whether they require you to send all ACT scores from all test dates, or just the scores you want to send.

What kind of ACT score should you be aiming for? Use our guide to create a target score based on your top-choice schools.

Want help studying for the ACT? We have the best study guide anywhere. Period.