Every Great Gatsby Character You Have to Know: Complete List 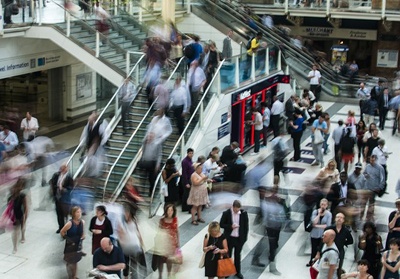 This article provides a broad overview of all of The Great Gatsby characters, their relationships and connections, and any major issues and questions surrounding them.

Throughout the guide, you will find links to each character’s page, as well as links to our character analysis, compare/contrast, and quotes pages. Use this page as your jumping-off point for discovering The Great Gatsby’s major and minor players!

Click on each character's name for a detail-rich article featuring descriptions, quotes, and character analysis - including some answers to the discussion questions listed for each character!

The titular “Great Gatsby,” a selfmade man who is desparate to be seen as part of the social elite and whose ill-gotten wealth is always on display through his lavish lifestyle. He is convinced that he can "repeat the past" and win back the love of his life, Daisy Fay Buchanan.

The first-person narrator, an observant Yale graduate who moves from the Midwest to NYC to be a bond salesman and quickly falls in with Tom, Daisy, Jordan, and Jay. He ends the novel completely disenchanted with the old money elite, who turn out to be horrible people.

A passive and increasingly unhappy woman married to Tom Buchanan. She was once in love with Gatsby, and reconnects with him as a way to escape her sense of purposelessness and hopelessnes.

A wealthy old classmate of Nick’s, who is married to Daisy and is cheating on her with Myrtle Wilson. He uses his physical and social power to bully those around him, but is the only one who sees through Gatsby's fake "Oxford man" persona.

A professional golf player and friend of Daisy’s who dates Nick during the novel. Jordan is calm, cynical, and self-centered - qualities which at first attrack Nick to her, and then repel him when he realizes the extent of her cold selfishness.

A woman who is dissatisfied with her working class life as a car mechanic’s wife. She is having an affair with Tom partly because it allows her to experience some degree of freedom from her marriage and to indulge her materialist desires.

A depressed and weak-willed man who runs a car garage. He loves his wife, Myrtle, and has no idea that she is having an affair. Myrtle's death completely unhinges him.

Below, I've listed all of the second-string Great Gatsby characters: people who appear in the novel, but aren't integral to the plot. They're grouped according to which of the main characters they're mostly closely associated with.

Dan Cody - a millionaire who befriended James Gatz, hired him to work on his yacht, and taught him how to be Jay Gatsby. Cody tried to leave Gatsby his fortune, but Cody's wife managed to claim the inheritance.

Ewing Klipspringer - one of Gatsby's party guests who ends up living in Gatsby's mansion full-time. He is forced to play piano to entertain Daisy when she and Gatsby reconnect. After Gatsby's death, Klipspringer refuses to come to the funeral, calling Gatsby's house only to collect his tennis shoes.

Owl Eyes - another of Gatsby's party guests who wears glasses that look like owl eyes. He is floored by the expansive and expensively furnished library in Gatsby's mansion, and by the fact that none of the books has been read. Owl Eyes is the only party guest who attends Gatsby's funeral.

Meyer Wolfshiem - a gangster who fixed the 1919 World Series, gave Gatsby a job at the end of WWI, and became Gatsby's business partner and the source of his immense wealth. Wolfshiem's loyalty ends with Gatsby's death, and also refuses to come to the funeral.

Henry C. Gatz - Gatsby's father, a shabby and poor man who is in awe of his son's accomplishments. He comes to Gatsby's funeral after reading about his death in the newspaper, and shows Nick a self-improvement schedule that Gatsby had written as a boy.

Friends of George and Myrtle

Catherine - Myrtle's sister and one of the guests of the party Tom and Myrtle host in a Manhattan apartment. She roots for Tom to leave Daisy so he and Myrtle can be together forever; later, she gives evidence that Myrtle has never had an affair, so that the police report about the car accident that killed Myrtle leaves the Buchanans out altogether.

Michaelis - the owner of a coffee shop near George Wilson's gas station who overhears Myrtle and George fighting just before her death, and who has a conversation with an increasingly unhinged George about the fact that the billboard of the eyes of Doctor T.J. Eckleburg isn't God.

Mr. and Mrs. McKee - two of Tom and Myrtle's apartment party guests who kowtow to her. Theories of Nick's homosexuality hinge on the strange, incomplete piece of the after-party narration where it sounds like Nick and Mr. McKee went home together.

Friends and Family of Daisy and Tom

Pammy Buchanan - the toddler daughter of Daisy and Tom Buchanan, who is mostly raised by a nanny, according to upper-class custom. Because she serves as visual proof that Daisy has had a life outside of Gatsby, Gatsby finds her presence extremely unnerving.

Sloane and his woman friend - two of Tom's rich horseback-riding friends who stop by Gatsby's house, presume on his hospitality and are rude in return.

Want to write a great essay on one of these characters? We've got tips and writing advice for how to knock your character analysis essay out of the park!

Need help comparing and contrasting these characters? Check out our articles on how to write a compare and contrast analysis of the most common character pairings, and on dissecting the romantic pairings in the novel.

Interested in seeing how these characters intesect with the novel's themes and symbols? Check out our in-depth guides!