The 11 Types of Bees You Should Know 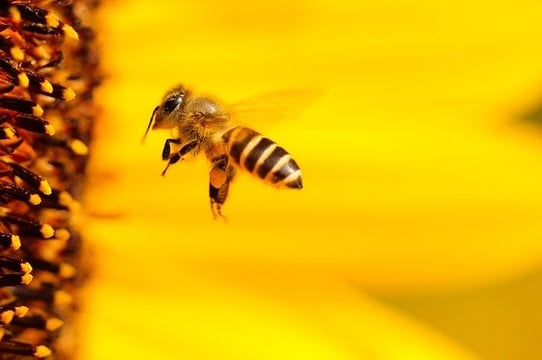 There are thousands of types of bees around the world which can make learning about them or trying to identify a particular bee tough. We’re here to help! Read this guide to learn about the 11 most important types of bees to know, including bumblebees, honey bees, and carpenter bees. We also discuss how bees differ from other insects (including how you can tell types of bees and wasps apart) and the three tips you should follow to make identifying bees easier.

Bee Definition: What Makes a Bee a Bee?

There are over 16,000 species of bees, but what separates bees from other types of animals? Bees are insects, and all insects share the following characteristics:

Bees all fall within the superfamily Apoidea, which also includes wasps. Not all bees make honey, have stingers, or are black and yellow. So what do bees have in common? All bees, in addition to having the general insect characteristics listed above, have:

How are bees different than wasps (such as yellow jackets and hornets)? Many people confuse honey bees with yellow jackets, as they both have thin bodies with black and yellow stripes, but there are some key differences between these two types of insects. You likely have already heard about one difference: bees can only sting a victim once (they die soon afterwards), while a single wasp can sting multiple times. When a bee stings a victim, its barbed stinger remains in the victim as the bee flies away, which pulls out the bee’s digestive tract, resulting in the bee’s death. So stinging is only a defense of last resort! Wasp stingers aren’t barbed and stay attached to the wasp, so they can sting multiple times.

Additionally, bees often have a coating of fuzzy hair, which they use to collect pollen. You can often see pollen collected on their backs or legs. Wasps never have this long hair and look shinier than bees. Wasps also have narrower abdomens and more tapered bodies so they can move around faster. Also, because bees typically feed on pollen while wasps feed on nectar, if there’s a yellow and black insect buzzing around your soda or food, it’s almost always a wasp, as sugary liquids are their major food source. Wasps also tend to be more aggressive than most bees. Bees often take the blame for when wasps annoy or sting people, but most bee species are actually focused much more on nearby flowers than any people in the area. 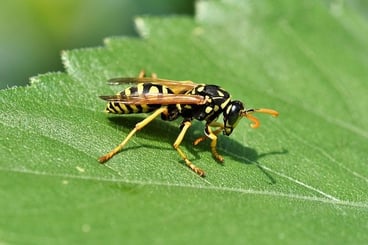 A yellow jacket on the left and a honey bee on the right.

The 11 Different Kinds of Bees You Should Know

Of the thousands of bee species, there are several that are most common and have the biggest impact on humans. Below are 11 key bee types. For each, we include the genus (or the family if the bee type contains multiple genera), whether it’s a social or solitary type of bee, if it stings, what it looks like, and its habits. 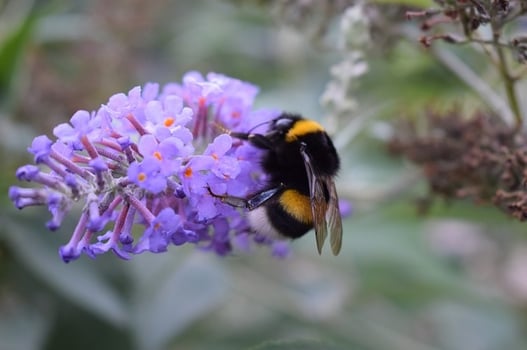 A bumblebee pollinating a flower 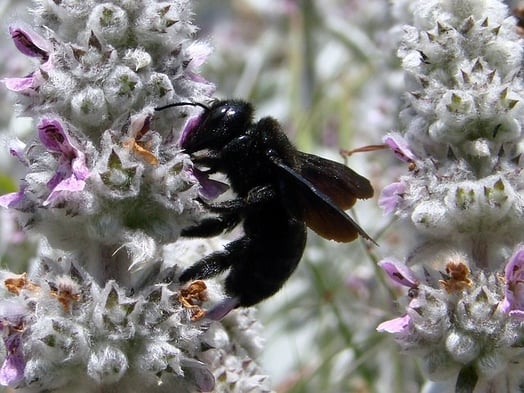 A swarm of honey bees 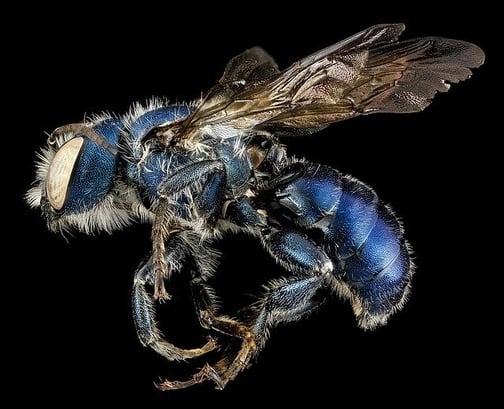 A sweat bee covered in pollen

Is that insect buzzing around you safe or dangerous? What type of bee is it? Use these three tips to identify different types of bees faster and more easily.

#1: Know Which Bees Live in Your Area

The easiest way to quickly narrow down the list of possibilities when trying to identify a bee is to know which bee species live in that area. For example, yellow-faced bees live almost exclusively in Hawaii, so if you’re not on one of the islands, it’s unlikely that whatever you’re observing is a yellow-faced bee. You can get information on bee ranges on sites such as the DNR website for your state, as well as some pest management websites.

#2: Focus on Habits, Not Just Appearance

It can be difficult to identify a bee on appearance alone, especially if you can’t get it to stay still long enough or come close enough to get a good look at it. Instead, focus on how the bee is acting. The habits of bees can reveal a lot of information, such as how they feed, how they nest, and if and how they interact with other bees. For example, if a bee is chomping up leaves, it could be a leaf-cutter bee, while large groups of bees are likely one of the social, rather than the solitary, bee types.

Disclaimer: Don’t go looking for a nest if you think you’re near Africanized honey bees. In fact, if you think you’re near this bee species, really the best thing to do is leave the area quickly. But for other types of bees, the nest can be a key way to identify them. Some bees, such as carpenter bees, nest in wood, while others, such as plasterer bees and long-horned bees, nest in the ground. The nest can also be used to tell bees from wasps, as wasps make distinctive nests from chewed wood that gives them a papery look. 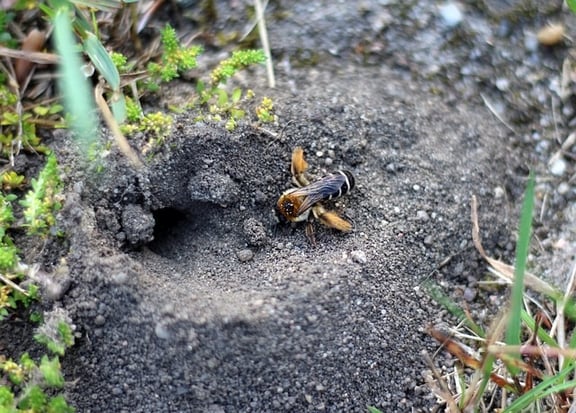 A bee nest in the ground

There are thousands of types of bees around the world, all of which share certain characteristics that separate them from other insect species, such as wasps. No need to try to learn about every type of bee species though! Our guide covered the 12 most important bee types, including types of honey bees, bumblebees, and carpenter bees. Nearly all different kinds of bees are harmless unless they’re harassed or their nest is attacked, and many are beneficial to have around. If you’re trying to identify different kinds of bees, remember to first learn which bees inhabit the area, use habits rather than just appearance, and look for the nest.

Currently taking Biology and need help with other bio topics? Learn about photosynthesis, enzymes, cell theory, and what and how the cell membrane and endoplasmic reticulum work.

Also interested in sharks? Check out our guide on all the shark types you should know.