What Does "Veni Vidi Vici" Mean? Why Do People Say It? 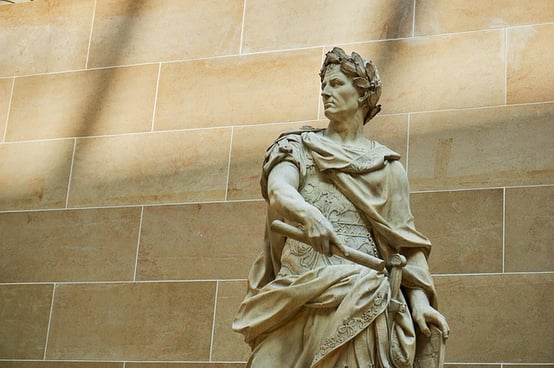 Veni, vidi, vici. You’ve probably heard the phrase—or its English counterpart, “I came, I saw, I conquered”—before. But where did such a phrase come from? Why are people still saying it today?

In this article, we’ll cover what the expression means, its historical context, and why it’s still commonly said today.

What Does Veni, Vidi, Vici Mean?

Veni, vidi, vici is a Latin phrase that literally translates to “I came, I saw, I conquered." Latin doesn’t require individual pronouns, as each word is conjugated from the “to be” form (“Venire, videre, vincere”) to the first-person singular perfect indicative active form.

To break that down a little, “first-person singular” refers to the fact that the subject is “I,” while “perfect indicative active” means that the action the subject performed occurred earlier than the current time. Therefore, “veni, vidi, vici” translates to “I came, I saw, I conquered,” despite only being three words long. Because English doesn’t fold its subjects into its verbs, the phrase is a little longer in English.

What Is the History of Veni, Vidi, Vici?

As previously mentioned, Julius Caesar was the person who made “Veni, vidi, vici,” such a famous phrase. The ruler of Rome was known for writing down his wartime experiences, and, according to multiple Ancient Roman writers, he’s the source of the quote.

To find out why, we need to go all the way back to around 50 BCE. From 60 to 53 BCE, Julius Caesar, Crassus, and Pompey ruled Rome as the First Triumvirate. All three were prominent Roman politicians who aimed to circumvent Rome's governmental system of checks and balances, which were in place to prevent any one man from gaining too much power. Though each was primarily acting in his own interests, the three were able to achieve many of their personal goals through mutual aid, trading favors between them until they effectively ruled Rome.

However, the First Triumvirate could not last. Caesar had married off his daughter, Julia, to Pompey, but her death in 53 BCE meant there was little to stop the two ambitious leaders from feuding. When Crassus died in 53 BCE, the alliance dissolved and Pompey and Caesar began outwardly fighting in the senate, grappling for power on their own terms.

Pompey, along with all but two members of the senate, demanded that Caesar disband his army and end his term as governor. Caesar refused and led his army toward Rome, provoking a civil war.

Fearing capture, Pompey and his Consul fled Rome. Caesar pursued him, defeating his forces in Spain and Greece. Caesar was ultimately appointed Dictator, but resigned after just 11 days.

In 48 BCE, Caesar was once again appointed dictator but left Rome shortly after to chase Pompey to Egypt. By the time he arrived there, Pompey was already dead—Ptolemy XIII, then ruler of Egypt, hoped to court Caesar’s approval and armies  in his war against his sister, Cleopatra VII.

However, the plan backfired. Horrified, Caesar sided with Cleopatra and the two became lovers. Together, they aimed to take back Egypt together and in 47 BCE, Caesar and Cleopatra defeated Ptolemy’s forces.

Having finished his work in Egypt, Caesar set out to return to Rome, stopping to conquer Zela on the way. Seizing on the chaos after Caesar’s victories against Pompey, Pharnaces, who ruled the Cimmerian Bosporus, had aimed to reclaim his father’s former lands in Asia Minor, now known as Turkey. He recaptured some parts of Bithynia and Pontus, which attracted Caesar’s attention. Though his army had been depleted, Caesar led his troops toward Pontus to recover the land.

Pharnaces agreed to submit to Caesar’s demands, which were that he would leave Pontus and return his loot. However, contrary to Pharnaces’ expectations, Caesar did not immediately leave Pontus—he felt that Pharnaces was moving too slowly, and decided to use force.

Though accounts of the battle vary, Caesar’s smaller army overcame Pharnaces’. According to Greek historian Appian, Caesar wrote “Veni, vidi, vici,” in his report of the battle, referring to his quick defeat of Pharnaces. Plutarch’s account agrees that Caesar wrote the words in a letter to the senate. Suetonius doesn't mention a letter to the senate, but does claim that Caesar’s procession included the words during the triumph of Pontus. 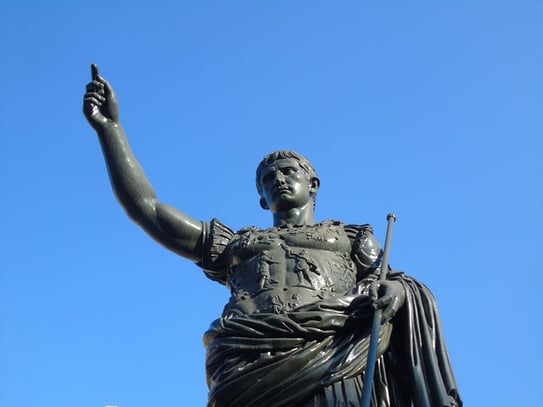 Why Is Veni, Vidi, Vici Such a Popular Saying?

The simplest explanation for why veni, vidi, vici is a popular saying is that it comes from Julius Caesar, one of history’s most famous figures, and has a simple, strong meaning: I’m powerful and fast.

But it’s not just the meaning that makes the phrase so powerful. Caesar was a gifted writer, and the phrase makes use of Latin grammar to be particularly catchy. Every word starts with the same sound, features the same cadence, and ends with the same rhyme, making it easy to remember—and because the phrase itself is brief, it mimics Caesar’s victory.

Because it’s short and catchy, it’s been adopted and parodied throughout history. Some of the most famous adaptations of veni, vidi, vici and its English translation are:

Want to learn more about how history shapes the modern world? These are the high school history classes you should be taking.

Need a little help remembering who Caesar, Pompey, and Crassus were? This AP World History review is sure to help.

Is AP World History hard? Our guide will walk you through the class' passing rate, student opinions, and more to help you decide if it's the right class for you.