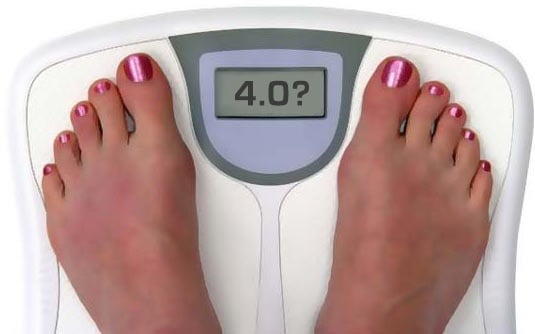 Most students think a lot about their GPA in high school. There's no doubt that GPA is one of the most important pieces of information colleges will consider in your application. However, GPA can vary drastically in the way it's calculated at different schools. Some high schools use unweighted GPAs and some use weighted GPAs. I'll give you an overview of the differences between the two and what each type of GPA might mean in the context of your personal experiences.

So what are weighted and unweighted GPAs? Here are the main differences between the two.

Traditionally, GPA is calculated on an unweighted scale. Unweighted GPA is measured on a scale of 0 to 4.0. It doesn't take the difficulty of a student's coursework into account. An unweighted GPA represents an A as a 4.0 whether it was earned in an honors class, AP class, or lower-level class.

Weighted GPA is often used by high schools to better represent students' academic accomplishments. Weighted GPA takes into account course difficulty rather than providing the same letter grade to GPA conversion for every student. Usually, weighted GPA is measured on a scale of 0 to 5.0, although some scales go higher. An A in an AP class may translate into a 5.0 weighted GPA, while an A in a regular-level class will give you a 4.0 weighted GPA. Many schools also have mid-level classes (such as honors classes) where the highest weighted GPA you can earn is a 4.5.

As you might expect, unweighted and weighted GPAs are calculated differently. In this section we give an in-depth explanation of how to calculate both GPA types.

Unweighted GPA is much simpler to calculate than weighted GPA. This is because you don't have to consider the levels of your classes in the calculations. Let's say you're taking five classes, and you have As in two of them and Bs in three of them. The two As will each translate to 4.0s, and the three Bs will each translate to 3.0s. If you add 4.0 + 4.0 + 3.0 + 3.0 + 3.0 and then divide by five, you'll get an unweighted GPA of 3.4.

If your grades aren't quite as simple as that, here's a quick letter grade and percentage to GPA conversion chart to make things easier.

Most schools more or less follow this scale for unweighted GPAs. Yours may be slightly different, but it shouldn't vary too much.

The calculations for weighted GPA can get a little more tricky because you may be taking a variety of courses at different academic levels. Going with the example that we used for unweighted GPA, let's say once again that you're taking five classes and getting As in two of them and Bs in three of them. But this time let's also say that one A is in a regular-level class, one A is in an honors class, two Bs are in AP classes, and one B is in an honors class.

How is your weighted GPA calculated? Well, each grade has to be considered in conjunction with class level. This means using the unweighted GPA conversion scale for grades in regular-level classes, adding 0.5 to the scale for mid-level/honors classes, and adding 1.0 for high level/AP classes. This means:

If you add 4.0 + 4.5 + 4.0 + 4.0 + 3.5 and divide by 5, you get a 4.0 weighted GPA. Remember, not all schools will use this exact weighted GPA scale, but as you can see, there can be a big difference between the numbers you get for unweighted GPA and weighted GPA based on the types of classes you're taking.

Even if two students have identical grades, one might have a weighted GPA that's a full point higher than the other. Let's say you have a 3.2 unweighted GPA and are taking five classes. If even two out of the five classes are honors or AP and the rest are regular-level, your GPA would get bumped up to a 3.6 on a weighted scale. A slight difference in the levels of your classes can make a big difference in your weighted GPA. 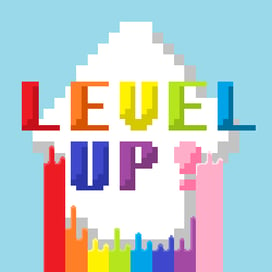 Go for it! All you have to do is believe! (and study more, but mostly believe!)

What Does All of This Mean for You?

Whether your school uses weighted or unweighted GPA can impact your class rank and experiences in the college admissions process.

If Your School Uses Unweighted GPAs…

Admissions committees look at your coursework in conjunction with your GPA to reach conclusions about your academic potential. They understand that some schools do not take the difficulty of students' classes into consideration when calculating GPA. If you challenge yourself in your classes but don't have a perfect GPA, you will look better in the college admissions process than someone in regular-level classes who has a 4.0.

It may be harder to stand out from your classmates with your GPA because more students will have GPAs that are at the same level when class difficulty is not a factor in the calculation. If class rank is based purely on unweighted GPA, your class rank may not reflect the effort you expended. Students with a lot of AP classes can have lower unweighted GPAs than students who took less difficult classes despite being more academically driven.

Don't worry too much though. College admissions officers are aware of the limits of the unweighted system, and they will look closely at your course record to determine whether your GPA is an accurate reflection of your academic potential.

If Your School Uses Weighted GPAs…

First off, you should know that having a 4.0 weighted GPA doesn't mean you can get into any college. A 4.0 may be the commonly accepted gold standard, but with weighted GPAs everything shifts upward. A truly elite GPA under the weighted system will actually be close to a 5.0, so you will need to make sure you adapt your concept of what constitutes a high GPA to fit this model.

With a weighted GPA, your class rank is more likely to reflect your academic drive and ability because your GPA is a reflection of both your grades and the levels of the classes in which you earned them. You'll have a higher rank than someone who earns the same grades as you in lower level classes.

Weighted GPAs mean that you need to be careful because they can be deceptive. A lot of the advice that's out there is targeted towards unweighted GPAs, so you'll need to adjust your thinking to account for the size of the GPA scale at your school.

The bottom line is that colleges will look deeper than the raw numbers when evaluating your high school academic record regardless of whether your GPA is weighted or unweighted. Admissions officers will be able to tell which classes you took and how much you pushed yourself, so your GPA by itself becomes only one part of a much larger picture. 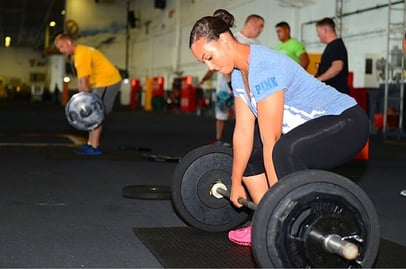 You will also be required to lift the weight of your GPA times 40 in order to walk at graduation, so start training. Why do you think valedictorians are always so ripped?

Do Colleges Look at Weighted or Unweighted GPAs?

However, colleges care more about your entire record of coursework than just your GPA out of context. They'll look to see which classes you took, how difficult those classes typically are, and what your class rank is. All of these factors are going to give them a better understanding of your GPA. So, when you're wondering which GPA is more important, the real answer is that colleges will look at all the information they're given to get the best idea of your academic skills. They won't just glance at your GPA and decide whether it's a good number or not without looking at other factors.

If your transcript shows increasing difficulty in your coursework, this will look impressive to colleges, even if your GPA isn't perfect. If you have a 4.0 GPA but took all the least challenging classes in high school, colleges will be less impressed since you didn't push yourself academically. This means you should continue working on taking difficult classes and getting high grades in them in order to be as impressive as possible.

For the most part, whether your high school uses unweighted or weighted GPA shouldn't affect you in the college application process. Colleges will look at your GPA, but they will also consider the bigger picture. Their greatest concern is that you've managed to challenge yourself intellectually with your coursework. GPA is important, but proof of your determination and perseverance in the face of academic struggles is often more impressive than a 4.0.

Want more information about how to interpret your GPA in the college search process? Find out what it means to have a good or bad GPA for college.

Is your GPA above average? Do you need to work on bringing it up? Learn more about the average high school GPA.

Your college GPA may end up being very different from your high school GPA. Read this article about average GPAs in college to see what might be in store.