Why Was the ACT Called the American College Test?

Wondering what the letters ACT actually stand for? The answer reveals a lot about the history of the test as well as its goals. Read on to learn about the name of the ACT and why that matters.

How Did the ACT Come to Be?

The SAT has been around in some form or another since 1901, and was made by the College Board (itself founded in 1899). Beginning in 1925, when it was named the “Scholastic Aptitude Test,” the SAT aimed to measure scholastic skill through logical reasoning, as opposed to explicitly testing subjects learned in school.

As the only college admissions test for the first half of the twentieth century, the SAT had a monopoly on the market. For students who struggled with the SAT, they had no other options.

An education professor named Everett Lindquist at the University of Iowa disliked this. He also particularly disliked the SAT’s emphasis on logical “aptitude” as opposed to acquired knowledge. He wanted a test to more accurately judge how students of different backgrounds would do in college. This was because college enrollment patterns in the U.S. were changing, and more and more students wanted to enroll. While the SAT was particularly popular in the Northeast, and especially among elite schools, educators in the Midwest and beyond wanted a test that would judge what students had learned, as opposed to innate “aptitude.” 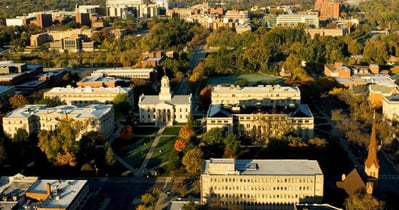 The University of Iowa, where the ACT was created.

In 1959, the professor created the “American College Test,” or A.C.T., that judged students on what they had learned in school, not logical reasoning skills. The test quickly grew in popularity, with over a million students per year taking the test by the 1970s. It became a well-known alternative to the ACT, and today, all colleges accept both the ACT and SAT for admission.

What Is the ACT Known as Today?

1. It helps the ACT remain level with the SAT, so the two tests can no longer be easily categorized and compared. The SAT also dropped its original meaning (“Scholastic Aptitude Test”) and is only known by its initials. As both of the tests are widely used nationally and as of 2007 all colleges accept both, the ACT probably wanted to look like an equal alternative to the SAT, as opposed to a more niche option.

2. Dropping the name broadens the test's scope. The ACT is now a part of regular testing in many states. If it were called a “college” test it would be a harder sell as a test for school district progress. Furthermore, the ACT now has other products and services. It has expanded into elementary and middle school testing, through Aspire. It also creates test preparation products. In short, it’s no longer a company that just makes a college admission test, so dropping "college" from the name is helpful.

3. The ACT can now compete internationally. By getting rid of “American” in its name, it’s easier to sell the ACT abroad as an alternative to the SAT. As ACT participation grows worldwide, it doesn't make sense to keep calling it an American test.

Does This Change How You Should Study for the ACT?

The ACT was created in response to the SAT, and thus will always want to make itself seem like the more student-friendly option.

Although the ACT has changed so it now tests broader skills like scientific reasoning (and the SAT in turn has worked to become more “relevant” and to stop testing obscure words, among other changes), it still is generally seen as the more straightforward counterpart to the SAT. 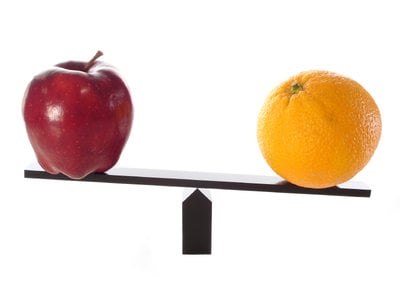 Comparing the ACT and SAT can often feel like comparing apples and oranges.

If you’re deciding between the two tests, take the ACT’s history and goals into consideration. Most students tend to do better on one test or the other.

So how can you decide for sure whether you should take the ACT or the SAT? Use our fool-proof method to discover the test you’ll be best at.

Learn more about the ACT – how it’s scored, how long it is, and get a guide to each section (English, Math, Reading, Science).

So how long should you study for the ACT? Learn how to maximize your score here.