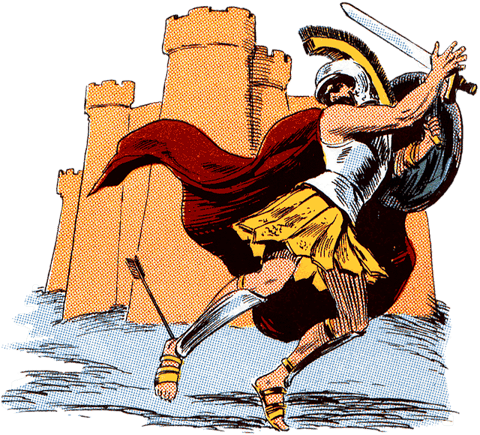 Literary devices are often used to enhance one's writing and make it more appealing or interesting to the reader. One popular literary device is the allusion. What does an allusion in poetry look like? And what are some allusion examples in literature?

In this article, we'll be giving you 11 allusion examples, from those in poetry and literature to ones often used in everyday conversation. We'll also go over two tips for identifying allusions in a text. But first, what is allusion exactly?

An allusion is when an author or poet makes an indirect reference to some idea, figure, other text, place, or event that originates from outside the text. It could also refer to something that happens earlier in the text; this is often called an "internal allusion" (as opposed to a regular, or "external," allusion).

The verb form of the noun "allusion" is "allude," so you could state that a writer "alludes to" or "makes an allusion to" something. For instance, it's particularly common for writers from the West to make allusions in their works to the Bible and Greek or Roman mythology.

Allusions are subtle and indirect, hinting at something you're expected to know without explicitly telling you what it is.

The literary device is used to enhance the text, often by making it more relatable to the reader or by illustrating either an example or the text's overarching theme. Allusions are commonly used metaphorically but can also be used ironically.

Furthermore, because they can convey a ton of information in just one or a few words (assuming that the reader understands the allusion!), they are particularly popular among poets.

It's important that you do not confuse allusions with other (similar) literary devices. The following table gives an overview of the differences between allusions, allegories, and foreshadowing, all of which are common tools used in literature:

Now that you know what an allusion is, let's take a look at some allusion examples.

Here, we're giving you 11 allusion examples from poetry, literature, and everyday speech so that you can get a better sense of what allusions look like and how they're used. We also provide you with a short analysis of each allusion example.

Here are the three types of allusions we'll be covering: 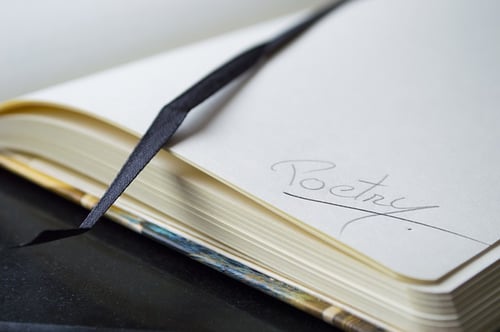 The following allusion examples all come from famous poems and should give you an idea of the different types of allusions—from historical to Biblical to literary—you, too, can make.

"All Overgrown by Cunning Moss" by Emily Dickinson

All overgrown by cunning moss,
All interspersed with weed,
The little cage of "Currer Bell"
In quiet "Haworth" laid.

In this poem, famed American poet Emily Dickinson makes an allusion to Currer Bell, which was the pen name for English author Charlotte Brontë, who is most famous for her novel Jane Eyre. Dickinson also alludes to the English village of Haworth, where Brontë died and was later buried (or "laid," as the poem states).

The quotation marks hint to the reader that these two things (i.e., the name and the place) didn't merely come out of Dickinson's imagination. Still, you'd have to be familiar with Brontë herself to be able to make the connection here.

Then leaf subsides to leaf.
So Eden sank to grief,
So dawn goes down to day.
Nothing gold can stay.

Here, iconic American poet Robert Frost makes an allusion to the Biblical Garden of Eden ("so Eden sank to grief") to strengthen this idea that nothing—not even Paradise—can last forever.

Assuming you're at least a little familiar with the story of Adam and Eve, you should know that the two of them were ultimately expelled from Paradise due to their eating of the forbidden fruit.

April is the cruellest month, breeding
Lilacs out of the dead land, mixing
Memory and desire, stirring
Dull roots with spring rain.

T. S. Eliot's well regarded poem "The Waste Land" is filled to the brim with literary allusions, many of which are fairly obscure.

Immediately in this poem, Eliot thrusts an allusion at us: the mention of April being "the cruellest month" sharply contrasts with the opening of medieval English poet Geoffrey Chaucer's The Canterbury Tales, which describes April as a cheerful, lively month filled with stories, pilgrimages, and "sweet-smelling showers." To Eliot, April is exceptionally cruel because of the pain associated with the regeneration of life.

Being unaware of this literary connection here would make you miss the almost sarcastic play on words Eliot does with his antithetical view of April and spring as a whole. 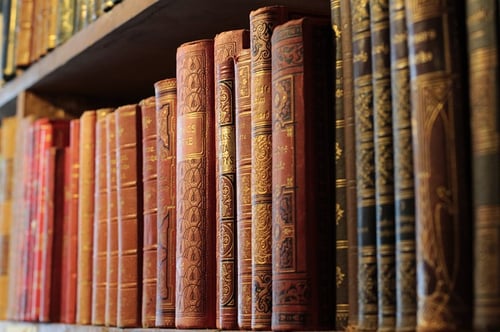 It's popular to use allusion in poetry, but what about in (prose) literature, such as novels? Let's look at some famous allusion examples in literature to show how this device can be used effectively.

Atticus nodded. "We are indeed."

Jem's nose wrinkled. "Are we as poor as the Cunninghams?"

"Not exactly. The Cunninghams are country folks, farmers, and the crash hit them hardest."

This quotation from Harper Lee's renowned novel To Kill a Mockingbird contains an allusion to the "crash," that is, the Stock Market Crash of 1929, which resulted in the Great Depression.

The word "crash" alone could confuse readers who are unaware of the historical event or who do not understand when and where the novel takes place (answer: 1930s America, so right smack in the middle of the Great Depression).

I barely heard him. I came closer and leaned over to hear what he was going to say.

The line "Stay gold, Ponyboy" from S. E. Hinton's classic coming-of-age story is an example of both external and internal allusion.

Earlier on in the novel, Ponyboy and Johnny talk about Robert Frost's famous poem "Nothing Gold Can Stay" (see above). In other words, this scene has a direct reference to a real poem that originated from outside the novel.

The allusion here isn't a specific quotation but rather the title of 2009 bestselling novel 1Q84 by Japanese author Haruki Murakami.

While English speakers might not see the connection right away, the title of this dystopian novel is an allusion to George Orwell's 1984. How? You see, in Japanese, the letter "Q" is pronounced the same way as the number nine, making the title sound as if you're saying "1984" or "one nine eight four" in Japanese.

Indeed, Murakami is well known for his allusions and references to Western pop culture, which is likely one of the reasons he has developed into an international sensation. 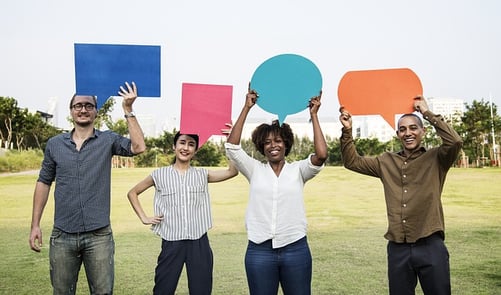 People use allusions every day, often without even realizing it. Here are some allusion examples you might've heard (or even said yourself!) in everyday conversation.

"Chocolate cake is my Achilles heel."

The allusion here is to "Achilles' heel," or the Greek myth about the hero Achilles and how his heel was his one weakness. In this case, the speaker's "weakness" is chocolate cake.

"He's a cool guy, but he becomes a lovesick Romeo every time he's around her."

This quotation alludes to the character of Romeo from William Shakespeare's Romeo and Juliet, wherein Romeo is head-over-heels in love with Juliet, causing him (and her) to act impetuously.

"We got a new Einstein in school today."

This allusion is to the real-life genius physicist Albert Einstein and means that the new student is extremely smart.

"Why are you always such a Scrooge? It doesn't cost much, and it'll be fun!"

This quotation makes an allusion to Ebenezer Scrooge, the central character in Charles Dickens' famous tale A Christmas Carol. Scrooge is known for being a selfish, curmudgeonly penny-pincher; therefore, calling someone a Scrooge is essentially calling them a cheapskate and a grouch.

This allusion is to the fairy tale (and famous Disney movie) "The Little Mermaid" about a mermaid named Ariel. Referring to someone as "no Ariel" implies that they're not as natural in the water as a mermaid would be. 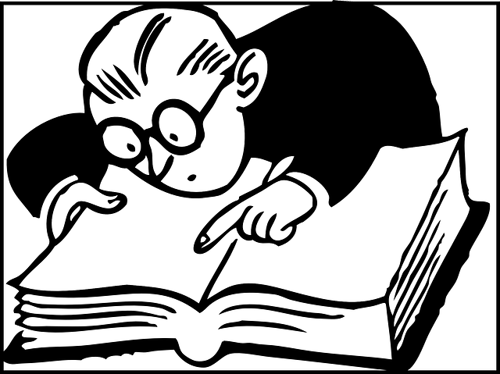 2 Tips for Identifying a Literary Allusion in a Text

You likely noticed that some of the allusion examples we showed you weren't as obvious as others. It can be difficult to figure out whether what you're looking at is a literary allusion or not. Here, we give you two tips for identifying allusions in texts.

#1: Get Familiar With Common Allusions

Many writers use the same (or very similar) allusions in their texts. Therefore, if you can familiarize yourself with the major people, places, events, objects, and ideas that are alluded to in stories and poetry, you'll be better equipped to identify them right away.

As mentioned before, Biblical allusions, as well as allusions to Greek and Roman mythology, are common in Western texts. Here are some allusion examples to know in these categories:

#2: Look For Proper Nouns That Don't Fit With the Rest of the Text

Most allusions are connected to specific people, places, or pieces of art—in other words, all things that generally have proper nouns (i.e., capitalized names).

If you ever come across a proper noun in a book or poem that doesn't immediately ring a bell (and isn't mentioned again later on, meaning it's not a new character), then it's most likely an allusion to something originating from outside the world of the text.

We also offer individual guides on helpful literary devices. Read all about personification, tone words, imagery, and similes vs metaphors.

If you're studying (or writing your own!) poetry, then you'll definitely want to know these major poetic devices and how they work.