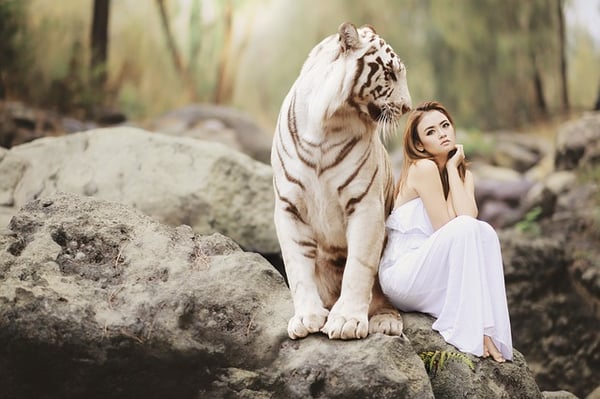 Personification is an important literary device—as a form of metaphor, personification compares two things quickly and efficiently, often in a poetic fashion. But what is it?

In this guide, we’ll discuss what personification is, what it does, and why so many writers use it, as well as a whole bunch of examples to help you get accustomed to identifying personification when you see it. 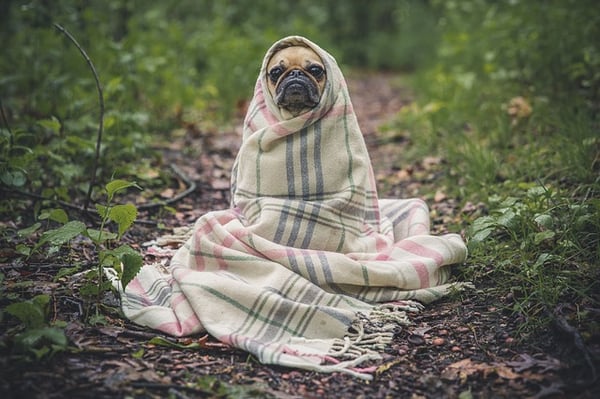 This isn't quite personification, but it is cute.

Personification is pretty simple, but before we can get into what it is, we need to discuss metaphors.

Personification is a form of metaphor, a literary device comparing two things by applying the qualities of one thing to another. One famous example is the Walt Whitman line, “And your very flesh shall be a great poem.” Whitman isn’t suggesting that your flesh is literally a poem—that would be both impossible and uncomfortable—but rather that your entire self is a work of art. Within the context of the Leaves of Grass preface, where this quote comes from, the quote means that, through love and patience and living with meaning and purpose, your entire self will have meaning and purpose, just as a poem does.

Instead, personification will look something like this quote from John Keats’ “To Autumn”:

“Conspiring with him how to load and bless
With fruit the vines that round the thatch-eves run.”

Here, the thing doing the conspiring is autumn, and ‘him’ is the maturing sun. Neither of these things can conspire—autumn is a season, and the sun is a star—but for the purpose of illustrating how perfect the season is, Keats suggests that they can.

In this example, Keats gives both autumn and the sun the human ability to conspire. That doesn’t mean that Keats wants you to picture the sun and autumn literally whispering in one another’s ears; he’s suggesting harmony and a natural order of things. As the sun matures (another thing it isn’t technically doing, at least not in this poem) into the later stages of the year, the fruit on the vines begins to ripen just in time for the harvest. As the sun moves further from the earth and the weather grows colder, the season switches to autumn, as if the two were consciously working together. Hence, the idea of conspiring.

As you can see, personification can add a dramatic and more evocative flair to writing. If Keats’ poem had simply read, “The sun gets further away from the earth as the season changes to autumn, just in time for the fruit to ripen,” it wouldn't feel particularly inspiring or interesting. But when he suggests that the sun and autumn are conspiring, we get a much more vivid, memorable picture of what the seasons are like. 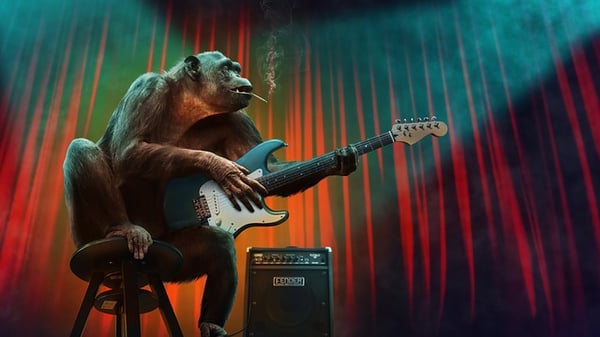 This isn't personification either.

Keats is just one writer using personification—there are lots of different ways to use this literary device to great effect. You don’t even need to be world-renowned Romantic poet to use it!

Since personification is just giving something that isn’t human the characteristics of a human, it’s very simple to do! Check out these examples:

The stars winked in the night sky.

Stars, having no eyes, cannot wink. But when you see this phrase, you know that they’re twinkling.

The bridge stretched over the interstate.

A bridge can’t stretch, but from this phrase, we get the mental image of it being long and gracefully curved.

A mouth can yawn, but a cave mouth cannot. Still, we get the mental image of the cave mouth stretched wide.

The smell of baking muffins welcomed us inside.

A smell can’t welcome, but we can still understand that the narrator of this sentence feels welcomed by the homey smell.

We often encounter figurative language like personification in poetry, where a few words have to carry a lot of meaning. Some of the most famous examples in poetry are:

“Because I could not stop for Death –
He kindly stopped for me –
The Carriage held but just Ourselves –
And Immortality.”

- “Because I could not stop for Death” by Emily Dickinson

In this poem, Death is personified as a person driving a carriage. Within the confines of this poem, Death may in fact be a person; but Dickinson isn’t writing about a literal event that happened to her. She’s using her relationship with Death figuratively, illustrating how Death goes about its business with little regard for humanity’s work and leisure.

“Blackberries
Big as the ball of my thumb, and dumb as eyes
Ebon in the hedges, fat
With blue-red juices. These they squander on my fingers.
I had not asked for such a blood sisterhood; they must love me.
They accommodate themselves to my milkbottle, flattening their sides.”

Poets aren’t the only writers using personification—it’s also valuable for prose writers! Check out these famous examples from literature:

“[The eyes of TJ Eckleburg] look out of no face, but, instead, from a pair of enormous yellow spectacles which pass over a nonexistent nose. Evidently some wild wag of an oculist set them there to fatten his practice in the borough of Queens, and then sank down himself into eternal blindness or forgot them and moved away. But his eyes, dimmed a little by many paintless days under sun and rain, brood on over the solemn dumping ground…."

If these eyes were attached to a human being, they might brood as an extension of the human. But the eyes of TJ Eckleburg are painted on a billboard, not attached to a human face. It’s impossible for them to brood, as they don’t have emotions. However, this quote demonstrates the mood that the eyes cast over the valley; it’s dark and dreary, and the way that Fitzgerald characterizes these painted eyes reflects that.

"There is something subversive about this garden of Serena’s, a sense of buried things bursting upwards, wordlessly, into the light, as if to point, to say: Whatever is silenced will clamour to be heard, though silently. […] Light pours down upon it from the sun, true, but also heat rises, from the flowers themselves, you can feel it: like holding your hand an inch above an arm, a shoulder. It breathes, in the warmth, breathing itself in."

- The Handmaid’s Tale by Margaret Atwood

This paragraph has a couple of instances of personification. Buried things don’t really burst upward—they grow, but to ‘burst’ is to move suddenly, which is something that these plants don’t do. Likewise, Atwood says that the heat breathes. Because heat doesn’t have lungs, it can’t breathe, but it’s clear that Atwood is giving everything in Serena’s garden a sense of life so that even the heat has vitality.

Though everything that happens in the movie Inside Out can be read to be happening literally—it’s a fantasy movie!—it’s also a form of metaphor. We know that in real life our emotions aren’t little humanoid figures running around pulling levers, but giving emotions like joy and sadness human characteristics encourages viewers to appreciate their complexity. Sadness isn’t bad, and joy isn’t always good—when we give them human traits, we see that any emotion can mean multiple things!

"You try to scream but terror takes the sound before you make it
You start to freeze as horror looks you right between the eyes
You're paralyzed
'Cause this is thriller, thriller night
And no one's gonna save you from the beast about to strike."

There are a few examples of personification in this song—in just this verse, terror "takes the sound" and horror "looks you right between the eyes." Logically, we know that emotions can't take or look at anything. But using that kind of language to describe fear gives it an agency that infuses this song with energy. It's not difficult to understand why this works so well; if you've ever been afraid, you know how it can affect the way your body feels, sometimes paralyzing you. That's what Jackson is tapping into in this song: the sense that fear can trap you and make you feel like you're out of control.

Understanding how personification works can help you in AP literature—just like this reading list for AP lit students!

What kind of man so likes being described by his mother as the personification of "the beast" that he adopts it as his own nickname? Learn more about the strange life and times of Aleister Crowley with this article.