Should I Go to One of the Big 10 Schools?

The Big Ten is one of the most prestigious intercollegiate athletic conferences in the country. It has 14 member schools, most of which are located in the Midwest. While they're all unique, Big 10 schools have many commonalities and are known for emphasizing both athletics and academics.

In this article, I'll do the following:

The Big 10 is one of the premier intercollegiate athletic conferences in the country. All of its member institutions are NCAA Division I schools with FBS programs. The Big Ten sponsors 28 official sports, 14 for men and 14 for women. Big Ten schools compete in a total of 42 sports, and they have combined to win more than 450 team and 1800 individual national championships.

Confusingly, even though there were 10 schools in the Big Ten for much of its history, now there are 14 schools that are part of the Big 10. The Big Ten includes the following colleges:

Northwestern is the only private college in the Big 10. The other schools are large public universities. Maryland and Rutgers are the most recent additions to the Big Ten. They're also the only East Coast schools in the Big Ten. Rutgers is in New Brunswick, New Jersey. The rest of the Big Ten schools are in the Midwest. 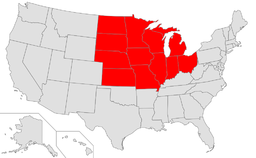 Big Ten schools offer big-time athletics at well-regarded academic institutions. Most of the Big Ten schools are in spirited college towns. The surrounding population proudly supports the school. The students, alumni, and residents of the area are generally big fans of the athletic teams and are eager to show their school pride.

Possible Advantages and Disadvantages of Attending a Big Ten School

Even though most of the Big Ten schools are large public universities in the Midwest, it's difficult to generalize all Big Ten schools. For example, the environments at the University of Nebraska-Lincoln and Rutgers are quite different. Lincoln, Nebraska and New Brunswick, New Jersey are in different regions of the country. The demographics of their student bodies are strikingly different. Rutgers is 38% white while UNL is 73% white. Furthermore, 80% of Rutgers students come from New Jersey while 71% of UNL students come from Nebraska. At UNL, there are nine majors related to agriculture. At Rutgers, there is only one.

The strengths, weaknesses, majors offered, locations, acceptance rates, and student bodies vary for each Big Ten school. However, you can make some generalizations about the pros and cons of attending a Big Ten school.

Here are some of the biggest advantages of attending a Big Ten institution.

Big Ten schools offer very spirited environments. Most students who attend a Big Ten school seem to love their college. You can't walk around campus or go to an off-campus bar or restaurant without seeing the college colors everywhere. During my multiple visits to the University of Illinois, I saw thousands of students wearing orange and blue and many shops selling University of Illinois apparel and souvenirs.

When I was in college competing for the gymnastics team at Stanford, we went to the University of Nebraska for NCAA Championships during my freshman year. I remember being at an off-campus Subway and seeing posters for the women's volleyball and gymnastics teams at Nebraska on the wall. Sadly, I never saw a Stanford men's gymnastics team poster in Palo Alto while I was at Stanford.

A few years ago, I went to a college football game at the University of Wisconsin-Madison for its homecoming game. Wisconsin wasn't playing a particularly good team, but the stadium was completely full, and people came from all over the state and country to attend and support the Badgers. There was more enthusiasm and energy there than at the handful of NFL games I've attended. 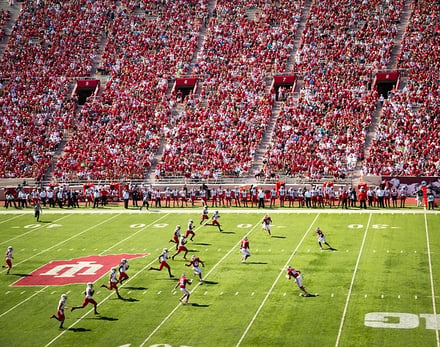 They Offer the Benefits of Large Universities

Outside of Northwestern, Big Ten schools are all large public universities, so they offer all of the advantages of attending a large state school. They offer a wider variety of degrees and programs than smaller colleges. At Penn State, there are more than 160 different possible majors. For comparison, at Amherst College, one of the best liberal arts colleges in the country, there are only 38 different majors.

At the University of Iowa, there are unique, specialized majors like actuarial science, rhetoric and composition, athletic training, and music therapy. At the University of Minnesota, you can major in construction management or apparel and textiles.

Because public colleges are subsidized by state governments, the cost of attendance for in-state residents is lower. The tuition and mandatory fees for a Michigan resident at Michigan State University are $25,590, and they're $51,402 for an out-of-state student.

At Northwestern, the lone private college in the Big Ten, tuition and fees are $83,838 annually. However, Northwestern does meet 100% of demonstrated financial need and provides generous financial aid packages. 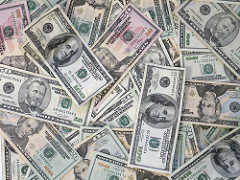 While there are many advantages of attending a Big Ten school, there are some potential disadvantages.

Part of the education process in college is about learning from your peers, and you can gain a different perspective and a better understanding of others if you're surrounded by more people from different states and countries.

Not Located in Urban Areas

Many Big Ten schools are in college towns that are somewhat removed from urban environments and all they have to offer. I remember driving to Penn State and there didn't seem to be any sign of civilization for two hours in any direction. Similarly, when I got off the plane in Champaign, IL for my recruiting trip to the University of Illinois, I saw corn fields and realized I was very far from LA.

All of the Big Ten schools are in areas with relatively harsh winters. While the weather shouldn't be the most important factor for you in choosing a college, some students enjoy attending a college in a temperate climate with year-round sunshine and 70 degree temperatures in the winter. If you're from Florida or California, you'll probably have to get some actual winter clothing before attending a Big Ten school. 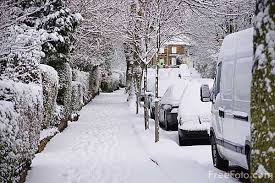 How To Decide if You Should Attend a Big Ten School

If you're trying to decide whether or not to attend a Big Ten school, go through the same process you should go through when deciding which colleges to apply to and which one to attend. Decide the factors that are important to you in a college. Think about the location, selectivity, size, and the majors offered at the school, and determine how much each factor matters to you.

Look at the school's website, and use guidebooks, college finders, search websites, and ranking lists to help you in the college selection process. If possible, consult with teachers, parents, counselors, current students, and alumni. If finances are a big concern for you, wait until you receive your financial aid packages from the schools that accept you to determine what your out-of-pocket expenses will be for each school.

Personally, I think that I would have really enjoyed attending a Big Ten school. When I was at Ohio State, Penn State, the University of Illinois, Nebraska, and the University of Wisconsin (those are the only Big Ten schools I've been able to visit), I was so impressed by and attracted to the spirited on-campus environments and the uniqueness of attending a school in a real college town.

However, some students prefer the environment at a small college, or they don't want to be at a school that places so much emphasis on athletics.

If you would like to attend a private college that offers big-time athletics and quality academics, then Northwestern, USC, Stanford, Duke, and the University of Notre Dame may be good options for you.

It's important to find the school that best fits your personality and has the resources and environment that will best allow you to thrive and reach your academic and professional goals.

To help you figure out what you're looking for in a school, learn how to do college research.

Also, read this article about whether you should go to a rural, urban, or suburban college.