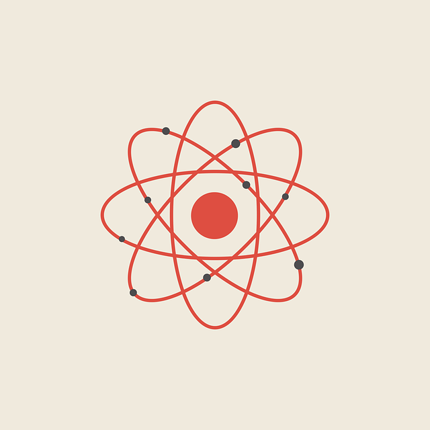 What Is the Bohr Atomic Model?

Today, we know that the Bohr Model has some inaccuracies, but it’s still used because of its simple approach to atomic theory. The Bohr model was also the first atomic model to incorporate quantum theory, meaning that it’s the predecessor of today’s more accurate quantum-mechanical models.

In the Bohr model, the electrons travel in defined circular orbits around the small positively-charged nucleus. The Bohr Model is known as a planetary model because these orbits look similar to that of planets orbiting the sun.

There are three main factors that characterize the Bohr model.

According to Bohr, electron orbits could only hold a certain number of electrons. If an orbit was full, the remaining electrons would create a new orbit. That’s why, when you look at a Bohr diagram, you’ll sometimes see more than one electron orbit circling the nucleus. That happens when there are too many electrons to be housed in a single orbit.

In order to make a Bohr diagram, you need to know the number of protons, neutrons, and electrons the element has. In this section, we’ll show a sample Bohr diagram for hydrogen.

Bohr Diagram: The Next 19 Elements

If you want to make a Bohr Diagram for another element, you’ll need to know the number of protons, neutrons, and electrons it needs. We outline those in this section.

Bohr Atomic Model: What You Need to Know

As we mentioned before, the Bohr model has a few inaccuracies which were fixed in later variations of atomic models.

First, the Bohr model violates the Heisenberg Uncertainty Principle, since it states that electrons have a known radius and orbit.

The Bohr Model also provides an incorrect value for the ground state orbital angular momentum and doesn’t work as well for creating diagrams of larger atoms. The Bohr Model also does not explain the Zeeman Effect or the fine or hyperfine structure in specula lines.

The Sommerfeld model arose as a refinement to the Bohr model and fixes many of the problems with the Bohr model, including that the electrons travel in elliptical orbits rather than in circular orbits.

The Bohr model was an advancement to an earlier atomic model, the Rutherford Model. Key features of the Bohr model include set orbits for electrons around the nucleus, as well as the ability of electrons to move from one orbit to another.

The Bohr model was later superseded by the Sommerfield model.

Studying DNA? You'll need to know what nucleotides are. In our guide to nucleotides, we explain what they are and how they make up DNA.

Interested in cellular biology? Vacuoles are a key organelle in cells. Learn everything you need to know about vacuoles, as well as why they're so different in plant vs animal cells, by reading our guide to vacuoles.