4 Popular Camel Spider Myths and the Truth Behind Them 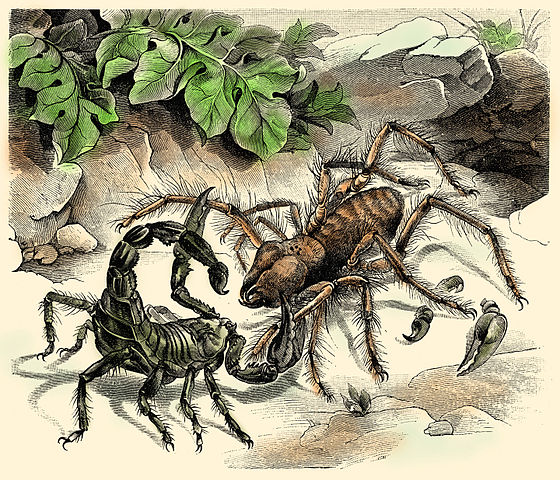 You’ve no doubt seen pictures of camel spiders before, usually accompanied by a story about deadly bites, camel eating, or chasing people across the desert. Thanks to chain letters, camel spiders have a reputation as being fearsome, terrifying predators—but is that warranted?

In this article, we’ll be covering the facts and fictions of camel spiders, including where they’re found and what they eat, as well as some biological information about how camel spiders fit into their environment. Read on to learn more about camel spiders!

Whether you love the Arachnida class or you’d prefer to never see them again, camel spiders, or Solifugae, are pretty intimidating. Part of that comes from their many names—they’re commonly called camel spiders, but also wind scorpions or sun spiders. Anything that can be called either a spider or a scorpion is bound to look a little off-putting, and Solifugae’s long body, many legs, and large fangs certainly don’t help its reputation.

In fact, Solifugae are neither true spiders nor true scorpions. Unlike scorpions, they have no tails, and unlike spiders, they do not belong to the order Araneae and lack spinnerets and silk, though they are arachnids.

They vary in size, with body lengths usually falling between 2 inches and 3 inches, though their legs can be several inches long, making them look even larger. They also have what appears to be a fifth set of legs, called pedipalps, that work something like antennae. Pedipalps aren’t used for walking, but do aid in locomotion as they help detect obstacles and food.

Camel spiders are often associated with Middle Eastern deserts thanks to popular chain letters that began circulating during the Persian Gulf War and the Iraq War. However, that’s not quite accurate—camel spiders have a much wider habitat than most people would care to think about!

Where Do Camel Spiders Live?

Camel Spiders do live in the deserts of the Middle East, but they also live in a whole lot of other deserts, as well. In fact, they can be found everywhere on earth except Australia and Antarctica.

It’s not a surprise that camel spiders can’t be found in Antarctica, but why not Australia? Unfortunately, it’s hard to say—observing solifugids in the wild is quite difficult, and they don’t survive well in captivity. This makes them exceedingly difficult to study.

Camel spiders prefer desert biomes, but can also be found in everything from scrub to forests. Because there are some 1,100 subspecies of Solifugae, there’s quite a lot of variance in where they appear and what they eat. 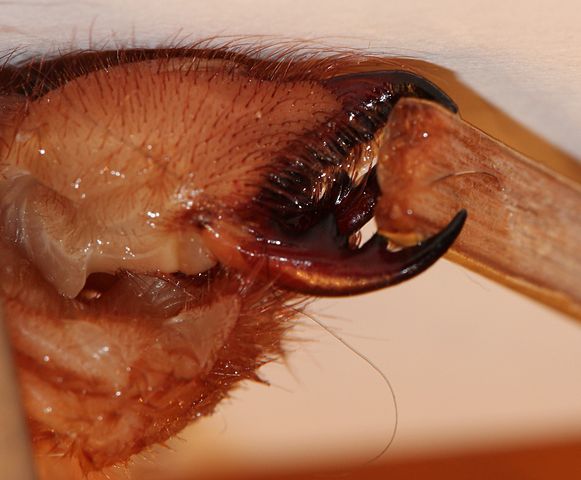 What Do Camel Spiders Eat?

So what do camel spiders eat? Is it camels? Humans? Well, it’s a little bit of everything. Camel spiders are carnivorous or omnivorous, so pretty much anything is on the table.

This is especially true because camel spiders, unlike many similar creatures, don’t just spin a web and wait for prey to come to them. Solifugids are hunters. They run, and they run fast—about 10 miles per hour.

Their speed means they can eat everything from small insects to lizards, birds, and rodents depending on availability. Camel spiders use their chelicerae, a scientific name for the jaws of the arthropod group Chelicerata, to cut into prey. Their chelicerae function similar to a crab’s pincers, allowing camel spiders to do everything from shearing feathers to cutting through bone.

However, it’s important to note that, while fast and strong, camel spiders primarily hunt for food that is only a bit bigger than they are. They don’t have venom of any kind, and though their bites can be painful (their chelicerae are no joke), they are simply not equipped for consuming large, strong prey, including camels and humans.

One of the primary sources for interest in camel spiders comes from a chain letter circulated in the early 90s and again toward the beginning of the Iraq War, which reads:

From someone stationed in Baghdad. He was recently bitten by a camel spider which was hiding in his sleeping bag. I thought you’d like to see what a camel spider looks like. It’ll give you a better idea of what our troops are dealing with. Enclosed is a picture of his friend holding up two spiders. Warning: not for the squeamish!

This picture is a perfect example of why you don’t want to go to the desert. These are 2 of the biggest I’ve ever seen. With a vertical leap that would make a pro basketball player weep with envy (they have to be able to jump up on to a camels stomach after all), they latch on and inject you with a local anesthesia so you can’t feel it feeding on you. They eat flesh, not just suck out your juices like a normal spider. I’m gonna be having nightmares after seeing this photo!

Is any of this true? Should we really be fearing that camel spiders are going to creep up on people while they’re sleeping, numb them, and eat their flesh? Let’s take a look at some of the most prominent things people believe about camel spiders and whether or not they’re accurate.

Camel spiders aren’t small—they range in size from two to three inches in the body, plus several inches of legs—but many famous photos of the creatures often make them look as if they’re more like a foot or so in length. This kind of trickery can be accomplished with careful positioning, making it look as though a camel spider is the same size as a human leg when in fact it is just a few inches long.

Myth 2: Camel Spiders Are So Named Because They Eat Camels

According to urban legend, camel spiders are particularly frightening spiders that jump up, grab a camel’s belly, inject them with a numbing venom, and eat chunks from their bodies. Naturally, this horrific story could also happen to people.

However, almost none of this is true. Camel spiders don’t jump, as they have no need to—their pedipalps seek out prey in front of them, which is more than sufficient in keeping them fed.

Since they don’t jump, they definitely don’t cling to a camel’s body. But could one inject venom into a sleeping camel?

Nope, because camel spiders don’t have any venom. Their jaws do more than enough to keep them fed. Though they are hunters, they primarily hunt things that are around their size or slightly smaller, and their chelicerae are quite capable of killing and cutting prey on their own. Once food has been chopped up, it’s liquified and eaten.

So in a sense, that last part of the myth—that camel spiders eat chunks of flesh—is sort of true, but there’s no jumping, no venom, and no camels involved.

Camel spiders are nocturnal. Desert nights are cooler, and camel spiders do their hunting at night. If you see a camel spider out in the day, it’s probably looking for shade—something a human can offer through its shadow.

That’s why it may look as though a camel spider is chasing a person. It might run after a human, pausing when the human pauses, in search of cool shade.

We’ve already established that camel spiders might follow people to stay in the shade of their shadow, but “chasing” isn’t quite accurate. It should be no surprise that the claim that they scream as they’re chasing people is also false. Camel spiders may stridulate—rubbing together two body parts to produce a sound—but do not actually scream.

Stridulation may produce a buzzing or hissing sound, but not a scream. It’s all an urban legend!

If you find camel spider biology interesting, AP biology may be the class for you! Take a look through the AP biology syllabus to see if it interests you.

Does your spider interest extend beyond camel spiders? Learn about garden spiders and why most people don't need to worry about them here.

Need some help studying for AP biology? These AP biology notes can help you out!

Whether you just like to gross people out a little bit or you need to calm down after looking at all those camel spider facts, this slime recipe might be exactly what you need.