What Does the Dragonfly Symbolize? Unpacking Dragonfly Meaning 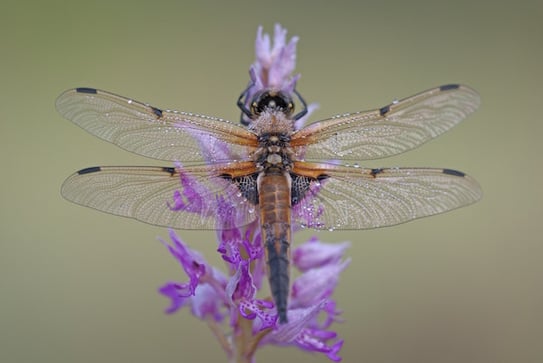 Dragonflies are brightly colored insects known for their vibrant colors and flying abilities. They've often been the subject of myths and legends, and have been a part of our stories and art for as long as humans have been around. Even though they are an insect, dragonflies are often revered in some legends, and feared in others; regardless, they are a well-known symbol in many cultures.

Why Is the Dragonfly a Common Symbol?

Dragonflies have been around a long time (300 million years!) which means humans have had plenty of time to incorporate them into their myths and legends and adopt them as symbols. Dragonflies are also noticeable because of their appearance. They're large and colorful, which means that they attract the human eye and interest. They are also graceful and agile flyers, which makes them a compelling creature.

What Does a Dragonfly Symbolize?

Dragonfly symbolism is common, and they are often used in art and literature. The colors, shapes, and behavior can inspire interpretation and design, and dragonflies are also commonly found on everyday items like jewelry and clothes, so that people can express themselves through well-known symbolism of the dragonfly. Here are some of the symbols that people love the dragonfly for.

The dragonfly molts several times throughout its life, and each time it starts a new chapter of its life. Dragonflies are a common symbol for change and accepting new beginnings and new opportunities.

Dragonflies spend most of their lives as nymphs below the water's surface, and only exist as the beautiful dragonfly that we know and love for around six months maximum. Contrarily, they can live as nymphs for up to four years, and they can molt anywhere from 8-17 times.

Because the dragonfly is only in its final form for a few months, they're a symbol of living in the moment and taking advantage of the short time given.

As I mentioned above, the dragonfly as we know and love is actually the creature's last stage of its life. As such, the dragonfly is a symbol of growth, maturity, and wisdom that one would achieve after living fully and gaining life experience.

Dragonflies are powerful and graceful flyers. They flap their wings only about 30 times per minute, and have about 20 times more strength in their wings than other insects. They are expert flyers and are noted for both strength and beauty. 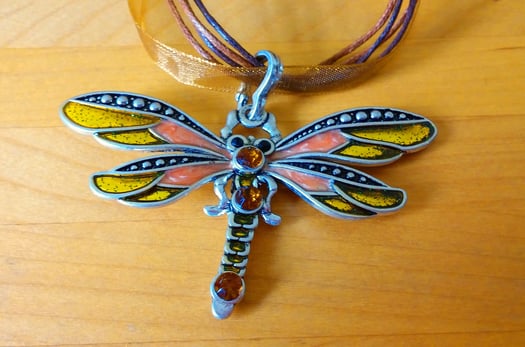 There are many dragonfly meanings, and seeing a dragonfly can be an exciting experience, especially if you're not used to seeing them around. But seeing and dreaming about dragonflies can signal other things, and people often interpret these sightings from the symbols above.

If you dream about a dragonfly, it may indicate a few things. One common interpretation is that a transformation of some kind is coming.

On the other hand, a dragonfly that crosses your path or is otherwise out of reach, may signify that you're insecure about something in your life and need to work hard to experience growth.

If you're attacked by a dragonfly in your dream, it may indicate that someone close to you has hurt you, or that you have hurt someone close to you. Since they symbolize maturity, poise, and grace, being attacked or stung is a particularly personal attack and represents that in life as well.

If you come across a dragonfly in life, it can serve as a reminder to live life to the fullest and appreciate every moment. Dragonflies can also symbolize that you're ready for a change in your life, and they can be a great initiative to get started.

If you see two dragonflies together, it can serve as a confirmation that you're in a mature relationship that is one of a kind. It may also signify that this kind of relationship is lies ahead in your future. 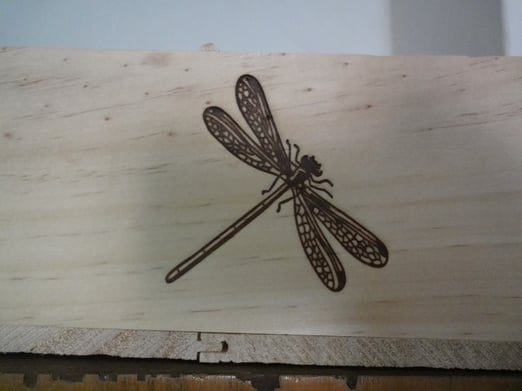 Myths and Legends About Dragonflies

Though dragonflies are a well-known and respected symbol, they're not necessarily as beloved in all parts of the world. Since dragonflies exist all over the world, there are lots of fascinating dragonfly meanings in myths that prevail about the world today. Here are a few of our favorite dragonfly legends.

The Zuni, a Native America Pueblo tribe, say that long ago, there was a food shortage on their land. The people moved on, accidentally leaving behind a little boy and girl. The boy made a creature out of corn and grass, and through their imaginations and love for the creature, it came to life.

The creature was meant to go to the gods to plead on behalf of the Zuni people so they could have a harvest, but when the girl became ill, the creature went to the corn maidens, sacred beings who are associated with corn and the giving of life, to ask for food. The corn maidens agreed and told the children that the gods had special plans for them. The corn re-grew and the tribe returned to their land. They made the boy and girl leaders of the tribe, who then made a companion for the creature that saved them. The creature asked to be called "dragonfly."

The dragonfly is often used as part of sacred Zuni objects to symbolize health, rain, summer, and harvest.

In Sweden, dragonflies are said to indicate oncoming tragedy. They are associated with goblins and ghouls, and they come around to check for bad souls to take into the forest.

In Romania, dragonflies are said to symbolize evil and dark magic. One legend even claims that dragonflies came from the devil. When the devil was unable to convince a fisherman to take him across a river in his boat, the devil turned himself into the winged insect we call the dragonfly.

The legend of the dragonfly in Germany is an interesting one. It claims that the dragonfly was created when a mean princess refused to speak to a man in her kingdom, and ran him over with her horse instead. The legend goes that the man cursed her to be forever joined to her horse, thus forming the dragonfly.

The sinister origin means that the dragonfly is associated with wrongdoing, evil, and curses, and many consider seeing one a bad omen.

Dragonflies are a much loved and revered creature in Japan, often appearing in art and poetry.

The legend goes that long ago, a young emperor was out in the forest and was attacked by a dangerous insect. A dragonfly appeared and ate the insect, thus protecting the emperor from harm.

Summary: What Does a Dragonfly Symbolize?

Around the world, there are many dragonfly meanings, including dragonfly spiritual meanings. Dragonflies are thought to be invincible in Japan, and some myths indicate that warriors put them on armor or carried dragonfly totems into battle. Dragonflies are beautiful creatures with a long and interesting history. Dragonflies have been around since before the dinosaurs, and certainly as long as humans have been around. We've had a long time to live among dragonflies, and the resulting myths and legends surrounding them are as varied as the colorful dragonflies themselves.

Want to learn more about symbolism and metaphors? Check out these personification examples, poetic devices, and simile vs. metaphor.

For more info about insects and spiders, don't miss these complete guides on the praying mantis, garden spider, and camel spiders.