The 9 Most Common Shapes and How to Identify Them 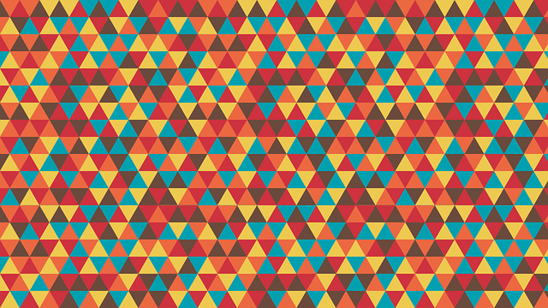 You've probably learned a lot about shapes without ever really thinking about what they are. But understanding what a shape is is incredibly handy when comparing it to other geometric figures, such as planes, points, and lines.

In this article, we'll cover what exactly a shape is, as well as a bunch of common shapes, what they look like, and the major formulas associated with them.

What Is a Shape?

If someone asks you what a shape is, you'll likely be able to name quite a few of them. But "shape" has a specific meaning, too—it's not just a name for circles, squares, and triangles.

A shape can be any size and appear anywhere; they're not constrained by anything because they don't actually take up any room. It's kind of hard to wrap your mind around, but don't think of them as being physical objects—a shape can be three-dimensional and take up physical room, such as a pyramid-shaped bookend or a cylinder can of oatmeal, or it can be two-dimensional and take up no physical room, such as a triangle drawn on a piece of paper.

The fact that it has a form is what differentiates a shape from a point or a line.

A point is just a position; it has no size, no width, no length, no dimension whatsoever.

A line, on the other hand, is one-dimensional. It extends infinitely in either direction and has no thickness. It's not a shape because it has no form.

Though we may represent points or lines as shapes because we need to actually see them, they don't actually have any form. That's what differentiates a shape from the other geometric figures—it's two- or three-dimensional, because it has a form. 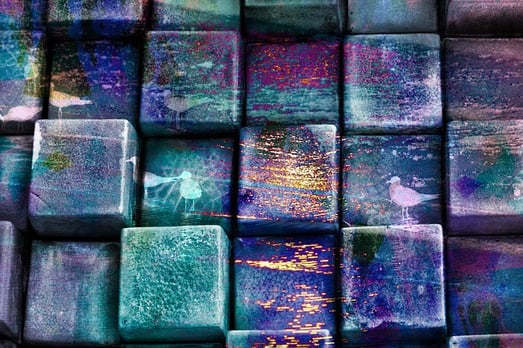 Cubes, like those seen here, are three-dimensional forms of squares—both are shapes!

Picturing a shape just based on definition is difficult—what does it mean to have form but not take up space? Let's take a look at some different shapes to better understand what exactly it means to be a shape!

We often classify shapes by how many sides they have. A "side" is a line segment (part of a line) that makes up part of a shape. But a shape can have an ambiguous number of sides, too.

Ellipses are round, oval shapes in which a given point (p) has the same sum of distance from two different foci.

An oval looks a bit like a smooshed circle—rather than being perfectly round, it's elongated in some way. However, the classification is imprecise. There are many, many kinds of ovals, but the general meaning is that they are a round shape that is elongated rather than perfectly round, as a circle is. An oval is any ellipses where the the foci are in two different positions. 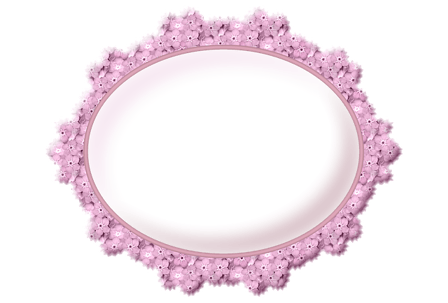 Because an oval is not perfectly round, the formulas we use to understand them have to be adjusted.

How many sides does a circle have? Good question! There's no good answer, unfortunately, because "sides" have more to do with polygons—a two-dimensional shape with at least three straight sides and typically at least five angles. Most familiar shapes are polygons, but circles have no straight sides and definitely lack five angles, so they are not polygons. 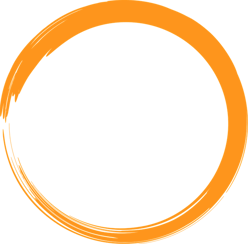 So how many sides does a circle have? Zero? One? It's irrelevant, actually—the question simply doesn't apply to circles.

A circle isn't a polygon, but what is it? A circle is a two-dimensional shape (it has no thickness and no depth) made up of a curve that is always the same distance from a point in the center. An oval has two foci at different positions, whereas a circle's foci are always in the same position. 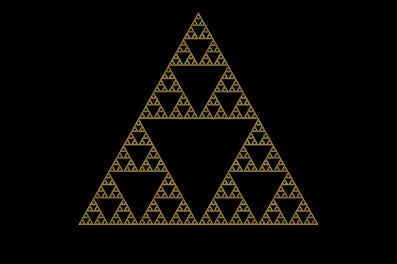 Because there are many kinds of triangles, there are lots of important triangle formulas, many of them more complex than others. The basics are included below, but even the basics rely on knowing the length of the triangle's sides. If you don't know the triangle's sides, you can still calculate different aspects of it using angles or only some of the sides. 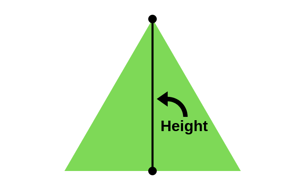 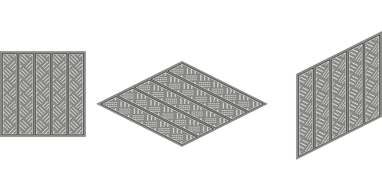 A rectangle is a shape with parallel opposite sides, combined with all 90 degree angles. As a type of parallelogram, it has opposite parallel sides. In a rectangle, one set of parallel sides is longer than the other, making it look like an elongated square. 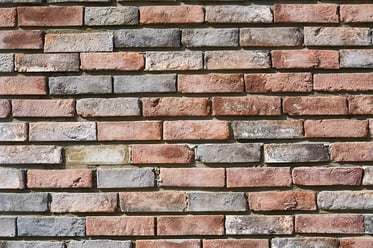 Because a rectangle is a parallelogram, you can use the exact same formulas to calculate their area and perimeters.

A square is a lot like a rectangle, with one notable exception: all its sides are equal length. Like rectangles, squares have all 90 degree angles and parallel opposite sides. That's because a square is actually a type of rectangle, which is a type of parallelogram! 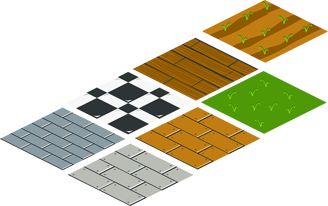 For that reason, you can use the same formulas to calculate the area or perimeter of a square as you would for any other parallelogram.

A rhombus is—you guessed it—a type of parallelogram. The difference between a rhombus and a rectangle or square is that its interior angles are only the same as their diagonal opposites. 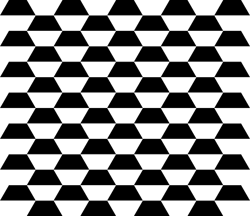 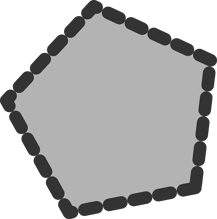 Because the shape is more complex, it needs to be divided into smaller shapes to calculate its area.

A hexagon is a six-sided shape that is very similar to pentagon. We most often see regular hexagons, but they, like pentagons, can also be irregular and convex or concave. 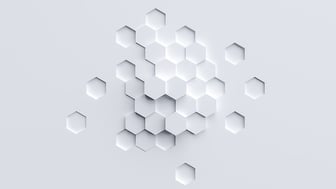 Also like pentagons, a hexagon's area formula is significantly more complex than that of a parallelogram.

What About Three-Dimensional Geometric Shapes?

There are also three-dimensional shapes, which don't just have a length and a width, but also depth or volume. These are shapes you see in the real world, like a spherical basketball, a cylindrical container of oatmeal, or a rectangular book.

Three-dimensional shapes are naturally more complex than two-dimensional shapes, with an additional dimension—the amount of space they take up, not just the form—to include when calculating area and perimeter. 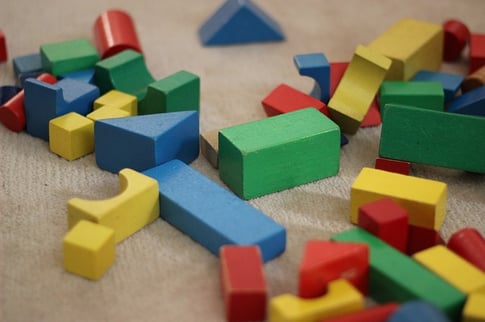 2D shapes make up the 3D shapes we see every day!

3 Key Tips for Working With Shapes

There are so many types of shapes that it can be tricky to remember which is which and how to calculate their areas and perimeters. Here's a few tips and tricks to help you remember them!

Some shapes are polygons and some are not. One of the easiest ways to narrow down what type of shape something is is figuring out if it's a polygon.

A polygon is comprised of straight lines that do not cross. Which of the shapes below are polygons and which are not? 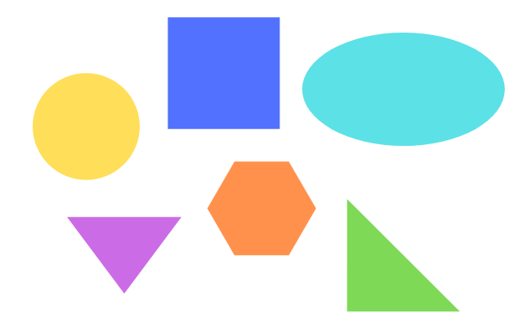 The circle and oval are not polygons, which means their area and perimeter are calculated differently. Learn more about how to calculate them using $π$ above!

It's right there in the name—parallel. A parallelogram is a four-sided polygon with two sets of parallel sides. Squares, rectangles, and rhombuses are all parallelograms.

Squares and rectangles use the same basic formulas for area—length times height. They're also very easy to find perimeter for, as you just add all the sides together.

Rhombuses are where things get tricky, because you multiply the diagonals together and divide by two.

To determine what kind of parallelogram you're looking at, ask yourself if it has all 90-degree angles.

If yes, it's either a square or a rectangle. A rectangle has two sides that are slightly longer than the others, whereas a square has sides of all equal length. Either way, you calculate the area by multiplying the length times the height and perimeter by adding all four sides together.

If no, it's probably a rhombus, which looks like if you took a square or rectangle and skewed it in either direction. In this case, you'll find the area by multiplying the two diagonals together and dividing by two. Perimeter is found the same way that you would find the perimeter of a square or rectangle.

#3: Count the Number of Sides

Formulas for shapes that don't have four sides can get quite tricky, so your best bet is to memorize them. If you have trouble keeping them straight, try memorizing the Greek words for numbers, such as:

Tri: three, as in triple, meaning three of something

Tetra: four, as in the number of squares in a Tetris block

Penta: five, as in the Pentagon in Washington D.C., which is a large building in the shape of a Pentagon

Hexa: six, as in hexadecimal, the six-digit codes often used for color in web and graphic design

Septa: seven, as in Septa, the female clergy of Game of Thrones' religion, which has seven gods

Octo: eight, as in the eight legs of an octopus

Ennea: nine, as in an enneagram, a common model for human personalities

Deca: ten, as in a decathlon, in which athletes complete ten events

If you're prepping for the ACT and want a little additional help on your geometry, check out this guide to coordinate geometry!

If you're more the SAT type, this guide to triangles on the SAT geometry section will help you prepare for the test!

Can't get enough of ACT math? This guide to polygons on the ACT will help you prepare with useful strategies and practice problems!