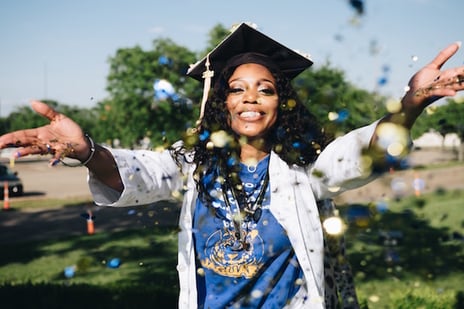 What Is a Historically Black College and University?

A historically black college and university is defined in Title III of the Higher Education Act of 1965 as a school of higher learning that was accredited and established before 1964 and whose principal mission was the education of African Americans.

Today, HBCUs enroll mostly Black students, but a full quarter of HBCUs across the US have at least a 20% non-Black student body.

Pros and Cons of Attending an HBCU College

In this section we discuss both the pros and the cons of attending an HBCU. Much of this information comes from forum discussions on College Confidential, Reddit, and Quora.

Let's start with the pros of an HBCU college education.

Many students decide to attend an HBCU because they want to embrace and celebrate their blackness. Because you're surrounded by so many black peers, you don't need to worry about your hair/clothes/way of speaking/etc. being out of place. You can take pride in your ancestry and the way you look because you're attending a school whose purpose is to help people like you thrive in life.

HBCUs tend to have a significantly lower average tuition compared to PWIs. This can help you graduate college with lower debt than if you'd attended a PWI. However, PWIs often have more resources to offer more students scholarships. So, if you think you're eligible for a significant scholarship at a PWI, the overall cost at a PWI might be cheaper than at an HBCU.

Networking is really what you make it, but if you attend an HBCU, you may feel more comfortable contacting alumni or speaking with professors about potential career options. They're more likely to understand what it's like to be a black person navigating the career world, and they can encourage you to pursue opportunities you might otherwise have felt were out of your reach. People also often feel most comfortable with others who have had experiences similar to their own, so having a long list of successful alumni and peers who attended your HBCU can make you more open to contacting them.

While all colleges have professors who look out for their students, those at HBCUs can be more accessible and more invested in the outcomes of their black students. Studies have shown students at an HBCU majoring in a STEM field stick with that area of study more often compared to students majoring in similar fields at PWIs. This is perhaps because, at HBCUs, students regularly see examples of black scholars who have successfully completed these rigorous programs and can offer tailored advice and encouragement.

#5: Not Being Called on to Be a Representative

For some black students, the years they attend an HBCU are the only time in their life when they're not a minority in their community. This means you won't be called upon to represent the black or minority perspective. At a PWI, if an issue that is thought to disproportionately affect black people comes up in class or even just within your friend group, you might often be called upon to serve as the black "expert." This can be both annoying and emotionally draining, so many students appreciate being able to blend in more at an HBCU, as well as being in a community where many students have had similar life experiences to their own.

If you want to major in Black studies, or any other area that relates to the history of Africans and/or African Americans, you'll be in good hands at an HBCU. They often have top-notch programs and professors in this field. Additionally, even students majoring in other fields often take Black studies classes at HBCUs, so you'll get a more in-depth education in this topic than you likely would at a PWI.

And now for the negative aspects of attending an HBCU.

HBCUs often have significantly smaller endowments compared to PWIs, and this, unfortunately, can affect many aspects of the school. HBCUs may not offer as many academic programs, may not have facilities as modern or as sophisticated as those of many PWIs, may have fewer extracurriculars, etc.

All college students feel stuck within their school's bureaucracy at one point, but on every forum we looked at, students at HBCUs made a point of mentioning how inefficient they found their school's administration. Loans and scholarships may not be distributed on time, you may need to wait longer to get your questions answered, and you may find it hard to reach a person to help you with an issue you're having. These administrative issues are often due to the lack of financial resources many HBCUs have to work with, and they can cause a lot of stress for students.

At HBCUs, there can be less unity among the black students because the majority of students are black. At a PWI, the black students tend to band together and have more of a sense of camaraderie and mutual support. Nearly all PWIs have a Black Student Union or other group aimed at encouraging unity and sense of family among black students. These groups are not as prominent at HBCUs because obviously the schools are predominantly African American.

#4: Can Be Less Academically Challenging

There are several highly-ranked HBCUs, such as Howard University and Spelman College, and it's possible to get an excellent education at any HBCU. However, many HBCUs are less academically rigorous than comparable PWIs. Part of this is because many HBCUs have such a strong emphasis on camaraderie and teambuilding that individual academic achievement isn't the only goal that it often can be at a PWI. But HBCUs are often less competitive to get into, and some high-achieving students didn't feel particularly challenged at their HBCU. 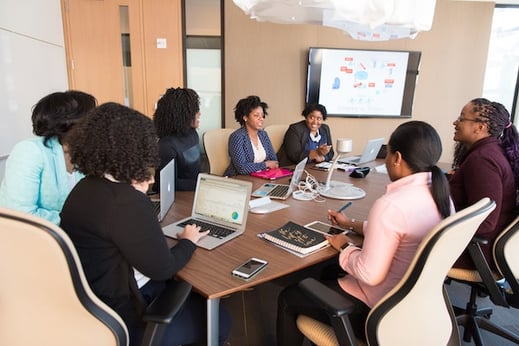 For this list, I only included accredited 4-year colleges. Most of these schools are in the South, but there are HBCU colleges in 20 states, Washington DC, and the Virgin Islands.

Public universities are in bold. The acceptance rates and percentage of African-American students were reported by the schools for the previous academic year. 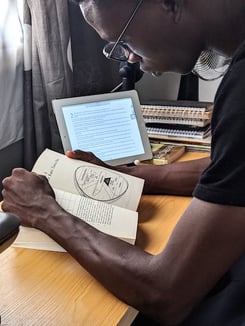 If you're considering attending an HBCU, you should research the colleges that interest you on the list to determine if they're schools you should apply to or attend. There are many factors to consider to determine if a college is a good fit for you including location, selectivity, support services, and the majors offered.

Look at the school's website, and use guidebooks, college finders, and search websites to help you in the college selection process. If possible, consult with teachers, counselors, parents, current students, and alumni.

To get a general idea of the reputations of different HBCUs, you can check out their US News HBCU rankings. Also, Big Future allows you to search for HBCUs and other qualities you're looking for in a college. Keep in mind that like other college rankings, HBCU rankings are inexact and should be used as a way to gather more info about the school.

Finally, you can attend an HBCU college fair or tour to learn more about specific HBCUs.

If you're worried about college costs, read about how to pay for college and applying for financial aid.

Before you finalize your list of schools that you're going to apply to, make sure you know about target schools, reach schools, and safety schools.

The process of applying for college can be a bit confusing sometimes. Our complete guide to the college application process can help!