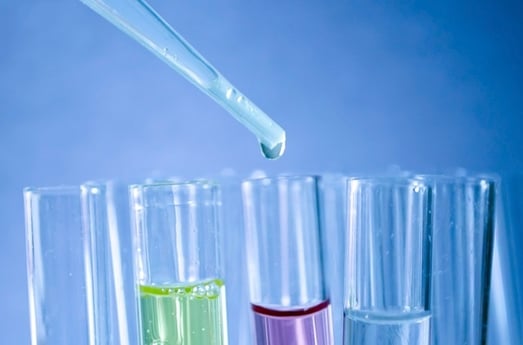 What Is a Strong Acid?

When an acid is labelled as a strong acid, it actually has nothing to do with how powerful or corrosive it is. The “strength” of an acid simply refers to its ability to release hydrogen ions into a solution. Strong acids are acids that completely dissociate into their ions in water. This means that, in a solution, all of their molecules break up. Strong acids yield at least one hydrogen cation (H+) per molecule. Weak acids, on the other hand, will dissociate less than 1%, which means very few of their molecules will break up to release a hydrogen ion.

Why is this important? It has to do with chemical reactions. Here is the ionization reaction of the strong acid, hydrochloric acid:

Here is the reaction of ethanoic acid, a weak acid:

Notice here that the reaction arrow points in both directions. This means that the reaction proceeds in both directions, which isn’t the case for strong acids. Weak acids only slightly disassociate, and their hydrogen ions will continue to move between being part of the weak acid and part of the water. This reaction is reversible and will reverse itself many times, reforming the acid.

In the next section, we list all 7 strong acids, and we encourage you to memorize them. However, if you forget if an acid is strong or weak, you can also look at its equilibrium constant/acid dissociation constant (Ka). Strong acids will have large values for Ka, while weak acids will have very small values for Ka. 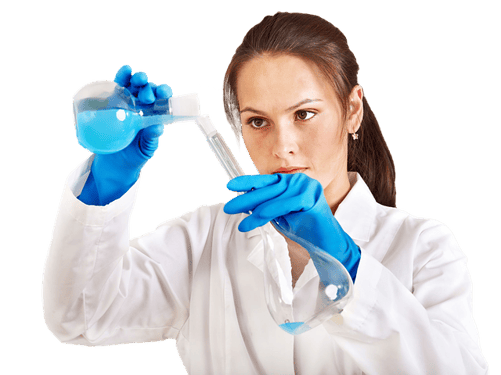 There are only 7 strong acids; all other acids are weak. They are listed below by name and chemical composition.

Just because an acid is strong doesn’t mean that it’s corrosive. Corrosiveness refers to how much a substance damages a surface it touches. Living tissue (such as skin, eyes, etc.) is often used as a reference point since people want to know any potential risks of substances they’re working with.

Some chemicals are so corrosive they can eat away flesh and bone, but, again, the strength of an acid isn’t related to how corrosive it is. The two terms measure different, unrelated things. Some strong acids are very corrosive, such as hydrochloric acid (which can eat through stainless steel) and sulfuric acid (which is commonly used as a drain cleaner). However, weak acids can also be extremely corrosive, such as hydrofluoric acid, which can decalcify bone.

When corrosive acids are diluted, they will often have less of a corrosive effect due to their low concentration. In this case, they may only act as an irritant and cause milder reactions such as itchy or red skin.

Acids, oxiders, and bases can all be corrosive. The word “caustic” is sometimes used as a synonym for corrosive, but it can only refer to strong bases, not any acids. 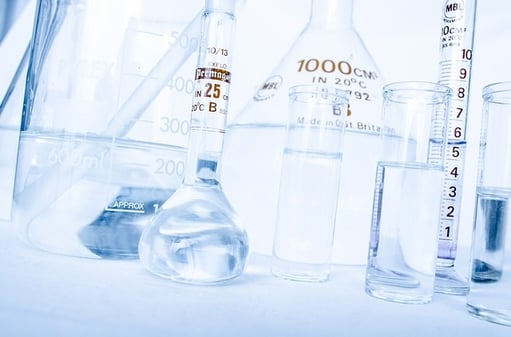 Weak acids (which are all other acids) dissociate only a small amount. An acid's corrosiveness is a measure of how damaging it is to surfaces such as metal or skin. An acid can be strong but fairly safe to handle if it has a low corrosivity, but weak acids can also be highly corrosive and very dangerous to work with if proper safety precautions aren’t taken.