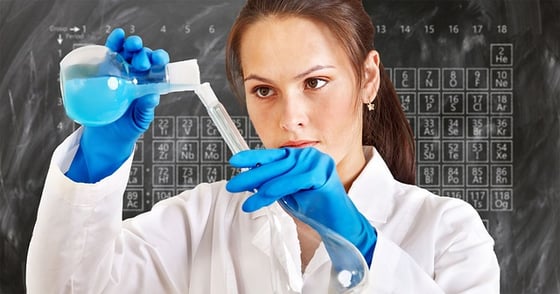 In your science class, you may have heard of chemical and physical changes. But do you know how to tell the difference between the two? The answer lies in whether or not a change to a substance results in its molecules being rearranged.

So let's get started!

When ice cream melts (and goes from a solid to a liquid), it undergoes a physical change.

What is an example of a physical change? Things like cutting a piece of paper in half, freezing water into ice or bending some of your mom's favorite silverware (don't do that!) are all physical changes. That's because physical changes only affect a substance's physical properties, not the composition of their molecules.

When logs burn, they undergo a chemical change.

In contrast, a chemical change takes place when the original substance's of molecules are taken apart and put back together into new combinations that are different from the original combinations. Furthermore, the original matter cannot be recovered. And unlike physical changes, these changes usually use a lot more energy, such as heat and light, because the molecular bonds need to be broken in order to rearrange them.

What is an example of a chemical change, then? Some chemical change examples include a piece of paper burning, a nail rusting, or baking a cake. Like physical changes, it's pretty clear that the way these things start and end are quite different: a shiny nail turns orange with rust, and wet dough becomes a delicious dessert. The reasons these are chemical changes is that the change happens on a molecular level. Put another way, the object you begin with and the object you end with are completely different substances.

So, let's look at some more examples of physical and chemical changes to better understand the differences and similarities between the two. 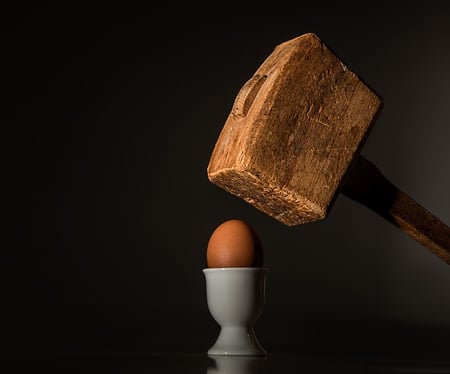 When this mallet hits the egg, the egg will undergo a (very messy) physical change. (P.S: Don't try this at home!)

Phase changes involve changes in size, volume, and density. For instance, when you turn water into ice or vapor, this is called a phase change. This is because water has 3 phases: solid (ice), liquid (water), and gas (vapor or steam).

It may seem like some of the water molecules are lost during each phase change: the ice cube gets smaller, and steam seems to disappear into the air. However, in each of these three stages, the water molecules stay the same. And if you were to cool down the vapor, it would reform into water. Cool it down enough, and it would turn back into ice. There would be the same amount of hydrogen and oxygen atoms in the ice cube as there were in the steam, and these atoms will stay in the same molecular shape in all stages.

Let's take a closer look at what's happening on a molecular level. Vapor is made up of H20 just like the ice cube. The only difference between vapor and ice is that the individual molecules have spread apart in vapor due to the application of heat. Meanwhile, in ice, the molecules group closer together because of the absence of heat. Though these phase changes require energy to be expelled (exothermic reactions) or applied (endothermic reactions), the number of atoms and the shape of the molecules in the substance remains the same. That's what makes it a physical change!

Example 2: Changes in Size and Shape

Like we mentioned earlier, physical changes are all about whether molecules stay the same or not. When an object undergoes a physical change, it can become a different size and shape as long as its composition stays the same.

Here's what we mean: if you have ever dropped a piece of glass on the floor, you know that it will break apart, exploding into a million pieces. If you really wanted to, once you swept all that glass up into your dustpan, you could probably fit it all back together (even though it would take a lot of time and patience). This is also a physical reaction because the glass stays glass. When it shatters, the glass changes size and shape, but its molecules don't change.

This is a physical change that only involves a change in size and shape. While energy helped shatter the glass into pieces, no energy was used to rearrange the molecules.

Imagine you are on a day out at the beach. The sun is shining, the sand is warm, and the seagulls are trying to steal people's lunches. After playing in the waves for a bit, you decide to make a sandcastle. You fill your bucket up with sand and plop it upside down. The sand comes out but it doesn't stick together. You forgot to add water! You try again, this time with water and voila, you've created your first tower like a master sandcastle architect.

But why didn't the sand stick together the first time? It has to do with a physical property called surface tension. Surface tension refers to how strong the bond is between a substance's molecules. Water has a strong surface tension, so adding it to the sand creates a strong enough bond for the sand to cling together instead of falling apart.

What makes this different from a chemical reaction is that the sand and the water, though mixed together, do not change their molecular structure. The water stays water and the sand stays sand. And if you were to measure the water that will eventually evaporate once the sandcastle dries, you will find that the amount of evaporated water is equal to the amount of liquid water you added to the sand originally.

This is called a mixture because both substances (the sand and the water) retain their own physical properties.

The same is true if you add salt or sugar to water. It seems like the salt and sugar dissolve and form new molecules. But if you were to wait for the water to evaporate, you would find that the salt or sugar molecules get left behind in the glass. This is called a solution.

Solutions differ from mixtures in that they are homogenous. A single drop of saltwater would have the same number of salt molecules (NaCl) per water molecules (H2O) as another drop taken from the same solution. In a mixture, you might have more sand than water in two different handfuls, even if they were taken from the same bucket. 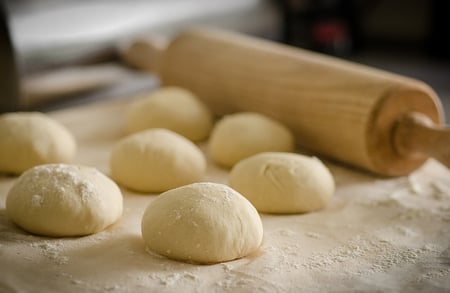 Dough turning into bread is a tasty example of a chemical change.

Both physical and chemical changes result in one thing turning into another. Whether it's a glass breaking or burning a piece of paper, the original item becomes something different.

Here are three examples of chemical changes to help you spot the difference!

Combustion is a chemical reaction between substances, usually including oxygen, that creates heat and light. The energy released by the reaction (in the form of heat and light) is caused by the breaking of molecular bonds. As a result, the original substances transform into entirely different substances because of the rearrangement of molecules, which is an example of a chemical change!

For instance, if you mix oxygen (O2) with a type of hydrocarbon called methane (CH4), the molecular bonds of both substances are broken, which creates the heat and light. The bonds then reform to create two different molecules: carbon dioxide (CO2) and water (H2O).

Decomposition is rather straightforward. A decomposition reaction is a reaction in which a compound breaks down into two or more simpler substances.

For instance, when an electric current is passed through water (H2O), it can be broken down into hydrogen and oxygen or H2 + O2. In this example, water is broken down into its two elements. The result is a chemical change because the starting and ending molecules are different.

You'll notice that this chemical reaction needed electricity to happen. Decomposition reactions usually require the application of heat from an outside source, making it an endothermic reaction.

Keep in mind that not all decomposition reactions have to break down into their elemental forms. More complicated substances with longer molecular chains may break down into smaller compounds instead of elements. An example of this is when 2Fe(OH)3 (also known as ferric oxide) is exposed to heat. Instead of breaking into its individual molecules, it turns into two compounds: Fe2O3 + 3H2O.

Combination reactions, also called synthesis reactions, are the opposite of decomposition reactions. These reactions occur when two substances (called reactants) are added together to create one new substance. And because this is a chemical reaction, the result is a molecular change!

One example of this would be a nail rusting. While this may seem like a decomposition reaction because it seems like the nail is decomposing and falling apart. But actually, it's a chemical change! Iron (Fe) and oxygen (O) combine to create the compound iron oxide (Fe2O3), which is rust. And as you can see, it also results in a completely new molecule. 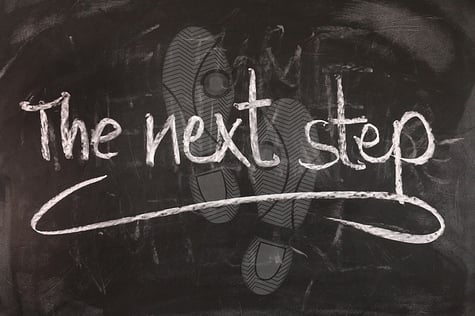 Understanding chemical and physical reactions in only one part of what you need to know in order to succeed on the AP Chemistry Exam. We've gathered together the most important AP Chem topics into this ultimate guide.

Need help understanding other chemistry concepts? Learn how to balance chemical equations step-by step, what the 11 solubility rules are, and when you need to use the solubility constant (Ksp).