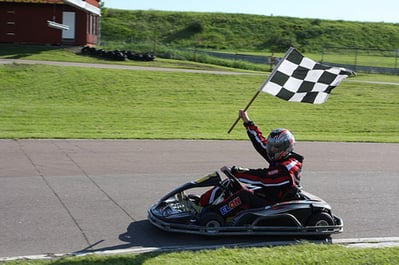 As crucial as a detailed setting or the right mix of characters is to the success of a story, nothing quite packs a memorable gut punch like the perfect ending. Think about it: the way a story ends tends to shape our understanding of what we have just read. If it ended in love and marriage, then it must have been a love story. If it ended in death, then it was a tragedy.

So what do we make of the The Great Gatsby ending? Why is there so much death? Why doesn't anyone get their just comeuppance? In this article, I'll talk about the significance of endings in general, and explore the meaning behind The Great Gatsby's last line, last paragraphs, and the conclusion of the plot.

Our citation format in this guide is (chapter.paragraph). We're using this system since there are many editions of Gatsby, so using page numbers would only work for students with our copy of the book.

To find a quotation we cite via chapter and paragraph in your book, you can either eyeball it (Paragraph 1-50: beginning of chapter; 50-100: middle of chapter; 100-on: end of chapter), or use the search function if you're using an online or eReader version of the text.

Why Is the Ending of a Book Important?

In general, endings come in many flavors.

The ending of The Great Gatsby falls into this last category. 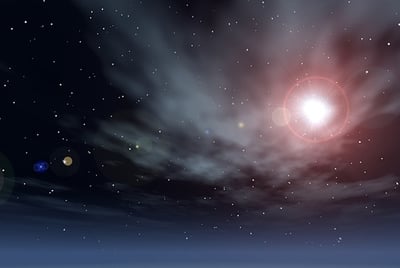 It's like that extreme zoom out shot at the end of a movie, which eventually zooms out enough to show us a tiny Earth in outer space.

Understanding the Ending of The Great Gatsby

So why does the novel end the way it does? The novel's abrupt and downbeat ending mostly poses more questions than it gives answers.

Why do Gatsby, Myrtle, and George Wilson die? Why does Daisy go back to Tom? Why does no one come to Gatsby's funeral? It all feels kind of empty and pointless, especially after all the effort that Gatsby put into crafting his life, right?

Well, that empty feeling is basically the whole point. F. Scott Fitzgerald was not particularly optimistic about the capitalist boom of the 1920s. To him, America was just like Europe in its disdain for new money, and the elites were scornful of the self-made men who were supposed to be the people living the ideals of the country. He saw that instead of actually being committed to equality, the country was still split into classes—just less acknowledged ones.

So, in the world of the novel, Gatsby, for all his wealth and greatness, can buy himself a place in West Egg, but can never join the old money world of East Egg. His forward progress is for naught because he is in an environment that only pays lip service to the American Dream ideal of achieving success through hard work.

The novel is a harsh indictment of the idea of the American Dream. Think about it: the actually "successful" people—successful in that at least they survive—(the Buchanans, Nick, and Jordan) are all old money; while those who fail (Gatsby, Myrtle, and George) are the strivers. 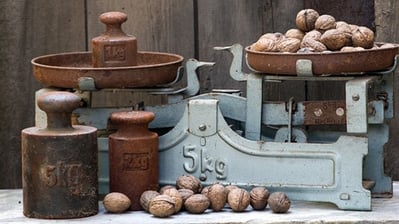 All in all, the novel is a vision of a deeply unbalanced and unfair world.

Interpreting the Last Paragraphs of The Great Gatsby

The novel ends with a sad Nick contemplating the historic geography of Long Island:

Most of the big shore places were closed now and there were hardly any lights except the shadowy, moving glow of a ferryboat across the Sound. And as the moon rose higher the inessential houses began to melt away until gradually I became aware of the old island here that flowered once for Dutch sailors' eyes—a fresh, green breast of the new world. Its vanished trees, the trees that had made way for Gatsby's house, had once pandered in whispers to the last and greatest of all human dreams; for a transitory enchanted moment man must have held his breath in the presence of this continent, compelled into an aesthetic contemplation he neither understood nor desired, face to face for the last time in history with something commensurate to his capacity for wonder.

And as I sat there brooding on the old, unknown world, I thought of Gatsby's wonder when he first picked out the green light at the end of Daisy's dock. He had come a long way to this blue lawn and his dream must have seemed so close that he could hardly fail to grasp it. He did not know that it was already behind him, somewhere back in that vast obscurity beyond the city, where the dark fields of the republic rolled on under the night.

Gatsby believed in the green light, the orgastic future that year by year recedes before us. It eluded us then, but that's no matter—tomorrow we will run faster, stretch out our arms farther. . . . And one fine morning——

It's clear that the novel is trying to universalize Gatsby's experience in some way. But there are multiple layers of meaning creating this broadening of perspective.

We Are All Jay Gatsby

By ending the way it does, the novel makes Gatsby explicitly represent all humans in the present and the past.

Compare this ending with the last paragraph of Chapter 1:

But I didn't call to him for he gave a sudden intimation that he was content to be alone—he stretched out his arms toward the dark water in a curious way, and far as I was from him I could have sworn he was trembling. Involuntarily I glanced seaward—and distinguished nothing except a single green light, minute and far away, that might have been the end of a dock. When I looked once more for Gatsby he had vanished, and I was alone again in the unquiet darkness. (1.152)

The language of the novel's ending paragraphs and the last paragraph of the first chapter links Gatsby's outstretched arms with the hopes of the Dutch sailors (the people of the past). Just as Gatsby is obsessed with the green light on Daisy's dock, so the sailors coming to this continent for the first time longed for the "green breast of the new world." For both, these green things are "the last and greatest of all human dreams": for Gatsby, it's his memory of perfect love, while for the sailors, it's the siren song of conquest.

These two passages also connect Gatsby with the way we live today. Just as Gatsby "stretched out his arms toward the dark water in a curious way," so we also promise ourselves "tomorrow we will run faster, stretch out our arms farther." For all of us, life is all about constantly having to will ourselves into eternal optimism in the face of elusive dreams or challenging goals.

Jay Gatsby's Life is All of America

The novel's last paragraphs also touch on most of the novel's overarching themes, symbols, and motifs:

New York City before the Europeans showed up to trash the place.

The Last Line of The Great Gatsby

The last sentence of this novel is consistently ranked in the lists of best last lines that magazines like to put together.

So we beat on, boats against the current, borne back ceaselessly into the past.

So what makes this sentence so great?

Close-Reading the Last Sentence of The Great Gatsby

On a formal level, the line is very close to poetry, using the same techniques that poems do to sound good:

Other literary devices are at play as well:

Interpreting the Meaning of the Last Sentence of The Great Gatsby

There are three ways to interpret how Fitzgerald wants us to take this idea that we are constantly stuck in a loop of pushing forward toward our future and being pulled back by our anchoring past.

If we go with the "heavy burden" meaning of the word "borne," then this last line means that our past is an anchor and a weight on us no matter how hard we try to go forward in life. In this case, life only an illusion of forward progress. This is because as we move into the future, everything we do instantly turns into our past, and this past cannot be undone or done over, as Gatsby attempted.

This version of the ending says that people want to recapture an idealized past, or a perfect moment or memory, but when this desire for the past turns into an obsession, it leads to ruin, just as it lead to Gatsby's. In other words, all of our dreams of the future are based on the fantasies of a past, and already outdated, self.

If, on the other hand, we stick with the "given birth to" aspect of "borne" and also on the active momentum of the phrase "so we beat on," then the idea of beating on is an optimistic and unyielding response to a current that tries to force us backward. In this interpretation, we resiliently battle against fate with our will and our strength—and even though we are constantly pulled back into our past, we move forward as much as we can.

In the final version of the last line's meaning, we take out the reader's desire for a "moral" or some kind of explanatory takeaway (whether a happy or sad one). Without this qualitative judgment, this means that the metaphor of boats in the current is just a description of what life is like. In this way, the last line is simply saying that through our continuing efforts to move forward through new obstacles, we will be constantly reminded and confronted with our past because we can't help but repeat our own history, both individually and collectively.

Which of these readings most appeals to you? Why? 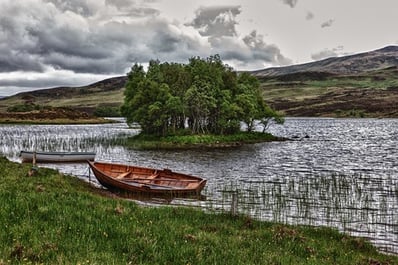 So, wait, "boats giving birth" is what we're going with here?

Consider the significance of the green light at the end of Daisy's dock.

Compare the meaning of the ending to our analysis of the beginning to see whether the novel's payoff reflects its starting assumptions.

Analyze the character of Jay Gatsby to see how this flawed protagonist comes to represent humanity's striving for the unreachable.

Investigate the themes of the American Dream and society and class to see how they are addressed in the rest of the novel.

Explore the rest of Chapter 9 to see how the novel leads up to its conclusion.