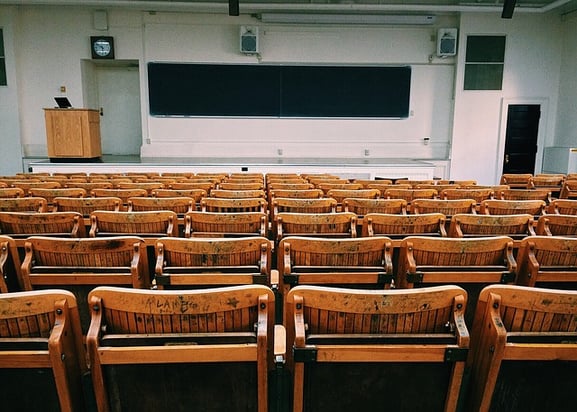 What Is a Major in College?

When you get to college, you’ll need to pick a specific subject area to specialize in. That subject area is called a major.

Your major will dictate the coursework you take. Ultimately, most students take about half of their coursework within their major’s department.

As we said before, the vast majority of schools require students to pick a major. A handful of schools don’t require you to major in anything at all, while at other places, you can major in more than one subject. Some students might choose to major in two subject areas, such as Anthropology and History. Other students might choose to have a major and a minor, which is a specialization that requires fewer courses than a major does.

Most majors are outlined by the university: you’ll have to choose a set subject area and pick classes from a pre-selected workload.

Some schools, however, allow students to design their own major. In this scenario, you’d work with an advisor to create a class load that matches what you want to study. For instance, if you wanted to study Human Rights, but your school doesn’t have a Human Rights major, you might select classes from History, Anthropology, Sociology, and Political science to create this new major. It’s important to note that not all schools allow students to create their own major. If creating your own major is something you’re interested in, you’ll need to talk to your advisor.

When it comes to your college major, there are a lot of words that are thrown around: major, concentration, minor, degree. What do they all mean? Let’s take a closer look.

Your major is your specific subject area that you specialize in.

A concentration, on the other hand, typically refers to a set course of study within that major. For instance, if you’re a Classics major, you might have a concentration in Latin or a concentration in Ancient Greek. Think of it as a way of specializing even more. That being said, some colleges and universities call their majors concentrations instead. So, depending on where you attend, the terminology might mean something different.

A minor is a set area of study, as well, but you need to complete fewer courses for a minor than a major. If you need to take 16 classes in your subject area to major, you might only need to take 10 to achieve a minor. The exact number of classes you’ll need to take depends on your school.

When Do You Need to Declare a Major?

When you declare your major depends on a couple factors: what’s required at your school and when you decide what you want to study.

Most colleges and universities require you to pick a major by the end of your sophomore year. In fact, some schools don’t even let you pick until then. At other places, however, you can declare before you start classes. Some students arrive at school knowing exactly what they want to study; others take a longer time to sample and understand their different options.

How to Pick a Major: 4 Step Guide

Wondering how to pick a major? This four-step guide will help.

First, consider your interests. The vast majority of your coursework will be in your major’s field, so you don’t want to pick something that bores you. If you hate English, for instance, you probably shouldn’t be an English major!

Pick something that you’ll want to study and enjoy learning about for the rest of your time at college.

#2: Talk to Other People in That Department

Once you’ve decided on a few subject areas that interest you, talk to other students in those departments. Get a sense from them of what the upcoming coursework is like and what opportunities are available. Maybe you’ll find that the upper-level coursework changes tack and becomes something you’re not super interested in. Or, maybe you’ll find that your least favorite professor teaches all the advanced courses. Either way, it’s good to know what you’re getting into.

For some students, their major has a big impact on their career potential. For others, it’s not as big of a deal. If you’re looking to work in a field that requires specific training, like computer science or biology, then your major will need to line up with that path. If, however, you’re not 100% sure what your career will be, don’t worry. Many people end up working in fields that are different than what they majored in. It is, however, a good idea to research your major and see what kinds of jobs most people end up having.

#4: Meet With an Advisor in the Department

Finally, you should meet with an advisor in your potential major’s department. You’ll likely get a new advisor when you declare your major, so it’s helpful to speak with some of the options ahead of time to get their perspective on what they teach and whether or not it’s a good fit for you.

Final Thoughts: What Is a Major in College?

So, what is a major in college? The best college major definition is that your college major is the specific area that you'll spend most of your time in college studying. Most colleges and universities have tons of options for topics you can study for your major.

Still stressed about selecting a major? Learn how to choose a major for your college application, and then check out our post on the average college GPA by major.

If you’re thinking longer-term about your career prospects, you might be interested in learning more about job shadowing. It’s a great way to test out a profession to see whether it might be a good fit for you!