The 22 Best Colleges in the Midwest 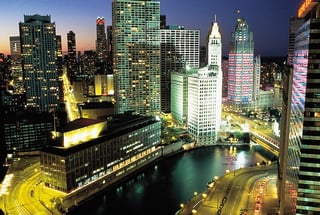 Are you from the Midwest and want to stay close to home for college? Do you want to experience life in the heartland or in one of America's underrated flyover states? If you’re considering going to college in the Midwest, you should have an idea of which schools are the best in the region.

In this article, I’ll provide my rankings of the best colleges in the Midwest and explain how you should use my ranking list of the top Midwestern schools.

Which States Are in the Midwest?

For my rankings, here are the states that I considered to be in the Midwest: North Dakota, South Dakota, Illinois, Indiana, Wisconsin, Minnesota, Kansas, Nebraska, Iowa, Michigan, Ohio, Oklahoma, and Missouri. There is some argument about which states are in the Midwest. My apologies if you disagree with my assessment.

How I Ranked the Best Colleges in the Midwest

While rankings can be subjective, you can get a general idea of which colleges are better based on their reputations and objective statistics. I placed the 22 top colleges in the Midwest into four tiers, with tier one including the highest ranked schools. I determined my rankings by looking at the rankings from US News, Forbes, and Niche. Each ranking list uses different variables to determine its rankings, but here are some of the most important factors that are considered when determining college rankings:

Academic Reputation — The academic reputation of a school is what education experts think about the academics at a particular college. US News gives a peer assessment survey to university presidents, provosts, and deans of admissions to help rate academic quality. Additionally, it surveys high school counselors across the country.

Freshman Retention Rate — The freshman retention rate is the percentage of freshmen that return for their sophomore years. Typically, better colleges have higher retention rates. A high retention rate shows that students at the school are satisfied with the school and receiving the necessary support to succeed.

Student Selectivity — Student selectivity refers to the qualifications of the students and the competitiveness of the admissions process. Better schools have students with higher high school GPAs and standardized test scores. Also, better schools tend to have lower acceptance rates. More selectivity generally equates to a higher caliber of student.

I weighted the US News rankings a little more heavily because US News has the most prestigious ranking list; therefore it has the greatest impact on a school’s reputation. All of the schools were among the top 25 Midwestern colleges in at least two of the three ranking lists I looked at. Honorable mention schools made the top 25 in at least one list.

The 22 Best Colleges in the Midwset, Ranked

Here are my rankings of the best colleges in the Midwest. Enjoy.

The first tier of the best universities in the Midwest is composed of extremely selective private schools. Their acceptance rates range from 9% (University of Chicago) to 22% (University of Notre Dame). Also, their graduation rates are between 93% and 96%. They’re all top 15 schools in the country in their respective categories in the US News rankings, and all of the first tier schools meet 100% of demonstrated financial need. The only liberal arts college in the group is Carleton College. 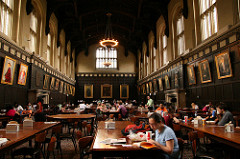 The second tier is composed of very well-regarded, selective colleges. All of the second tier schools are small liberal arts colleges, except the University of Michigan, which is considered to be one of the top public universities in the nation. Their acceptance rates range from 30% (Oberlin College) to 38% (Kenyon College), and their US News rankings are all in the top 30 in the country in their respective categories. Their graduation rates range from 86% (Grinnell) to 91% (University of Michigan). They all meet 100% of demonstrated financial need, except Kenyon (95%) and Michigan (85%).

The third tier is composed of a mix of private and public colleges from five different states. Their acceptance rates range from 42% (Case Western) to 62% (University of Illinois), and their US News rankings are between 37 and 51 in their respective categories. Their graduation rates range from 80% (DePauw) to 89% (St. Olaf). They meet from 69% (Illinois) to 99% (St. Olaf) of demonstrated financial need.

The fourth tier is composed of seven colleges, four liberal arts colleges and three large public universities. Their acceptance rates range from 44% (University of Minnesota) to 73% (Lawrence University), and their US News rankings are from  55 to 66 in their respective categories. Their graduation rates range from 74% (Purdue) to 89% (Wheaton). They meet from 71% (Ohio State) to 97% (Denison) of demonstrated financial need. 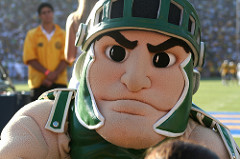 If you want to go to one of the best colleges in the Midwest, research the schools on the list that interest you to determine if you want to apply to them. Think of the factors that are important to you in a college including cost, size, selectivity, location, and the majors offered. Look at the school’s website and use guidebooks, college finders, and search websites to help you in the college selection process. If possible, consult with teachers, counselors, parents, current students, and alumni.

Also, just because a school didn’t make the list doesn’t mean it’s a bad school. In your college search, you should identify the school that’s the best fit for you. Some schools may not rank well because they’re not as selective or have fewer financial resources. However, they may have academic programs, professors, and a campus environment that will enable you to have a high quality of life while you’re in school and reach your academic and professional goals.

Do you want to go to one of the best colleges in the Midwest, but you're worried that your standardized test scores are too low? Check out the Ultimate SAT Prep Study Guide or 15 ACT tips and tricks to help raise your score.

Are you worried about the cost of attending a great college? Find out how much college really costs, learn how to save for school, and read this post about how to pay for college.