College GPA Requirements: What Do You Need to Get In? 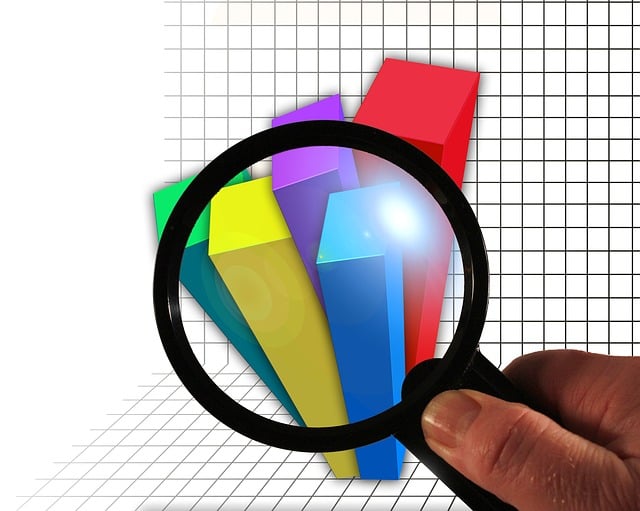 As a high school student, you may be wondering if your GPA is high enough to meet the admission standards at your college of choice. Not every college has specific GPA requirements, but it's possible to estimate a cutoff for admission based on statistics from previous classes. In this article, I'll explain how GPA requirements for colleges work and give you the tools to figure out exactly how high your GPA should be to apply successfully to your dream college.

Do Many Colleges Have GPA Requirements?

Most 4-year universities have minimum GPA requirements for applicants. Most of these are suggestions rather than hard limits, but they're good guidelines to follow if you want to have a strong chance of acceptance.

Colleges with minimum GPA requirements tend to be public schools. Since these schools receive larger pools of applicants, it's much easier for them to sort students by statistics like GPA. The Massachusetts public university system is an example of a group of colleges that imposes minimum GPA requirements on applicants. In this case, students must earn at least a 3.0 weighted GPA for admission.

Here are a few additional examples of schools that have minimum GPA requirements: 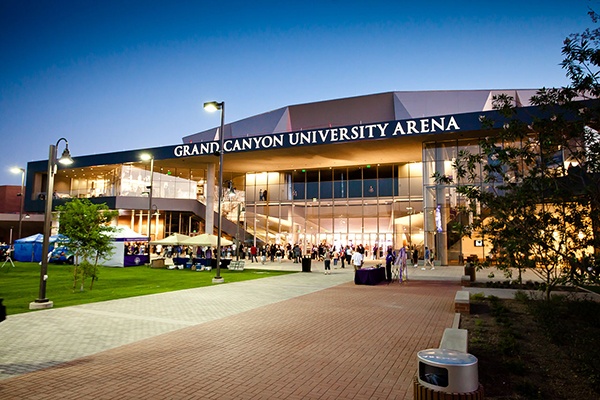 Can You Still Get Into a College If You Don't Meet the GPA Requirements?

Some schools admit students who have a lower GPA than their required minimum if the student meets a certain score on the SAT or ACT. For example, Grand Canyon University accepts students with a 2.5 GPA if they've scored at least a 1000 on the SAT or a 19 on the ACT.

However, students who don't meet a college's GPA requirements are less likely to make it through the initial review of applications unless they've done something else outstanding in high school. A college that has minimum GPA requirements may admit some students who have lower grades if they show exceptional promise in other areas like athletics, test scores, or extracurricular pursuits.

For example, if you're a nationally ranked tennis player and will be a huge asset to the school's team, you could probably get away with a lower GPA than the college requires. This might also apply if you accomplished something unique in high school that not many other students have done, like starting your own successful business.

So while it's possible to circumvent college GPA requirements, you shouldn't count on special circumstances to bail you out. Your best bet for admission is to (at the very least) surpass the minimum requirement for admitted students.

Don't count on a mutant hybrid of Christian Bale and a hay bale to bail you out either.

How High Does Your GPA Have to Be to Get Into College in General?

Looking beyond specific schools, you may be wondering how high your GPA should be if you want to end up as a competitive applicant for colleges overall. The national average unweighted GPA for high school students is a 3.0 (a B average), but this is for all students, including those who don't plan to attend college. Students who do attend college will have slightly higher GPAs on average.

If you want a solid chance of getting into a four-year college, the lowest GPA you can get away with is probably around a 2.0 (a C average). Keep in mind that this is only enough for acceptance to the least selective schools in the country, and it's still risky. For even mildly selective schools (think 60-80 percent acceptance), you should have at least a 3.0 unweighted GPA. Once you start thinking about even more selective colleges (less than 60 percent acceptance), GPA standards are usually around a 3.5 or higher.

If your weighted GPA is higher than a 4.0, that doesn't mean you'll be accepted to any college where you apply. Pay attention to your letter grades and your course levels to make sure you're on track. Challenging yourself in hard classes and earning a few Bs is more impressive to colleges than a transcript full of straight As in courses that were clearly too easy for you. 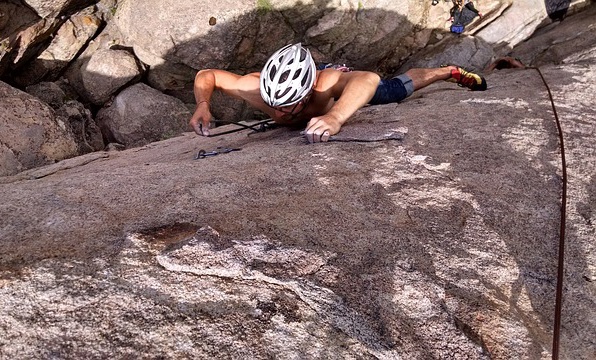 Do your homework while free-climbing a sheer cliff face. It's the only way to show colleges that you're committed.

What Are the GPA Requirements for Your College Goals?

General statistics are all well and good, but your GPA standards should really be determined by your individual college goals. You may not plan on applying to a college that provides concrete GPA requirements, but you can still estimate what it takes to get into the schools that interest you.

The best way to do this is to Google "[name of college] PrepScholar admission requirements." The first result should be a link to a page that lists admissions statistics for whatever school you chose. Before you look at the GPA statistics, notice the admissions rate. Any school that has an admission rate below 15% will be a reach no matter what GPA you have, so don't assume that surpassing the average GPA guarantees you a spot.

Since we're relying on the schools themselves to provide statistics about their average GPAs, the numbers are often skewed high. The GPA range above probably reflects a mixture of weighted and unweighted GPAs. We don't know for sure whether it's out of 4.0, 4.5, or 5.0 (or some combination of different scales). This makes things much less clear-cut. 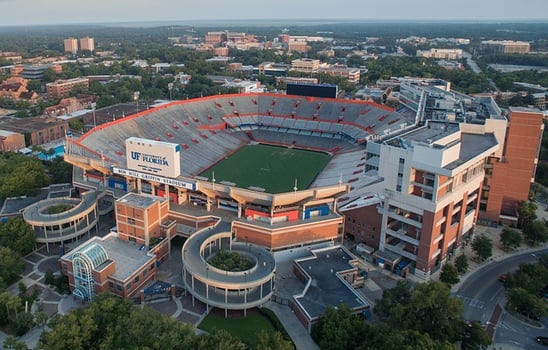 If you see that a school has an average GPA that's higher than a 3.75, you can assume that you will need to take at least some advanced classes and earn As and Bs to have a strong chance of being accepted. Unless the school's admission rate is lower than 20 percent or so, don't assume that most students have near-perfect grades.

At Harvard, for example, the average GPA is a 4.18. This is actually lower than the University of Florida's, but with a 5% admissions rate and an average ACT score of 34, it's clear that Harvard is significantly more competitive.

The takeaway is this: Don't look at the average GPA as the be-all-end-all number. It's more of an estimate since high schools vary so dramatically and colleges calculate GPAs differently.

What Should You Do If Your GPA Is Too Low for Your School of Choice?

If your GPA is lower than average for the schools that interest you, there are a couple of ways you can improve your chances of being accepted.

If you're a freshman or sophomore, you still have time left to raise your GPA. Depending on what your specific struggles are, you might try revising your study habits in various ways. Read this article for advice on strategies you can use to improve your grades.

If you're already in your junior or senior year, you don't have much (or any) time left to raise your GPA. In this case, you may try to bolster other parts of your application to make up for it. You can often compensate for a slightly below average GPA with higher than average SAT or ACT scores.

At the University of Florida, the middle 50% of admitted students earned between 1280 and 1440 on their SAT. This is between about the 81st-96th percentile marks for SAT scores nationally, so students in the top 20% of the SAT score range are most likely to be admitted. A 1440 combined with a 4.1 GPA gives you about the same chances at the University of Florida as an 1360 combined with a 4.4 GPA.

Beyond standardized test scores, you may also be able to make up for a lower GPA with impressive extracurricular achievements that demonstrate your passions and unique interests. This could include anything from running your own Etsy shop ,to organizing a Quidditch tournament at your school, to building robots in your free time.

If you're involved in community service or are a leader of a club, you should highlight these facts on your application. Even if you just had to work a boring part-time job throughout high school, that counts as an extracurricular activity and shows that you are capable of handling real world responsibilities. 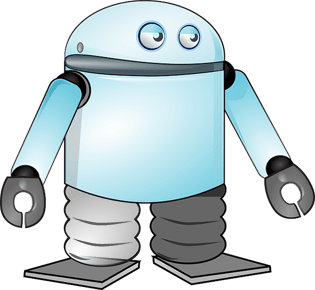 Make sure your robot doesn't gain sentience and turn against you.

College GPA requirements aren't everything when it comes to admissions, but they can play a strong role in the decision-making process. To get into any four-year college, your GPA should be at least a 2.0 or higher. If you're aiming for selective colleges (less than 60% acceptance rate), you should shoot for at least a 3.5.

Remember, these estimates aren't necessarily accurate for every student or every college. Look up admissions requirements for schools that you like to get a better sense of their academic standards.

Keep in mind that your high school may calculate GPA differently than other schools (especially if it's recorded on a weighted scale). Your 4.0 weighted GPA won't be as impressive as the 4.0 unweighted GPA of another student at a different high school who took higher level classes than you.

Course levels are very important. You can have a GPA that's slightly lower than a school's average and still have a chance of getting in if you earned it in by taking the most challenging classes your high school offers. Always continue to push yourself and work towards higher academic goals if you hope to be admitted to selective colleges. 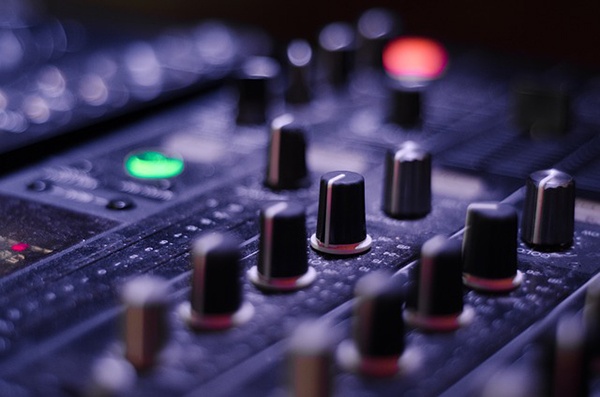 Pay attention to the levels in your application mix.

Do you have a B average but want to improve even more to get into more selective colleges? Read this article for advice on what you should do based on your current GPA.

If you're aiming for the most competitive schools in the country, advanced classes are a must in high school. Find out how many AP classes you should take if you're applying to Ivy League schools.

You can also consult this article for general advice on which classes to take in high school.