What Is a Flapper? The Glamorous History of Women in the 1920s

Flapper Definition: Who Were These Women Exactly?

First off, what is a flapper?

"Flapper" was a term given to young, progressive Western women in the 1920s (or the Roaring Twenties) who were primarily known for their modern sense of style and new attitudes toward womanhood, gender roles, and sexuality.

Flappers were often described by older people as energetic and wild—sometimes even dangerous or immoral as a result of their forward-thinking personalities and disdain for conventional notions of women’s roles and appearances. Indeed, flappers were strong proponents for women’s social, political, economic, and sexual freedom.

Most flappers had a similar sense of fashion and style. They wore shorter, more revealing dresses, with thinner layers for ease of movement and dancing at jazz clubs. They also kept their hair short (in a bob), wore high heels and makeup, and swapped traditional corsets for bras and lingerie.

In terms of lifestyle, flappers were known to smoke, drink, dance, and enjoy sexual freedom that was unknown to prior generations of women. Flappers helped to establish a far more laid-back culture of dating and engaged in casual sex, which differed greatly with the rigid norms of the Victorian era.

In general, flappers were young, single, urban, middle-class women based in the United States and Europe. (Our main focus for this article will be on the American flapper.)

Not much is known about the origins of the word "flapper" and how and when it entered American slang, though one theory suggests the word was British slang for "a wild, flighty young woman."

Famous American flappers include actress Clara Bow, who played a flapper in the hit 1927 movie It, and actress Louise Brooks, whose bob hairstyle inspired the iconic flapper girl look. There was also Josephine Baker, a French-American entertainer and flapper, who gained worldwide acclaim after moving to Paris in the 1920s.

Finally, flapper and author Zelda Fitzgerald was the inspiration for the female protagonists in her husband F. Scott Fitzgerald’s novels, most notably The Great Gatsby, for which she was the real-life inspiration behind Daisy Buchanan. Fitzgerald is also known for her 1922 "Eulogy on the Flapper," which describes the flapper movement in exquisite detail. 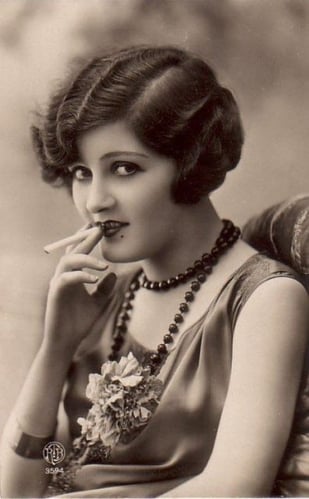 How Did Flappers Come About? And Why Did They Disappear?

Many factors—economic, political, social, and technological—contributed to the rise of flapper girls and women in the 1920s.

During World War I (1914-1918), when many men were away fighting, women were the ones who took charge of the economy: they began working new, high-paying jobs that had previously been closed off to them. After tasting this newfound economic freedom, most women had little desire to return to homemaking following the men's return at the end of the war.

Political changes happening at this time, too, gave women more confidence in their freedoms and ability to step away from Victorian notions of womanhood. The 19th Amendment was passed in 1920, giving women the right to vote for the first time.

That same year witnessed the ratification of the 18th Amendment, which banned the production and sale of alcohol. This time came to be known as Prohibition. Even with Prohibition, though, alcohol consumption did not diminish: underground speakeasies began to pop up, and many men and women would visit these places to drink alcohol, listen to jazz, and socialize.

Other social changes in favor of women’s rights—such as an increase in opportunities for women to attend college, Alice Paul’s proposal of the Equal Rights Amendment in 1923, and easier access to birth control for women—set the stage for a new "modern" ideal for women to imitate.

Finally, innovative technologies, such as Henry Ford’s mass production of cars, allowed women to gain a sense of physical independence, away from the confines of the home.

All these social, political, economic, and technological changes helped pave the way for the rise of the flapper. But, as we are aware, flappers weren’t just known for their attitudes and lifestyles but also for the unique way they looked and dressed.

The flapper girl image developed as a sort of variation on the Gibson Girl, an idealized vision of the feminist "New Woman" that was popular in the 1890s and early 1900s. The Gibson Girl was athletic, independent, sophisticated, and highly educated, but she was also graceful and feminine—traits that would eventually differ greatly from the image of the flapper girl.

Although the flapper look and lifestyle remained popular and inspired many women in the 1920s, the movement ultimately lost momentum in 1929 when the stock market crashed.

With the start of the Great Depression, people found it difficult, if not impossible, to keep up with their once-frivolous lifestyle and spending habits, causing the flapper trend to fade into obscurity. 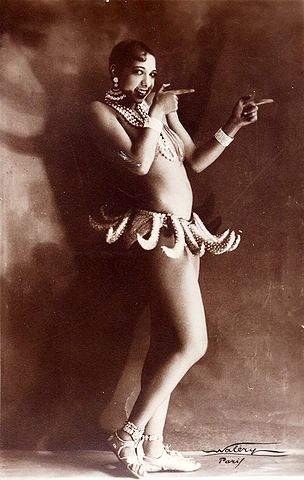 The Impact of Flappers on Society Today

Even though the idea of the flapper girl died out shortly after the 1920s, these women still had a notable impact on our culture today—particularly on women’s rights and lifestyles.

First, flappers set the stage for a much more liberated view of women’s sexuality in that they made it so women would no longer be considered impure, immoral, or dangerous for engaging in casual, consensual sexual activities. In this sense, flappers dispelled the myth that a woman’s worth is defined by her virginity or purity.

Secondly, flappers’ progressive fashion choices gave women a bigger, more comfortable array of clothing options than what had been previously available. Nowadays, women have lots of choices when it comes to fashion, and we are (thankfully!) no longer confined to only corsets and long dresses.

Finally, flappers as a whole helped develop women’s modern sense of independence. Flappers emphasized the importance of women making their own choices regarding their appearance and social activities. These are privileges that all women today can enjoy! 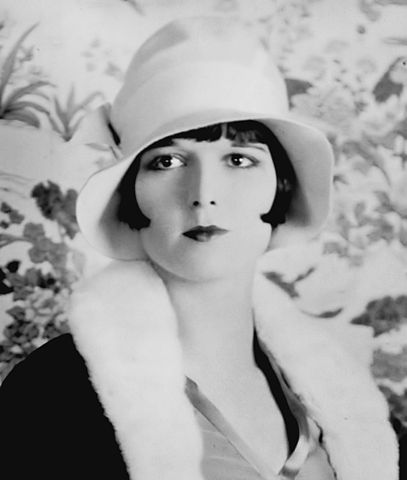 Conclusion: What Is a Flapper?

The flapper, or flapper girl, was an ideal vision of a modern woman that rose to popularity among women in the 1920s in the United States and Europe, primarily as a result of huge political, social, and economic upheavals.

Many women didn’t want to give up the well-paying jobs and economic freedom they'd acquired during World War I. Furthermore, the passage of the 18th and 19th Amendments in 1920 ended up popularizing underground speakeasies and giving women more political freedom.

Flappers were typically young, urban, single, middle-class women who engaged in activities such as smoking, drinking, dancing, dating, and casual sex. They wore short and thin clothing, cut their hair in bobs, donned high heels, and put on makeup—all choices that ultimately allowed women to break free from the stifling notions of womanhood prevalent in the Victorian era.

The flapper movement didn't last forever, though, and came to an end with the stock market crash in 1929. As the Great Depression hit, women could no longer afford the frivolous, carefree lifestyle being a flapper entailed.

Nevertheless, there's no denying that the flapper girl icon and movement had a notable impact on society. Even now, we can see traces of the flapper ideal when we consider how contemporary society and women today have been clearly (and positively!) influenced by the progressive actions of the flappers.

Got questions about other major figures and events in American history? Then check out our in-depth guides to what the Open Door policy was, how hip hop came about, and who Ida Lewis—famed lighthouse keeper—really was.

Trying to prep for the AP US History exam? We've got you covered! Review exactly what's tested on the exam with our expert guide, and then find the best AP US History books to use in your prep.