What Is the 25th Amendment? A Simplified Guide 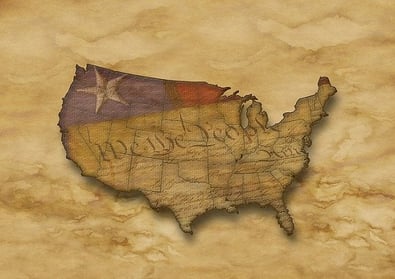 Constitutional Amendments are a critical part of the US Government, but that doesn't mean they're easy to understand. They're often filled with jargon and are difficult for non-experts to understand right off the bat. Fortunately, we're here to help.

This guide gives an in-depth but clear and easy-to-understand 25th Amendment summary. Some of the key points we cover are:

To make it easy to find the specific information you're looking for, use the links below to jump to different sections of this guide.

What Are Constitutional Amendments? Why Are They Important?

Before we focus on the 25th Amendment, let's take a brief look at Constitutional Amendments in general. The Constitution of the United States is a document that serves as the foundation of the U.S. Government. It lays out the United States’ governing system, the system of checks and balances that keeps the government in line, and the fundamental laws that run the nation.

As times change, the Constitution occasionally needs to be updated to include the new rules, laws, or rights that a country believes are fundamental to its operation.

An amendment to a constitution adds to or changes the original constitutional document. The United States Constitution can be amended through a very specific, and fairly difficult, process that’s outlined in Article 5 of the U.S. Constitution.

Once amendments are ratified (formally approved), they are treated with equal importance and weight as if they were included in the original document signed over 200 years ago. Since it was passed in 1789, the U.S. Constitution has been amended 27 times. The most recent amendment to the Constitution is the 27th Amendment, which was ratified in 1992. 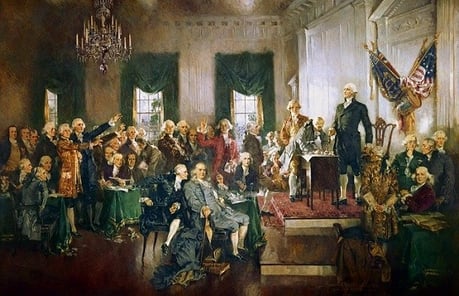 What Is the 25th Amendment? When Was It Ratified?

Before the 25th Amendment, there was no formally established succession order for the offices of the president and vice president and no clear procedure to follow when the president became too disabled to carry out his duties. When President William Henry Harrison died in office in 1841, Vice President John Tyler declared that he was the new president. It was inferred, but not formally laid out in the US Constitution, that the vice president assumes the office of president in instances like these, so Tyler was eventually accepted by Congress as the new president, although there was some pushback. Similarly, when presidents suffered from severe illnesses or injuries (for example, President James Garfield lying in a coma or near-coma for nearly 80 days before dying after he was shot in 1881), the country lacked effective leadership for sometimes weeks at a time. There was no clear standard for what should be done in these situations, and vice presidents were hesitant to look as though they were trying to take over the office, so the government was severely hindered.

These issues came to a head in 1963, when President John F. Kennedy was assassinated, and there was confusion over how to fill the office of vice president (as Vice President Lyndon B. Johnson was now the new president) as well as concern over what might happen if President Johnson became ill or incapacitated before a new vice president was approved. Led by Senator Birch Bayh, Congress focused on the issue of succession and, in July 1965, the 25th Amendment was sent to the states for ratification. It was ratified on February 10, 1967.

The 4 Sections of the 25th Amendment Explained

Now that you have a solid 25th Amendment summary, let's look at the amendment more in depth. There are four sections to the 25th Amendment. For each section, we first include the complete text then explain what it means in simple terms. After that, we discuss instances that each section has been used or people have considered using it.

"In case of the removal of the President from office or of his death or resignation, the Vice President shall become President."

This section is pretty straightforward and covers information most Americans already know: If the president leaves office, for whatever reason, the vice president takes over and becomes the new president.

Section 1 of the 25th Amendment has been used once, by President Richard Nixon. President Nixon resigned on August 9, 1974. Vice President Gerald Ford became president as soon as Nixon resigned.

"Whenever there is a vacancy in the office of the Vice President, the President shall nominate a Vice President who shall take office upon confirmation by a majority vote of both Houses of Congress."

This section explains what happens when there's a vacancy in the office of the vice president. When a vacancy occurs, the president is the one who nominates a new vice president. However, before that person can become vice president, they need to be confirmed by a majority of both the House of Representatives and the Senate. When all seats in Congress are filled, a majority vote requires at least 218 votes in favor from the House of Representatives and 51 votes in favor from the Senate.

Section 2 of the 25th Amendment has been used twice. The first was on October 10, 1973, when Vice President Spiro Agnew resigned. Two days later, President Nixon nominated Gerald Ford to be vice president. Ford received majority votes in both the House of Reps and the Senate and became the new vice president on December 6.

The second time was when President Nixon resigned and Gerald Ford became president, leaving the office of the vice presidency vacant. On August 20, 1974, he nominated Nelson Rockefeller, who was confirmed by Congress and sworn in on December 19.

Fun fact: Gerald Ford is the only person to have become both Vice President and President of the United States without being elected to either office. He got both of these new positions through the 25th Amendment. 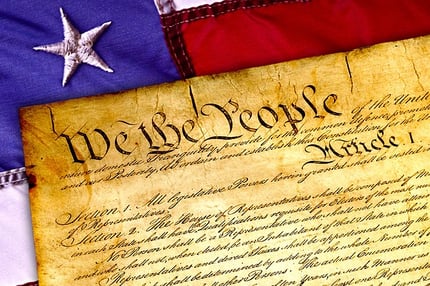 Section 3 of the 25th Amendment covers what happens when the President decides to temporarily give up power. This might happen if the President is ill or undergoing a medical procedure where he'll be incapacitated and temporarily unable to perform his duties as president. The President must declare this decision in writing to the President pro tempore of the Senate (the second-highest-ranking official in the Senate) and the Speaker of the House of Representatives (the leader of the House of Reps). When this happens, the Vice President takes over the duties of the president and the president (although he remains in office) has no authority. To regain his authority, the president must put into writing that he is again fit to act as president.

Section 3 of the 25th Amendment has currently been used three times, each time when a president was undergoing a medical procedure:

For each use of Section 3, the vice president only had power transferred to him for a few hours.

Section 4 covers what happens when the president is incapacitated and unable to hold office but is unable to or refuses to formally give up the powers of the office.

You might notice that some of the language is vague in this section. There is no definition or standard for what it means to be "unable to discharge the powers and duties of his office." This was done purposely. The writers of the 25th Amendment didn't believe a rigid definition of what it meant to be capable or unable to carry out presidential duties should be included as they felt it was better for the members of government to decide this on their own as the situation arose. Some potential examples put forth by Constitutional scholars of when Section 4 might be needed is if a president is kidnapped, has an unforeseen emergency, or has traits or illnesses that prevent them from carrying out presidential duties, even if there hasn't been a formal medical diagnosis.

Let's break what happens when Section 4 is being considered. To use Section 4, the vice president must believe the president can no longer carry out the duties of the office. Additionally, a majority of either "principal officers of the executive departments" or some other Congressional body must agree.

The "principal officers of the executive office" refers to the fifteen cabinet members:

However, if the president still believes he's fit to hold office, he can submit his own written declaration saying he can still perform his duties. As soon as that happens, he immediately resumes his powers, and the vice president is no longer acting president.

The fourth section of the 25th Amendment has never been used, although it has been considered several times. In 1981, President Reagan was shot by an attempted assassin. He didn't have time to invoke Section 3 of the 25th Amendment before undergoing surgery. Vice President George H.W. Bush at the time chose not to invoke Section 4 because he was on a plane at the time of the shooting and, by the time the plane landed, President Reagan was out of surgery. (A draft of the vice president's letter was prepared but never signed.) Towards the end of President Reagan's presidency, some of his political opponents also discussed using Section 4 as they believed the president was showing signs of dementia. However, this was never carried out.

In 2021, after the storming of the US Capitol, multiple high-ranking politicians, including Senate Minority Leader Chuck Schumer and Speaker of the House Nancy Pelosi, called for Section 4 to be invoked after President Trump was accused of inciting the violence. Several members of President Trump's cabinet were also said to be considering invoking Section 4. 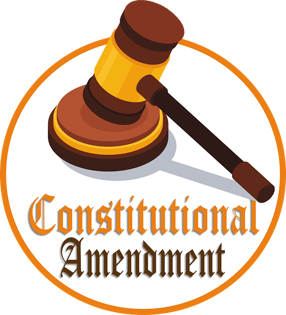 Want to learn more about the U.S. Government and how it works? Check out these articles on how a republic is different from a democracy, how checks and balances work, and how the executive branch checks the judicial branch of government.

Interested in learning more about other Constitutional Amendments? Check out our guide on the 14th Amendment, which clarifies issues around US citizenship.

Curious about early US history? Our guide to the 13 colonies covers all the important and interesting facts about the original colonies.

The Platt Amendment was written during another key time in American history. Learn all about this important document, and how it is still influencing Guantanamo Bay, by reading our complete guide to the Platt Amendment.