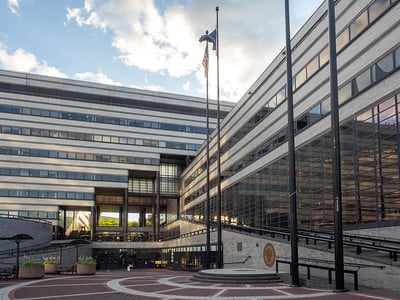 The City University of New York system is the lesser-known member of New York State's public university system. Unlike New York's SUNY colleges and universities, however, all the CUNY schools are located in NYC.

In this article, we'll go over a list of CUNY schools in NYC and CUNY locations along with what to consider when choosing which CUNYs to apply to.

What Are the CUNY Colleges? How Many CUNY Schools Are There?

The City University of New York college system, or CUNY, is a public university system with branches in all five boroughs of New York City.

Because all CUNY schools are public colleges, tuition is significantly cheaper for residents of New York City (for the community colleges) and New York State (for all other CUNYs) than at comparable private schools; for 2021-2022, tuition is $6,930 per year for undergraduates at 4-year CUNY colleges.

Altogether, there are 25 CUNY campuses, 12 of which have 4-year bachelor's degree programs (and another two of which allow you to finish up a BA you started at another school or community college).

In the next section, we'll go over a list of CUNY schools in NYC.

We've divided up the different CUNYs into three lists based on location and type of degree offered (associate's, bachelor's, or graduate). (Note that many of the schools below also offer certificate programs or individual classes for those with a high school diploma who don't want to complete a full degree.)

CUNY community colleges are open to students who have completed high school or have a high school diploma and offer 2-year associate's degree programs (although if you attend part-time, it may take longer than two years).

*Students applying to Macaulay Honors College must choose a home campus to attend most of their classes at; this home campus can be any of the above CUNY 4-year colleges except Medgar Evers, City Tech, or York College.

*For undergraduate students, only open to those who have already completed at least 24 credits from a regionally accredited institution with a cumulative GPA of 2.5 or better.

In total, there are over 270,000 students across all the CUNY campuses, of which nearly 170,000 are full-time undergraduates earning a bachelor's degree.

Two of the graduate and professional CUNY schools (School of Labor and Urban Studies and School of Professional Studies) do also grant bachelor's degrees, but only to students who transfer in to complete their final two years there. Essentially, the undergraduate programs at the SLU and SPS are the complements to the 2-year associate's programs at all the CUNY community colleges.

Leaving the community colleges and graduate and professional schools aside, we're next going to go a bit more in depth to the different 4-year CUNY colleges and discuss how to choose which ones to apply to. 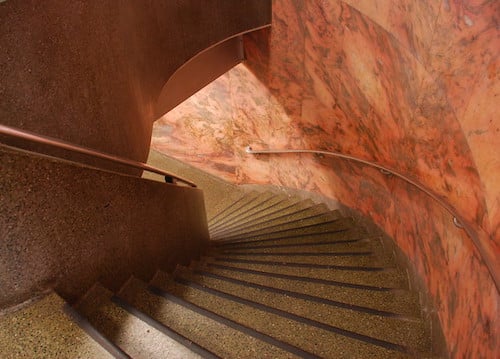 Which CUNYs Should You Apply To? How to Choose

As we discuss at length in our articles on how to choose which colleges to apply to and how to research colleges, there are many factors that go into influencing what schools you should apply to (and which schools should be your safety schools, target schools, or reach schools). These factors include school location, cost, academics, acceptance rate/admission requirements, job prospects post-college, and many others. Furthermore, the degree to which each factor matters will differ for each student.

For CUNY colleges, however, at least some of the variables are set: all the schools are located in one of the five NYC boroughs, and all the 4-year colleges have the same $6,930 per tuition cost for in-state residents (except Macaulay Honors College, which has free tuition for in-state residents).

So what's left to judge the different CUNY colleges on? Even though all the CUNY schools are in New York City, which part of the city they're in might still be a factor, particularly if you're commuting from home (or work) to go to school: it's one thing to live in Forest Hills and go to Queens College or York College and quite another to have to schlep all the way to Staten Island or the Bronx each day.

Academic reputation and what percentage of students graduate are important for any school but are particularly important for CUNYs if you're thinking about getting a job in New York City after (or during) school—people who live and work in the city know the reputation of the different CUNY schools. 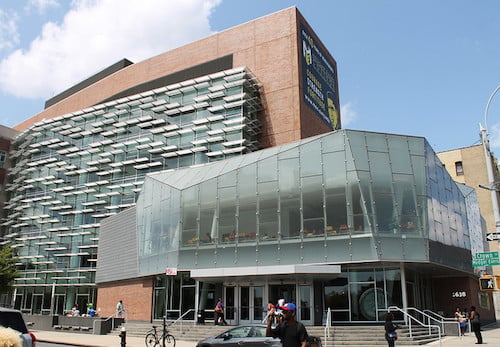 The College of Staten Island and Medgar Evers College (above), both have 100% admissions rates. Jules Antonio/Flickr

To help you decide which CUNYs to apply to, we've grouped all the 4-year CUNY colleges by location and listed for each relevant stats, including enrollment numbers, admission rate, 25th and 75th percentile SAT/ACT scores, neighborhood, and what percent of students graduate within four years.

We've also included the US News & World Report ranking for each school when applicable; while this is by no means a perfect measure of how good each school is, it does help to give a sense of how all the schools compare to each other overall (although we have more specific details on which CUNY schools are best in this article). 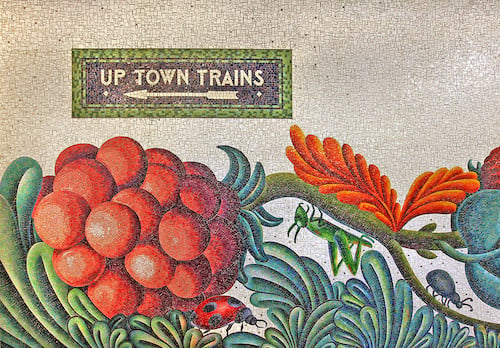 CUNY Colleges in the Bronx

Of the 11 4-year CUNY colleges, there is only one located in the Bronx: Lehman College. We have the rundown on stats for Lehman College below.

Three of the four-year CUNYs are located in Brooklyn: City Tech, Medgar Evers College, and Brooklyn College. Of the three CUNY schools in Brooklyn, City Tech has the largest undergraduate student population (17,000+), Medgar Evers has the highest admit rate (90%), and Brooklyn College by far both admits a lower and graduates a higher percentage of students than the other Brooklyn CUNYs. 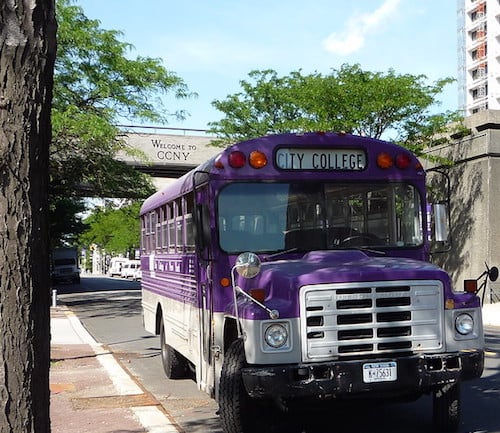 In addition, Macaulay Honors College is also headquartered in Manhattan's Upper West Side. We'll spend some time discussing Macaulay first, as it's a little different from the rest of the CUNY 4-year colleges.

Students applying to Macaulay are asked to pick two schools they'd want as their home campus from a pool of eight (Lehman, Brooklyn College, Baruch, City College, Hunter, John Jay, Queens College, or the College of Staten Island) and are assigned a home campus once accepted to Macaulay Honors College.

Here's the most recent breakdown of what percentage of Macaulay students have each of those eight campuses as their home campus.

The chart above shows that the majority (62%) of Macaulay students have Manhattan home campuses (which makes sense, considering the Manhattan location of Macaulay's building).

Macaulay Honors College doesn't provide the same public admissions statistics as the other CUNY 4-year colleges, so we don't have specific information about admission rate, total enrollment, and how many students graduate within 4 and 6 years.

Macaulay also doesn't provide 25th/75th percentile scores; however, its fact sheet does note that  the average SAT score for Macaulay students is 1414. 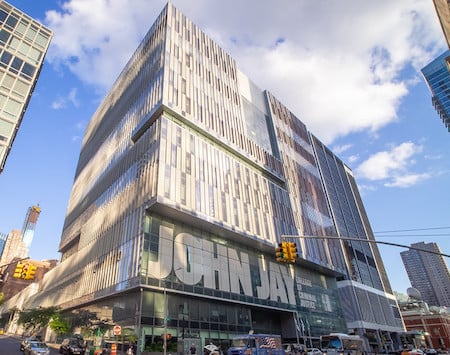 There are two CUNY senior colleges located in the Queens borough of New York City: Queens College and York College. Of the two, Queens College is both larger and more selective than York College, accepting only 49% of students who apply (compared to York's 73% acceptance rate). 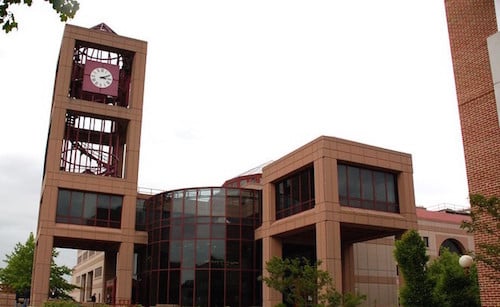 Want to get a scholarship to Queens College? You probably shouldn't brag, but try to amaze and astonish. Muhammad Ghouri/Flickr 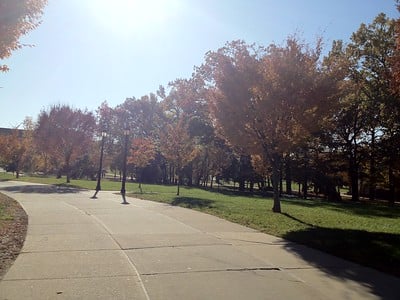 Want to learn more about the City University of New York system? Try our articles on what CUNY is and the best CUNY colleges.

Why attend a CUNY school instead of a SUNY school, besides location? Learn more with our guide to CUNY vs. SUNY. You can also find out more about SUNY schools with our complete list and SUNY schools application tips.

Considering attending other public universities? We go into the differences between public vs. private colleges here. If you're a high-achieving student, be sure to also check out our articles on the Public Ivies and top public universities.