You’ve likely come across Roman numerals in your everyday life and wondered why we still feel the need to use them today. After all, isn't there a much easier way to write out numbers?

What Are Roman Numerals and How Do They Work?

Roman numerals are an ancient numbering system that originated in Rome (hence the name "Roman"). As you probably know, they're very different from what the majority of people and cultures use today, which are Arabic numerals, or the digits 0, 1, 2, 3, 4, 5, 6, 7, 8, and 9.

Unlike Arabic numerals, Roman numerals are a tight system of only seven symbols, which you can combine to form new numbers through special rules of addition and subtraction (we'll explain how these rules work in just a moment).

Here are the seven Roman numerals and what they mean:

These are the fundamental numbers Roman numerals represent when used alone.

To form other numbers using this system, you place the numerals side by side to indicate addition. If a numeral comes after a numeral that is larger or equal in value, then it must be added to the numeral before it.

Or, let’s say you wanted to write the number 56 in Roman numerals. To do this, you'd start with the largest unit represented by a Roman numeral—in this case, that’s 50, which is represented by an L. Then, you’d add a V (5) followed by an I (1) to make 6. This would give you LVI, or 56. 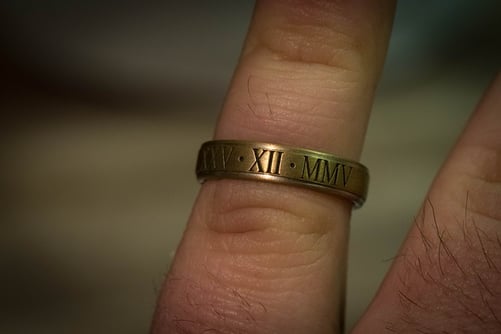 For example, to make the number 4, you can't just write IIII because you can’t add more than three I’s together. What you’ll need to do is subtract 1 from 5 (I from V). To depict subtraction in Roman numerals, you must put the smaller numeral directly before the numeral it’s being subtracted from. For 4, this would be IV (meaning V − I, or 5 − 1).

Note that you can’t subtract more than one value from a Roman numeral.

Here’s another example: say you want to write the number 719 in Roman numerals. To start, you’d have to find the biggest value—that’s the hundreds. Remember that D stands for 500 and C stands for 100, so you can simply add these symbols together to form 700: DCC.

Now, put these two parts together to get the Roman numeral combination for 719: DCCXIX.

Subtraction is only used for specific numbers and number combinations. These are any numbers that end with the digits 4 or 9, as well as the numbers 40, 90, 400, and 900:

*Though normally considered incorrect usage, IIII is sometimes used instead of IV on clocks.

As you probably noticed above, Roman numerals only go up to M (1,000). According to the rules of addition and subtraction, this means that the biggest number we can form in Roman numerals is MMMCMXCIX, or 3,999.

But there are ways you can represent numbers even higher than this.

One method is to draw a horizontal line, or bar, across a Roman numeral (or combination of numerals) to multiply it by 1,000. For example, if you wanted to write 5,000, you’d write V. 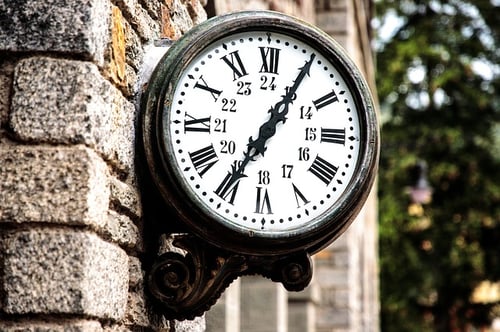 Why Should You Know What Roman Numerals Are?

Roman numerals are still used today in a variety of situations, so it’s vital that you understand how to read them.

Although Arabic numerals far outnumber (pun intended) Roman numerals in terms of the breadth of situations in which they’re used, it’s certainly worth taking some time to sit down and learn how to use Roman numerals—especially if you plan to go into football or film production!

These are the main numbers you can write using the seven Roman numerals.

But if you want to write even bigger numbers, here is the Roman numerals converter chart to use. Recall that a bar on top multiplies the number by 1,000. 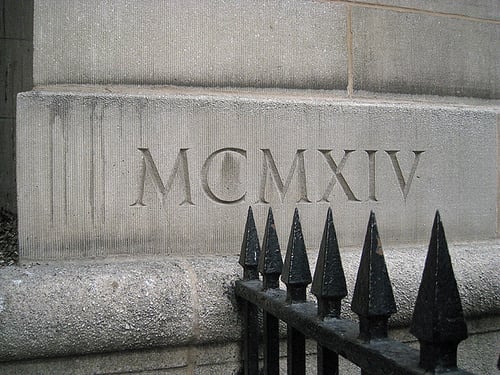 A lot of people are curious about how years look when rendered in Roman numerals, as this is a common practice used on buildings (usually to indicate the date of construction), in movies, and to emphasize birthdays and other important dates on things such as rings and tattoos.

Below is a Roman numeral date converter chart you can use to help you quickly get a feel for what different years look like in Roman numerals:

How to Remember Roman Numerals: 3 Methods

You won’t always have access to Roman numeral converter charts like the ones we’ve given you above, so how can you make sure you understand how to correctly read Roman numerals?

Here are three methods you can use to help you remember Roman numerals and how they work.

Lots of students find it easiest to memorize the seven Roman numerals by using a simple mnemonic device. Such a device can help you remember the Roman numerals by reminding you of the letters used to represent them from smallest to largest, or vice versa.

Once again, these letters are as follows:

Here are some common mnemonic devices:


Feel free to make your own mnemonic device instead if you don’t like any of these or find them difficult to memorize.

#2: Come Up With Your Own Associations

Some people prefer to memorize Roman numerals by coming up with specific associations with the letters and numbers they represent or by thinking of certain words/phrases (not necessarily mnemonic devices).

Other people think in terms of word associations or acronyms. For example, the Roman numerals L, C, and D might remind you of an LCD computer monitor. Knowing this association can help you remember the correct (ascending) order of these numerals.

Try finding your own associations to help you remember Roman numerals. 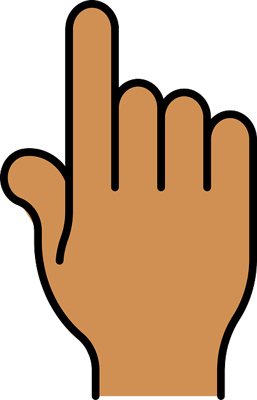 The last way to help you remember Roman numerals is to use what's commonly called the hand trick, which can be used for memorizing the first three Roman numerals (I, V, and X).

Start by putting up just one of your fingers to make a figure that looks like the Roman numeral I. So one finger = I. Simple enough, right?

Now, make a V-shape with one hand by pushing your thumb away from your other four fingers. Five fingers in a V-shape should remind you that the Roman numeral V equals 5.

Finally, make an X with both your hands. Doing this should make you see that 10 fingers in an X-shape corresponds to the Roman numeral X, or 10.

Before we wrap up this article, let’s take a short Roman numeral converter quiz to see how well you’ve managed to memorize Roman numerals and how they work (answers below).

Here’s a brief Roman numeral birthday converter chart you can use as a reference: 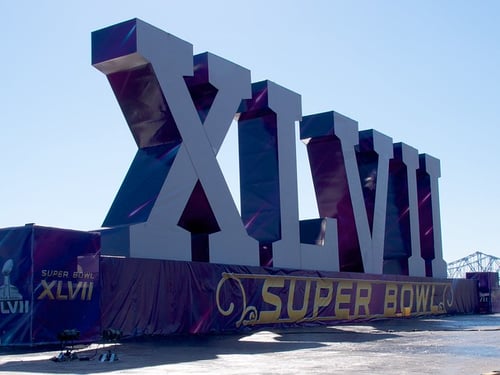 Final Words: Why You Should Learn Roman Numerals

Though Roman numerals originated in ancient Rome and aren’t used much in everyday life today, they’re still important to know, especially if you want to be able to read old-fashioned analog clocks and years for things like movie releases.

There are many ways you can help yourself remember Roman numerals. Here are three methods:

You should now know everything there is to know about Roman numerals!

There's a lot more to numbers than Roman numerals. Take a look at our expert guides to learn how to round numbers with decimals in them, how to convert decimals to fractions, and how to add and subtract fractions.

Interested in learning about large numbers? We explain what comes after a trillion and give you the names of tons of big numbers. We also go over how many zeros are in a million, a billion, and a trillion.